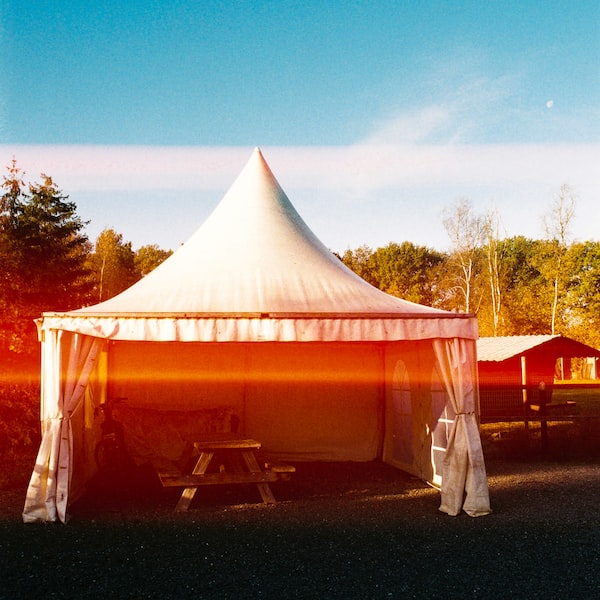 The creators of Tomb Raider this time came out with a Revenge video game, and we looked at why it is worth paying attention to as well as comic book and movie fans.

The protagonists of the brand new video game Square Enix, Crystal Dynamics (Tomb Raider series) and Eidos Montréal (Deus Ex) are the greatest heroes on Earth, namely Captain America, Thor, Hulk, Iron Man and Black Widow, though not from the actors of the Marvel Film Universe. they patterned (not even their voices), but we can experience exciting adventures with them alone or even as a team. Our partner, GameStar, has already reported on Marvel’s Avengers in the form of a test and video test, so if you want to read / hear about the pros and cons of the project from a professional point of view, you can find out through the links. This article, on the other hand, focuses on why, from a comic and film point of view, it’s worth paying attention to the games already available on the PC, PlayStation 4, Xbox One, and Google Stadia platforms.

We’re past four great Revenge movies (five if Captain America: Civil War also included), in which not only iconic bad guys like Loki, Ultron and Thanos appeared on the screen, but we could also follow the legend of Infinite Stones. However, Marvel’s Avengers isn’t affiliated with MFU, so the makers were able to come up with an idea that didn’t have to fit into the chronology of the films. In this story, our heroes have been around for a long time, people love them, which is confirmed by a fan meeting organized at the team’s headquarters, a turbocharged helicarrier called Chimera, where we join the events ourselves. During the big day, we can meet the heroes and watch the show from a VIP seat, except that a terrorist attack interrupts the happy moments, and as a result of the events leading up to the cataclysm, the members of the Avengers disperse and chase those with superpowers.

During the A-day (or B-day, if we take it in Hungarian), which turns into a nightmare, the experimental reactor of the floating base, operated with Terrigen crystals, explodes, which not only brought destruction, but also created inhuman, that is, inhuman. They may not only be familiar to comic book readers, as there have already been attempts by Marvel Television to introduce themselves as part of a series: if you remember, the first two parts of the Marvel’s Inhumans series ran in IMAX, and the rest in America on ABC and in Hungary on VIASAT 3 presented. Well, while the series focusing on Black Lightning and his royal family hasn’t gotten past a season, Marvel’s Avengers has a very important role to play for the inhuman, whose fate is linked to a new evil story: he’s George Tarleton, the genius leader of the human-hunting AIM tech who will become MODOK.

One of them is also the young Pakistani-American girl, the huge Avengers fan Kamala Khan, through whom the player can get involved in the A-day events. Kamala gains a resilience like the leader of the Fantastic Four, plus an increase in size, but perhaps more importantly, with his enthusiasm and perseverance, he is the one who manages to pull the team together, while at the same time a snappy, emotional and ever-opening person who touches our hearts. As for her heroic name, Ms. Marvel was Carol Danvers in the world of Marvel comics for a long time, but after she took on the identity of Captain Marvel, Kamala Khan became the new Ms. Marvel, the first Muslim hero in the Marvel Comics to receive her own comic book series. . By the way, Marvel Studios is dedicating its own Disney + series to Kamala, according to our latest information, British writer Bisha K. Ali (Four Weddings and a Funeral) is in charge of the script, and she also performs showrunner duties. He is rumored to start in the second half of 2021.

Marvel’s Avengers will continue to expand in the form of free content packages after its release. The first character will be given to players during October, he is the second Falcon Eye of the comics, Kate Bishop, trained by Clint Barton herself (Jeremy Renner’s Celtic life in the films). Bishop has different abilities compared to his mentor (he can also teleport based on the announcement trailer, for example) and will have his own story attached to him, which is closely related to Clint’s story coming in November, so both generations of Falcon Eyes will be playable later this year. By the way, Kate will also pay his respects at the MFU in the near future, and in the series for Disney + we will see Clint hand him the baton. Rumor has it that Hailee Steinfeld could sign for the role, but the casting is not yet official.

Unfortunately, due to the coronavirus epidemic, the independent film Black Widow could not be released in cinemas yet, although the production dealing with Natasha Romanoff’s past is special for two reasons: on the one hand it was shot in Hungary and on the other for the first time. or Trainer). The character is able to immediately learn and copy the moves of others, be it bare-handed fighting or using tools, and this is what Marvel’s Avengers presents to us when we have to take up the fight with the Widow in the game. By the way, Taskmaster has already appeared during another Marvel game, Marvel’s Spider-Man, released in 2018, where Spider-Man’s life was made more difficult.

Anyone who can go beyond not seeing a virtual replica of actors known from Marvel movies in the game will probably also go beyond the fact that the voices of the characters are not provided by Hollywood stars either. There were still real cannons in the dubbing: Tony Stark / Iron Man, for example, Nolan North voiced by gamers as Nathan Drake of Uncharted Games, but the actor also syncs animated series and even features them (like Con Man or the company of the Lying Chicks). Bruce Banner is another synchronous veteran, the thousand-sided Troy Baker interprets someone who is already over hundreds of roles, but it’s important to mention Laura Bailey (Marvel’s Spider-Man, Revenge Together Again) As a Black Widow, Jeff Schine (Mafia III, Resident Evil 3) As Captain of America, Sandra Saadet (Rage 2, Call of Duty: Modern Warfare) As Kamala and Travis Willinghamet also, who we have heard since 2008 as Thor in various works.

7. In the footsteps of melodies

Bobby Tahouri, who has taken part in the Battle of the Thrones, the Battle of the Titans, the Disturbia and The Iron Man, among others, was responsible for composing the music in the game. In terms of video games, Marvel’s Avengers isn’t his first work either, as his name can be tied to titles like Rise of the Tomb Raider, Transformers: Rise of the Dark Spark, Transformers: Revenge of the Fallen, and Medal of Honor: Warfighter.

Do you still remember when we got a reference to Captain America’s shield in Iron Man 2? Or when a copy of the Infinite Glove appeared in Thor? The Avengers game isn’t short of curiosities either, it’s worth looking around everywhere (especially during A-day and in the characters’ quarters in particular) because we can get different hints about the lives of the members. One such example is a relic of Natasha’s past, which we may have already tasted in the Age of Avengers: Ultron, and will probably be included in the Black Widow movie.

But it’s not just because of the easter eggs, it’s worth examining every inch of the tracks, but also for collectibles. In addition to the components needed to develop the characters and the drop-down boxes, it is recommended to pay attention to the comic booklets lying here and there, as we can constantly expand our virtual collection. In addition to the satisfaction of finding a piece of a set, we also get various bonuses, which, albeit to a small extent, help to increase the power of the heroes.

Maybe it wouldn’t be boring either if the members of the Avengers wore the same thing throughout the game, but we have the option to change their look. Each hero has an individual challenge system that allows them to unlock unique costumes (or armor in the case of Iron Man), alternative execution animations, emotes, and business cards by performing daily and weekly tasks. We can also get them all by playing, but anyone who wants to save time can also get them for real money. It’s worth emphasizing that these are for purely cosmetic purposes, we can’t buy stuff that affects gameplay. My personal favorite is the gangster-looking Hulk. Don’t ask.

Familiar name of Jordan Vogt-Roberts? The director has recorded films so far like feelgood Kings of the Summer or Kong: Skull Island, which focuses on King Kong, but will sooner or later be introduced to gamers as well, with the film version of Metal Gear Solid. Of course, Vogt-Roberts is no longer a stranger to the world of video games, as he directed Destiny 2’s live-action trailer in 2017 and – and here’s our turn back to the Avengers – Marvel’s Avengers ’latest CG preview, which is cozy, spectacular and brings the mood to play.

If you’re already whining about Marvel’s Avengers, be sure to write in a comment what your experience with it is, as well as what you think of what was said in the article.