Addiction to “Fortnite”: 60 percent of children play it without being of the recommended age 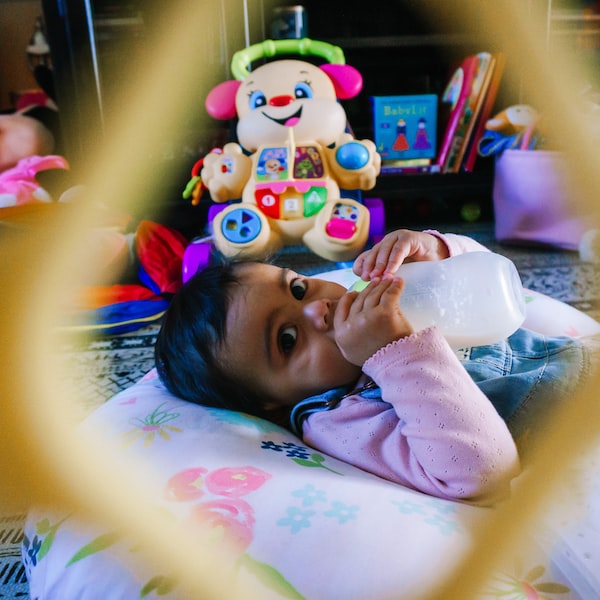 There is no doubt that “Fortnite” has already become one of the most important titles in the history of video games. This is demonstrated by the fact that, in two years of life, this battle royale has been able to attract 2,000 million users worldwide and to generate annual profits of $ 3 billion. Its mechanics, however, are extremely simple: a battle between a hundred participants in which only one can remain.

“In essence, Fortnite is nothing more than the computerized version of the game of the old pillap, which has always attracted both boys and girls. Recess time is now on the computer ”, points out Joan Arnedo, professor of Computer Science, Multimedia and Telecommunications Studies at the Open University of Catalonia (UOC) and co-author of the study“ Generation Z and Fortnite: New Ethical Paradigms of Design of video game”.

This work, prepared together with Rosa M. Gil, from the Department of Informatics and Industrial Engineering of the University of Lleida, among other professionals, focuses on the use that young people make of «Fortnite». According to the results of the survey carried out with 561 minors between 8 and 11 years old and which is part of the study, a 60 percent of children play “Fortnite” despite not reaching the recommended age to use it (12 years in Europe).

Of them, 74.6 percent say they use it only on weekends and holidays; while 25.5 percent play both weekends and during the week. On days using “Fortnite”, playtime is two hours or more a day for 42.2% and 57.8% they connect for one hour.

«This situation is not new in the field of videogames. In the end, except in very obvious cases, such as realistic violence or clearly sexual content, it always ends up falling into the trend that “it’s just a game”, and therefore this type of age recommendation is downplayed. The same applies to films ”, explains Joan Arnedo.

“In the case of Fortnite,” continues the UOC professor, “its age limitation is justified by two aspects. On the one hand, mild violence, which is totally disguised with its funny and cartoonish graphics. On the other hand, the fact of including in-app purchases. Therefore, it is more a question of legal implications and form than content. This makes it easy to self-justify that the recommendation will end up being overlooked. ‘

For boys and girls

“Now, in general, we can banish the idea that the public that plays video games is predominantly male,” says Arnedo. The expert points out, in turn, that this type of entertainment is increasingly equal, and that in the case of the survey, specifically, half of the participants were girls: «It can be seen that part of the recipe for the success of” Fortnite “is that it contains traditionally attractive elements also for a female child audience. For example, although it is a game of the battle royale genre, with a competitive component of “kill the adversary”, we find a colorful and showy caricature aesthetic, almost cartoonish ».

For his part, Daniel Aranda, professor of Information and Communication Sciences Studies and researcher at the GAME group at the UOC, affirms that video games have become a fundamental piece of our culture. In a basic socialization and learning tool: «We have played and many of us will continue to recreate or invent new recreational contexts, digital or analog, in which we can meet, exchange, compete, win or lose, get to know each other better, form teams or share values or skills.

The desire to fit in

The children who participated in the survey of the aforementioned study, expressed their taste for the video game choosing between different motivations. These included the option ‘So as not to disappoint my colleagues and be part of the group». “In the study, the fear of feeling displaced was an important factor in playing. We find ourselves with a fashionable product and therefore there is social pressure. Are you going to be the only one at school who doesn’t play? », Explains Arnedo

Another key to the success of “Fortnite” is in the voice chat Which incorporates. Users use it to talk about strategies game, but also for keep up with school friends and chat with the new contacts that are created in the games. And is that “Fortnite” has become a new social network, a space in which to connect and create community. Of course, unlike what happens on Twitter, Facebook or Instagram, in which you access the published content when you want or can, in battle royale the conversation happens live. If you are not, you miss it. And what child or adolescent wants to be the one who is not there?

According to Daniel Aranda’s research, “For youth and adolescents, the ability to socialize with peers and make friends is a key component of their growth as competent human beings. Social networks in which digital games are played generally provide safe spaces in which to share our experiences and, frequently, share generates empathy and interpersonal intelligence.

The Fortnite developers have played another winning trick. “Free to play allows you to play, but it constantly encourages you to consume and buy,” says Aranda. Thus, the possibility of performing you buy like the battle pass, to be more competitive and level up, or aesthetic accessories, such as dances, picks or skins, seduces the players.

“Having them or not having them can be related to prestige and prominence in the eyes of friends and rivals”, the UOC study collects, which considers it a risk factor rather than can promote video game addiction, included by the World Health Organization in 2018 within its classification of diseases.

“We must become aware that videogames are no longer a niche product, but rather a mass product that moves huge amounts of money,” warns Arnedo. «For this reason, and as happens in other mass consumer products, today parents and teachers have to compete with games designed by cabinets of psychology experts who are going to use all the tools at their disposal and who know how to apply all kinds of “hooks” to catch children’s attention. Nothing is a casuality”.