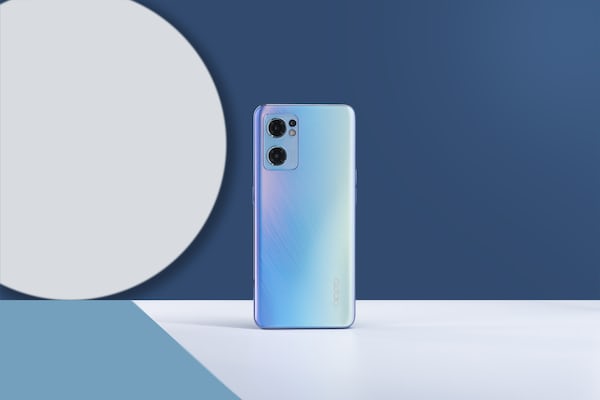 J.I thought this one AirTag review that is, an Apple locator, among other things, for keys will never be created. Because although this device has been talked about for a very long time (somehow for 2 years?), While anticipating its premiere, the producer was still silent about it. There were even voices that AirTag would share the fate of an induction charger that never left the glass walls of Apple Park in Cupertino. Suddenly, on April 23, 2021, AirTag appeared on sale and is already in our hands today.

Key locators are nothing new. Such key locators as it is Apple AirTagthere is a whole lot on the market. If I think correctly, the first one was TILE tiles, whose reviews of the crowdfunded first generation can be found at APPLEMOBILE.PL. Later there were more – better and worse. However, their biggest problem was the network of users. This is because that it would be possible to find a lost object secured with such a locator, it was necessary to have random people on the smartphone of the locator application or applications of cooperating companies, Bluetooth turned on, etc.

The problem is that while such a TILE was and is quite popular in the USA, and maybe some people actually used it, in Poland I was probably one of the few. In our country, it was much better to use notiOne, the Polish locator, which although does not like to talk about it, uses the resources of Yanosik, a very popular application for drivers that allows you to avoid speed control, traffic jams caused by an accident, etc.

If you have Yanosik in your phone, you are in the network of notiOne users, so when someone loses keys with the notiOne locator, you will be unconsciously transmitting their location, provided that you are within the range of this loss. My tests of many notiOne locators have shown that in fact notiOne works quite cool, although it still cannot compete with GPS / GSM based locators in any way.

The problem is still the same – the user network. Yanosik has 1.5 million users in Poland. This is a lot, but in a country with almost 40 million people, still not much. This is where Apple comes in, his AirTag locator and a network of hundreds of millions of iPhone users around the world. Already 3 years ago, Apple equipment was used by every 8th inhabitant of the globe, and yet the California giant is still breaking sales records. I’m sure you know more people who have an iPhone than those who have a driver’s license, a car and a Yanosik installed, right?

On April 23, it was possible to place orders for AirTags. The first price of $ 29 per item or $ 99 for 4 items seemed attractive for Apple, but when we saw Polish prices with a terrible USD / PLN ratio, it turned out that the locator costs 159 or 549 zlotys (today the dollar costs around PLN 3.8). If you think that replacing 159 zlotys is the end of expenses to attach AirTag to your keys, then you are wrong.

AirTag is often incorrectly referred to as a keychain. Because we can attach it to the keys, but not immediately after purchase. To do this, you need to buy one of the locator cases that will allow you to attach it to your keys, bag or suitcase. I chose AirTag Loop, strap-loops that allow you to attach the locator on a large lug to keys or to the handle of a suitcase, bag, etc. Price? Another 159 zlotys. Well then To buy an AirTag “key ring” with the possibility of attaching it to anything, we really have to spend over PLN 300. A LOT!

Of course, there is an alternative in the form of a slightly cheaper case from Belkin or a very cheap one from the “majfrenda” from Aliexpress.

What’s in the sales kit?

In the package from Apple, which arrived on schedule one week after the premiere, we will not find much. In the small package with AirTag, there is only space for an extrusion with the commissioning instructions and less important documents. At least I was counting on some sticker or glue for mounting on the suitcase, whatever. There is nothing. There is the device itself. The same is the case with the strap with AirTag Loop. There is nothing in the set.

At the same time, the device is very large compared to the competition. Its dimensions are 31.9 x 8 mm with a weight of 11 grams. It is similar in size to my first TILE and definitely larger than notiOne, Pixels and other locators available on the market.

It is powered by a replaceable battery (thanks to you Apple, because I doubted it a bit ?) in the CR2032 standard, which is the most popular tablet that can be found in emergency remotes, car keys, etc. which very often use very unusual batteries.

AirTag itself, to be honest, looks very good. It looks a bit like an advertising or election badge for clothes that we often see in American movies. It has a polished metal underside with a huge bitten apple logo and a plastic casing, also in glossy white, a bit like the Magic Mouse.

The manufacturer allows you to order locators with free engraving. In my case, I avoided personalization for fear that due to the high interest during the premiere, the keyring would not reach me on time. You can engrave one of the emoji icons or up to 3 characters on the plastic cover.

Setting up the AirTag is child’s play. The locator is wrapped in a protective foil to prevent scratches during transport or packaging. Its end is inside the device. After pulling it, the power circuit closes and the tracker starts working, making a characteristic sound.

Then all you need to do is bring the phone closer to the locator to be automatically detected by the iPhone, similar to AirPods.

We touch connect, and then select the item from the list that you want to protect with it – keys, luggage, umbrella, jacket, etc. and press Next. The next step is to assign the AirTag locator to our Apple ID. The device assigned to our account, like the secured Apple ID iPhone, iPad or Mac, will not be able to work with any other account until it is removed from it by the original user. So if you lose the locator, it will be useless for the finder. A moment of the automatic configuration process and we can start using it.

AirTag works with all currently supported Apple phones. So from the first generation iPhone SE model up. Prerequisite is that iOS 14.5 has been installed. Also it can be connected to iPad from Air 2 up. However, to use the directional tracking function, you must have at least an iPhone 11, because this model began to install the U1 chip, offering Ultra Wideband.

The Locator application will show your AirTags

We use the Localizator system application to manage the locators. The same where our friends and our devices are assigned to Apple ID.

In iOS 14.5 we got a tab Itemswhere we will only be able to display locators. There is a lot of talk about Apple releasing the Locator app and allowing third-party locators to be located. However, you can almost be sure that he will sell some of his own before that happens. Who knows, maybe already in iOS 15 in June?

I must admit that I am charmed by the skill with which I manage to track down loss. Until now, locators of this type played a melody and indicated more or less whether we were near or far. If we had the keys under the pile of clothes to wash, the melody was unfortunately not always audible.

If it’s on the side, it shows which way to go. This phone is trembling nicely.

Below is a video of the home locator search.

AirTag is not for the forgetful

One of the most interesting features of such locators was the function for the forgetful ones. It allowed, for example, to put the locator in the wallet or just clip it to the keys, to start the forgetful mode and in case we left the office without a wallet or keys, the alarm was immediately triggered to come back for it.

We will not experience such a thing in AirTag. It can be clearly said that this is a great equipment for distracted people who often lose something, but it does not work well with the forgetful ones.

What to do when you found someone else’s locator?

AirTag emits a signal that detects nearby devices. If it is in a place where it cannot see your phone, but sees the phones of others, it will inform you of its location through their devices.

You can also configure it so that if someone finds it, when you hold your phone to it, they will be able to read your contact details so that you can easily contact and return the lost item.

A few words about AirTag Loop

I have very mixed feelings about this product. I thought it was a bit smaller, and that’s because when I bought it, I didn’t realize how big the device is.

Thus pinned with AirTag Loop the locator seems too large for the keys. Of course, the loop will work when you attach it to a handbag, suitcase, sports bag or backpack. It works average for the keys, I don’t know if I will get used to it.

We can be sure, however, that there will be a lot of these different types of AirTag mounts on the market, just like all other accessories for Apple products.

However, I will not recommend AirTag Loop, although I honestly admit that it is made very well.

Of course, the biggest advantage of AirTag is the user network. Almost a billion iPhone users. Each of them is a potential element of the search network for lost items. It just can’t work.

This is such a huge potential that I am beginning to be very concerned about the existence of producers of other locators. If Apple does not let them into its system, does not allow the use of Apple’s hardware user base, their solutions do not actually exist.

The AirTag works very well, thanks to the fact that it has a removable battery, its price does not seem to be so terrible, and taking into account the great chances of finding a loss thanks to iPhone users, we have even a few dozen zlotys to the price of competitors’ locators, no one will not discourage you.