Epic Games is at war with Apple and Google, but what is this all about? 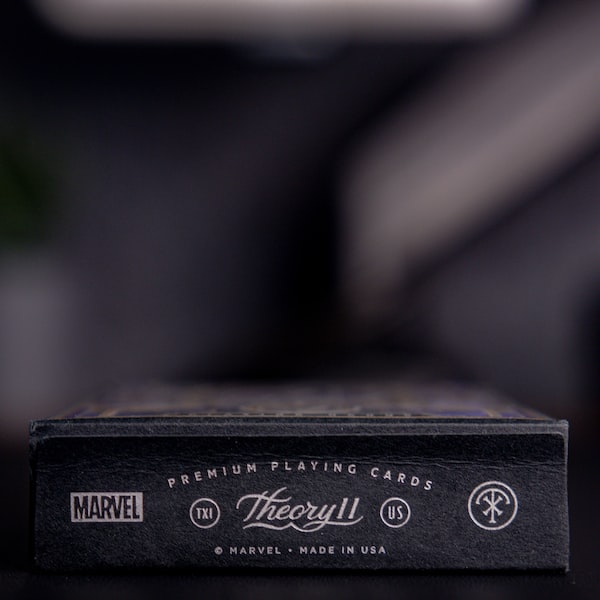 Epic began selling its own currency within Fortnite before the game was unloaded from the App Store and Play Store. In response, lawsuits and a striking YouTube video came in, but what about that?

The shocking news ran last night that Epic Games had watched how Apple would react if it didn’t get it from the price of Fortnite’s in-game currency. From one moment to the next, they started selling V-Buck coins within Fortnite itself at a 20% discount, successfully circumventing the App Store and Play Store for a while. They resorted to this drastic move because they claimed they were satisfied with a 30% deduction for every in-app purchase, this quasi-tax each developer has to pay to Apple and Google, respectively. Well, of course, the apple company didn’t leave it at that, and by this morning, Google had already stepped in.

From the contents of the previous sections …

Apple responded quickly and removed Fortnite from the App Store, the game is currently unavailable, so it can’t be found on iPhone mobiles or iPad tablets either. A notice has been issued that Epic Games has violated the rules of the App Store, so until the renitent behavior is stopped, Fortnite will not be able to return to the digital marketplace. However, Epic immediately filed a lawsuit in response to that announcement.

In their lawsuit, they argued that Apple, which is expanding as a monopoly, makes it impossible to reach users directly, hampers free competition, and imposes a 30% tax on what they call “oppressive” for software developers who have no escape route. Here, however, the creative team of Epic Games is not far off.

They put together a roughly one-minute cinematic video that copies Apple’s world-famous 1984 Macintosh commercial. In this ad anno, Apple revealed that life cannot go on as it has so far, and change is needed for them. In 2020, Epic Games now claims the same.

Why is an Apple ad 36 years ago so important?

Obviously, it’s no coincidence that Epic Games figured out this classic Apple commercial. In 1983, Steve Jobs also wanted to revolutionize the world of advertising, so he embarked on the design of a more special promotional material than ever before. The commercial was eventually directed by Ridley Scott, who was just filming The Winged Bounty Hunter, and Jobs successfully fought off the $ 750,000 astronomical amount at the time.

In the ad itself, we see an Orwellian world, in a room Mother Major in disco red pants and an Apple T-shirt rushes, then throws his hammer at a giant black and white screen where IBM’s “Big Brother” is speaking – played by David Graham .

Apple’s management hated the ad, refusing to fund it to get into the Super Bowl ad block. Fortunately, Steve Wozniak, an employee of Jobs and (then) a good friend, undertook to fund half of the $ 800,000 in advertising time out of pocket. In the end, this didn’t happen because Apple could no longer redeem the previously purchased one-minute block, so the ad was broadcast. 96 million people watched the Apple Hammer smash IBM during the 1984 Super Bowl (later, according to surveys, advertising reached half of American families), and now Epic Games’ unicorn-headed pickaxe has set off in the air for the same purpose .

At the end of the original ad, this text read: “On January 24, Apple Computer introduces the Macintosh, from which 1984 will not be like 1984.” In contrast, the YouTube video for Epic Games ended like this:

“Epic Games has opposed the App Store monopoly. In retaliation, Apple has blocked Fortnite on billions of devices. Join the fight so that 2020 doesn’t become 1984!”

Loud words, and the expected effect was not even missed. It set off in parallel with the video #FreeFortnite hashtag is brought to life on its own, spammed on various social networking sites and video shares. The fn.gg/freefortnite website has also been sharpened, where they report in detail on what happened and their goals. In the lawsuit that is now underway, Epic does not want to seek financial compensation, but wants to ensure the “freedom” of hundreds of millions of users and tens of thousands, if not more, of external developers.

By this morning, we already know that the other mobile platform giant, Google, behind Android, acted like Apple, so they also removed the mobile version of Fortnite from the Play Store. Google officials said it was The Android ecosystem provides free choice, with developers being able to sell their games and make in-game sales through any app store. Epic Games, on the other hand, has chosen to choose the Play Store, so they have to follow its rules.

It has been stated that the game can still be run on Android, however, it is no longer included in the Play Store offer due to breach of contract.

Like Apple, Google slashes 30% of every transaction, so Epic Games ’motives are the same as on iOS. You’ve probably already figured out what happened next: Epic sued Google in its order and manner. In their 63-page lawsuit, Google opens with its 1998 motto, “Don’t Be Evil,” meaning “Don’t Be Evil”. They argue that because of Google’s monopoly, Android users can no longer enjoy the freedom they were once promised today.

Now I can’t play Fortnite on iOS and Android?

Actually, the situation is a little more complicated than that. The game can’t be newly downloaded from the digital marketplaces of the two platforms, but if it’s already there on your devices, you can launch it without any problems, you can also buy within the game.

However, the mobile Fortnite will not be updated at all, so it will be coming soon Chapter 2, Season 4, the buddies playing on the phone are sure to be left out. By the way, the installation itself can be easily solved on Android, as you can not only download games from the Play Store on the Google platform, you can also use external installation files, and the game can be downloaded directly from Epic Games and Samsung Galaxy Store, so it is still relatively easy to get Fortnite on this platform.

It’s important to note that this isn’t possible on iOS, but if you’ve downloaded the game before, you can still do so.

If you have previously downloaded Fortnite to your iPhone or iPad, but have deleted it for some reason, you will need to play the piano in the App Store -> Profile Image -> Purchased -> My Purchases menus and then search for Fortnite here. In principle, the game will even be updated to the latest version now, but this option will soon jump in, when Season 4 arrives, no one should expect the update to start automatically.

It is impossible to predict what the outcome of the lawsuit that has just begun will be, if only because two real industry giants will clash, and neither party should fear that they may not have the financial backing to sue and pay for a bar. The final decision will obviously be in the hands of the competent authorities, but it is hard to imagine someone voluntarily blowing a retreat under the burden of losing face.

Epic Games is following a perfectly planned narrative for quite a minute now, they were aware of what would be the consequences of their partisan action, and they were one step ahead of Apple and Google all along.

Now things are happening according to their scenario. And the two mobile platform giants can’t do anything else, they’re likely to join the lawsuit and take it all the way, because if they let Epic at any level and maybe approve Fortnite to allow the developer to trade within the game, they would release 30%. share of the spending, it would cut the entire business policy of the App Store and Play Store into the trash, from now on anyone could step on the path that Epic has just trampled on and demand their own independence.

It perfectly shows how seriously Epic thinks that one of the members of their team of lawyers is Christine A. Varney, who was the Deputy Attorney General for Antitrust Affairs in the Department of Justice under Barack Obama’s presidency.

After the spectacular marketing pulls, and the pre-planned communication that affects only emotions, it is now the turn of the lawyers, their wrestling. In this area, we don’t (either) have to fear Apple, Google, and Epic, they’re facing tough clashes, and we’re curious to see what comes out of this.