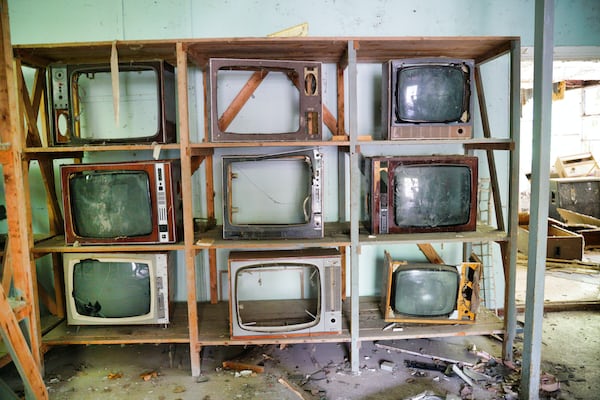 A new year, a new FIFA. You know, and while many people are probably feeling a bit despondent about it, there are still many, many gamers who pick up a new footie every year. Do you have all the more reason to choose FIFA 08 this year?

Just to saddle you with my personal findings from the past few years, let’s start with a history lesson. We’re tapping into the launch of the PlayStation 2, with the new console immediately accompanying FIFA 2001. It was certainly entertaining and a great start to a new era. In my opinion, edition 2002 brought far too little innovation, so I brought that game back at the time and in 2003 the game was again a lot more playable. A major point of criticism at the time was that the game was far too predictable, which people worked hard on in 2004. In that year, however, Pro Evolution Soccer 3 really broke through and in the years 2004, 2005 and 2006 FIFA tried to resemble Pro Evolution Soccer as much as possible. The ball was now a separate object, making the game less predictable. You also now had more control over the ball using the right stick.

However, I didn’t think it was a good idea that FIFA wanted to look so much like its better-quality competitor, because it achieved the opposite. FIFA was fun for those who liked the occasional game of easy-to-grab football, Pro Evolution Soccer, which was for those who wanted to master his game to perfection. Now with the 2008 edition they still wanted to get rid of this stereotyping and for once they finally succeeded. FIFA 08 is realistic, not incredibly fast, not to be mastered by your grandmother but only by those who put a lot of effort into it.

In this way the ball has finally become a real ‘loose’ object. In previous years, it may no longer stick to your foot, but the ball was still ‘linked’ to a player behind the scenes. That is no longer the case. It only moves when you run into it, kick it, head it or at least touch it. As a result, glancing balls have also become a reality in FIFA. So it is no longer the case that you either head the ball towards the goal with a hard headbutt, or miss it decisively. You can’t really miss him and you can’t really hit him, so he changes direction and sometimes wants to end up over the goalkeeper in the nets.

Furthermore, you can now really put the ball where you want. The “First Touch” system that was implemented about three years ago and then was removed from the game again, because it didn’t really work well. EA has looked at it again and this time it is certainly useful, although it is terribly difficult. The idea is that you can give the ball a push with the right thumbstick. To the left, to the right, to the front or back for a transfer, it is all possible. The fact is that in the beginning it is almost impossible to get any return from it. A tap to the right with the intention of putting the ball down, after which it can be run in for a shot on goal, soon has the effect that the ball jumps too far and is handed over to the opposing team. However, online I have already come across people who do seemingly magical things with the ball. The fact that the ball can be kicked anywhere you want obviously opens new doors for those who are really good at it. For example, I have already received a passing movement à la Marc Overmars, in which the wing striker of the other party kicked the ball to my right, walked around my defender on the left and started the center striker with a fine cross. Although I did get a hard hitting from this gamer of course, it makes me a bit happy inside. It means that for once I did not get everything out of FIFA within two weeks. This year FIFA offers a depth that you have known from Pro Evo for some time.

With this system it is, as we are used to from FIFA by now, to make all defenders look like a pair of mannequins, but as I said: it is ten times more difficult to master than your shoelaces tying your little fingers while standing on one leg. In other words: it is no longer possible to put down one long solo with your striker from the kick-off and then ram the ball into the intersection. Bearing in mind that, along with the fact that hard powders in FIFA are very difficult to place and the goalkeepers are still exceptionally high quality, scoring becomes very, very difficult. On both the professional and semi-pro difficulty settings, most games didn’t get past 0-0, 0-1 or 1-1. The final results have also become a lot more realistic in one fell swoop. Because winning 8-6 doesn’t happen in real life, and now also no longer in FIFA.

So is the actual football gameplay itself. Since solos without any build-up often end up after just one defender, you’ll have to build up your attack. Playing the ball back and forth in midfield, looking for a hole, trying to find the striker. However, with all this passing you will lose the ball much faster, but that also applies to the opposing team. So don’t be surprised by matches where the gameplay takes place in midfield at least half the time. Setting up a good attack is still difficult in the beginning, but luckily you have the opportunity to coach other players in depth, for example. Some dexterity in passing through or making one-twos will certainly come in handy and even become vital against a good opponent, as is having a lot of insight. It is important that your team becomes well attuned to each other and that you are aware of all its pros and cons. Urby Emmanuelson is not Johnny Heitinga and although both strikers, Danny Koevermans and Jefferson Farfán are also a difference like night and day. Going on an adventure with Koevermans and trying to force a shot from a distance is not a good idea, but when you realize that this is a lot easier with an attacking midfielder like Lampard, you certainly have an advantage.

Electronic Arts has been inextricably linked to the word ‘milking’ by critics in recent years. On the one hand, this refers to the fact that the company comes up with a whole row of new games every year that people buy anyway, on the other hand the criterion must be met that those new games are equipped with very few innovations every edition. Fortunately, FIFA 08 does have it this year. They have been working on a new fashion, entitled ‘Be A Pro’. In this you no longer play with all eleven football players from your team, but you choose one star and go onto the green fields with it. So you only control Ronaldinho, C. Ronaldo, Messi, Rooney, Van Nistelrooij or maybe even Rob Maas, midfielder at your local club Heracles. You play the matches from a third person camera point of view and give directions to fellow players, ask for the ball, pass it again, walk in well when a hole occurs, and so on. The Be A Pro mode works very well. This is partly due to the sublime AI that Electronic Arts has given your teammates. Fortunately, you are not the only talented player in your team, but all players are more or less equal. A patch should be released soon where gamers can start playing this Be A Pro mode online, but with five against five. First, a team is chosen, after which everyone chooses their own player. The rest is controlled by the computer and this is already a big step towards the 2010 edition, when Electronic Arts wants to realize this mode with ten against ten.

FIFA looks incredibly beautiful and sharp this year. The field is, in a word, beautiful, everything is razor-sharp and from above everything looks like you’re watching a match on television. The stadiums are immense and the audience is really alive. Do you play with the home team and recapture the ball and put in a flashy counter, then everyone goes crazy. When you score, you get a deafening hurricane of noise that sounds a little louder when you shoot or stop the decisive penalty. Stadiums like St James’ Park or Old Trafford may be big, but they’re more fun than scary, just like the real thing. How different this is, for example, in the San Siro, where AC/Inter Milan has a great home advantage with that cauldron of eighty thousand frenzied fans. Add to this a strong soundtrack as we are used to from Electronic Arts, and you can conclude that FIFA is suffused with an atmosphere with a capital S.

It is a pity, however, that up close there are some more minor flaws to be discovered. The big stars like Ronaldinho, C. Ronaldo, Messi, Rooney and the other great marketing machines of football seem frighteningly real, but one class below almost all resemblance is gone. Huntelaar can be recognized by his jersey number and his brown haircut, but unfortunately it doesn’t go any further. It could just as well be Makaay, which is of course very unfortunate. The television commentary has been given a lot of care. In Dutch, this is provided by Evert ten Napel and Youri Mulder. This isn’t quite as real as the sublime English coverage yet, but it’s definitely moving forward. Many player names are recorded and useful commentary is provided for various game situations.

In particular, FIFA 08 has brought in a more realistic football experience. Compared to previous parts, some gamers will certainly find this a relief. However, when you put all this into perspective, you will agree with me that with many games it is not the realism but the fun that makes a game a good product. So the question is whether the realism in FIFA 08 is more fun than in previous parts. To this I can answer a resounding ‘yes’ with the clearest argument being that the game has become a lot more challenging now. FIFA is no longer an easy footie but in many ways comparable or even more difficult than the Pro Evolution Soccer games of the past two or three years.

In terms of licenses, the game has obviously done it again. FIFA 08 features thirty leagues, six hundred and twenty real-life teams and over fifteen thousand licensed players. Add to that an enormous variety of game modes, including the fun title screen game with Ronaldinho, an online mode that will keep you busy for a whole year and of course the extensive Manager Mode, in which you can rebuild your reputation as a coach in the football world to build.

So the question that remains is; what kind of gamer are you? Did you buy FIFA in previous years because it played very well? Then you will have an extra sixty euros in your wallet this year, since both FIFA and Pro Evo are nice and difficult this year. But did you choose FIFA because of the strong atmosphere, the beautiful graphics and the good commentary? Then you’ll be all right again this year. And if you play Pro Evolution Soccer because at least that was real football, compared to FIFA, then maybe it’s time to think a bit more about your choice this year, as the football progression in FIFA is very close to the real thing. Two thumbs up to Electronic Arts.