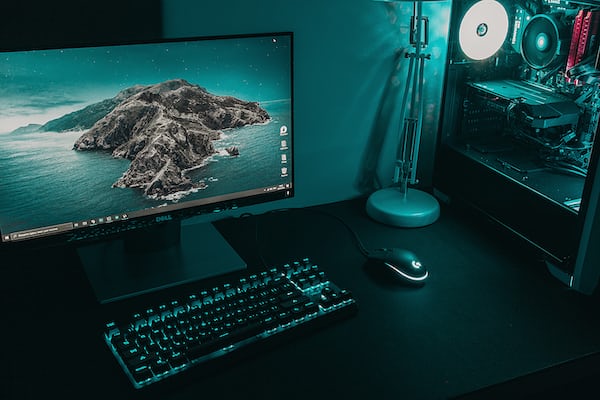 If there’s one thing we can cling to in these financially troubled times, it’s the annual release of the FIFA franchise. Punctually on time, every year, the game delights millions of football fans. With a steady growth factor overall in terms of improvements. Can FIFA 12 really do things differently this time around, or is the EU the only one expected to give a big tug on a steering wheel this year?

In any case, EA Sports wrapped the promise of a completely new experience in beautiful gift wrapping. FIFA 12 tackles the gameplay on three fronts this year, a so-called “trinity”, with Precision Dribbling, Tactical Defending and Player Impact Engine. These are major changes that, in my opinion, take the franchise a step forward in terms of depth.

Defending has become a chore with Tactical Defending and as a gamer you will really have to get used to the improved options, for example to step in at a time that suits you as a player. This can be considered both an advantage and a disadvantage, because the difficulty level does fly with it. However, the extensive possibilities are of great value from a realistic point of view and, despite the fact that the elaboration has sometimes not come into its own, create a completely new dimension within the defensive work. However, this does not mean that the defense has suddenly received a significant boost, so that the number of goals in a match has been drastically reduced.

On the contrary, the reverse may well be the case. The Player Impact Engine has significantly increased the fumbling within and around the 16. Every touch between players already causes them to become so unbalanced, so that it is a matter of luck who eventually gets the ball. And that means in many cases that attackers manage to struggle through a solid defense relatively more easily, in a way that is sometimes very reminiscent of the mess in an F-jes match. I think the number of curses that will fall on average per match will therefore see a significant increase. However, fumbling belongs to football, so in terms of realism things are moving in the right direction on this front as well.

The introduction of Precision Dribbling means that capable players seem to be born with the ball at their feet. Yes, once a player like Messi has got hold of the ball, you will almost have to send a whole platoon to get that ball away from him. And that is nice to sometimes throw open the box of tricks with individual players in a fairly simple way, but it can also take the momentum out of a match by the fact that you don’t let the ball go around enough.

Distinctive in every way

In addition to major changes in gameplay technology, the career mode has also undergone a drastic makeover. A necessary one too, because many players complain about the lack of depth in managing your club. Fortunately, Scouting has regained a prominent role in acquiring talents, and buying or selling players has simply become much better. No longer does a rejection of an offer on your side mean the complete cessation of negotiations. You can also have an offer from another club this time, so that the price can be significantly increased. But don’t be completely guided by endless greed, because at some point the bidding party has had enough and you can write that overrated transfer fee on your stomach. Rumors of negotiations with players can also leak in the media and thus cause interference from other clubs who do not want to see you go with a bargain. Stress is therefore guaranteed when navigating the transfer market and makes your job as a manager all the more challenging.

Sport is a competitive event and in the end it’s all about excelling against others. In a football game, you prefer to do that with your favorite football club. But when everyone decides to play with FC Barcelona, ​​there is little credit to be gained with your Feyenoord. Fortunately, FIFA 12 also introduces the so-called flow mode, in which you must first choose a team prior to linking an opponent for playing an online game. An equal team will then be found for you, so that there is more fair play. The introduction of the EA Sports Football Club, which Peter highlights in his preview, is also a fantastic improvement and shows that the social network will play a big role in the franchise in the coming years.

Not just rose scent and moonshine

So far I am mostly positive, but the question that burns on everyone’s lips is of course whether there are also black edges with this unparalleled total package that the series offers us again. It is fair to say that there is indeed still room for improvement. While the faces of players were also a tricky point last year, EA unfortunately again did not listen carefully to the feedback from fans. Because with the exception of a hundred players, the appearance of football players in competitions such as the Eredivisie is still far from perfect. The Dutch commentary is again a source of irritation. Finally, it must also be mentioned that the more realistic tour that this new part takes is at the expense of the fun factor and the entry level for new players. And how that will play out remains to be seen.

Solid, reliable, features that seem to dominate just about every FIFA part. And each part in the series also offers an extensive total package of features, which you can rely on as a gamer and football fan. That you don’t disappoint. The same is true with FIFA 12. This year, EA Sports has gone out of its way to pull out all the stops in creating an extra layer of gameplay, an ambition that has clearly been a huge success for its level of realism. However, more depth also means a higher entry level, which may scare potential players by the skills the game asks of you. And while FIFA 12 still hasn’t revolutionized the franchise, every step forward is yet another step towards the goal. Thank you, Cruyff.