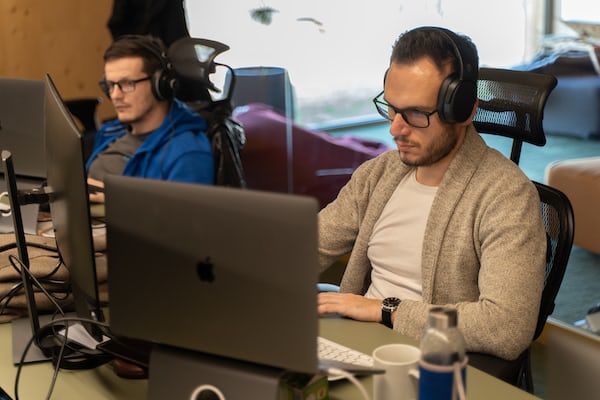 You can accuse EA of all kinds of dirty milking practices, but a publisher that tries to avoid the bitter competition of the autumn is by no means EA. A factor here is that the games often dominate the sales lists because of the name recognition, but a series like FIFA Manager, on the other hand, has to look at the genre from a distance every year. Can FIFA Manager 08 change this?

In keeping with age-old traditions, at the dawn of the new sports seasons, EA is on the front row to delight us with an annual release of several lucrative series. Brand awareness has become a big part of the marketing strategy. This became apparent again when the publisher’s annual football manager, Total Club Manager, was renamed in 2005. The popular game FIFA has been selling like a train for years, but EA was unable to get a football shoe ashore in the field of football managers. Total Club Manager was rebranded as FIFA Manager to boost sales and this name reform has already attracted quite a bit of attention from sports fans. But now Sports Interactive has also awakened from a deep hibernation and made an overwhelming debut with Football Manager 2005. Since then it has always been SEGA that has managed to take the lead in the field of football managers, but whether the publisher will once again take the trophy in front of EA manage to hijack? In any case, it will be a tough task for EA to top the well-deserved ‘nine’ that Football Manager 2008 recently scored.

Because we have learned from a survey among a representative group of GN visitors that the average reader secretly looks directly at the final grade, we will not be squeamish: FIFA Manager cannot outclass the superpower this year either. However, don’t stop reading right away, because even though the games have a lot of similarities, their strengths lie in several areas. What immediately stands out about FIFA Manager 08 is the visual scream that welcomes you. Where at Football Manager 2008 they prefer a calm layout without too much distracting music, EA opts for a flashy look with a rousing soundtrack to break the dull silences. And I didn’t mind that extra energy at all. The game remains very clear and the tough tracks that chase you out of your boxes bring out a good atmosphere, despite the fact that this is a difficult assignment for a management simulation.

Detail at its best

Your background as a manager also plays a much more important role than we are used to from the average football manager. For example, when starting a new season, you can choose whether you want to be single or married and with or without children. If you choose to get engaged to a demanding housewife, including a gang of crying children, you will have to share multiples in the personal income. As the chief of a football club, you can also sign your own sponsorship contracts, so that in addition to the club income, you also have to manage your own piggy bank well. You can then spend the sour-sighted pennies that you bring in on all kinds of luxury goods to satisfy your partner and children respectively. It even goes so far that you have to take birthdays into account by buying a present in time in the form of a penthouse in New York, a castle in Scotland, a very expensive submarine or, if you are short on cash, a wine cellar, a piano or a home cinema set. You might wonder if these features don’t go too far in pursuit of realism, but the details with which EA tries to portray the life of a football manager as faithfully as possible are impressive to say the least.

Details abound around the football pitch itself as well. For example, expanding the club facilities is another aspect that can be handled very extensively. If you want to build a warehouse for material goods of the club, you will first have to buy a piece of land and make it accessible with infrastructure. This department store will then increase the sales figures of the club goods and consequently increase your club cash. You can also place buildings such as airplane fields and amusement parks around your stadium, but what exactly the use of this is is a mystery to us. It may be clear that EA has paid a lot of attention to adding original features, but sometimes these are so unnecessarily detailed that they still don’t come out well.

Compared to the competition, FIFA Manager 08 is very accessible. The learning curve is very short and the intricacies can be mastered in no time. Last but not least, this is due to a clear menu screen where your functions are neatly subdivided, including the tasks that you still have to handle. This way you will know when to give the players a motivation boost by addressing them personally or when you need to gather extra manpower to strengthen your squad. The countless options are so easy to handle and this system really appealed to us. Incidentally, the aforementioned interactivity with your players is an important asset in the game. You’ll have to make promises to build confidence in your players and keep them to satisfy them. This includes estimating playing time to give the player an idea of ​​his future at the club and informing transfer matters. For example, a starting striker does not like to see potential reinforcements arrive from the same position that puts a lot of pressure on his playing time. All of these things help boost your players’ morale and confidence, all of which are beneficial on the football field.

A similar system also applies to the board and the fans. Before a season you have to predict where you will finish in the league and in the tournaments. The board can then invest in any transfers and take into account bonus clauses to which the players are entitled. If you are kicked out of a tournament early, you will have to make significant sacrifices in wages and other financial matters. Fans also want to hear about the team’s status. So you will often have to keep the media informed about the affairs of your club. This is done through interviews that are presented to you before competitions. Answering questions can help you boost your popularity with your players, the fans or the media respectively. For example, rejecting the questions asked by the media will label you as a bad manager, and openly stating that you don’t care about the supporters’ encouragement will reduce the influx of fans. So pay close attention to your words here is the advice.

How to play football manager matches has always been a controversial topic, which is why EA offers no fewer than four possible options. The easiest is to just let the game pass you by with only the opportunity to brush up on your team and perfect tactics during halftime. For those who are also concerned about other matches being played at the same time (for example if you are dependent on another team in a qualifying tournament), there is a possibility to follow the standings of that day live via teletext. Here too you have hardly any influence on the course of the game. For many players this will be the reason to put themselves in the shoes of a certain player. In this so-called career mode you then play in the entire match (provided you are substituted) and by taking a certain position on the field you can try to give your team a push in the right direction. However, you won’t be able to exert much positive influence thanks to the limited controls that can be called downright miserable. Your player can still act reasonably, but well-timed actions such as tackling and dribbling will occur very sporadically. By the way, don’t expect any graphic spectacle during this match. Despite the fact that the game is designed clearly enough, polygons are not exactly abundant. Finally, there is a text version of the race course which is clearly the most practical. You are continuously informed of the actions of your own players as well as those of the opponent and thus you are well informed when you need to intervene as a manager. You even sometimes get tips from your assistant manager to, for example, let your team play less forward. In addition, with certain actions of your players you can choose whether they should dribble, shoot or play the ball. This ensures that you are constantly involved in the game process and that makes the match day interesting every time.

Detail at its most

After conjuring this jumble of text on my screen, I notice that there are still countless things that I have not yet covered. Especially the original features I have treated with a number of negatives and positives. Because of course there is also an extensive scouting system in this game and of course FIFA Manager 08 is bursting with menu screens that provide extensive information and options about things like sponsors, training sessions, transfers, players, staff members, and everything else that a good football manager needs. to have. No lack of completeness, but why can’t EA’s football manager match the artwork of Sports Interactive? Perhaps it is because the game is a bit too extensive, so that some features are insignificant and are snowed under by functionalities that do benefit from real football life. The virtually unnecessary options that you have as a manager to purchase luxury, for example. We would have preferred that this had been omitted and made way for more teams from the more unfamiliar regions, or the focus would have been on optimizing the controls of the 3D matches. Because let’s face it, four possible game choices, isn’t that too much of a good thing? Couldn’t this just have been turned into one well-functioning race course? Don’t get me wrong, FIFA Manager 08 is a highly entertaining football manager that is at least as addictive as any other game in the genre, but ultimately the manager’s core purpose is drowned out in a shower of superfluous features.