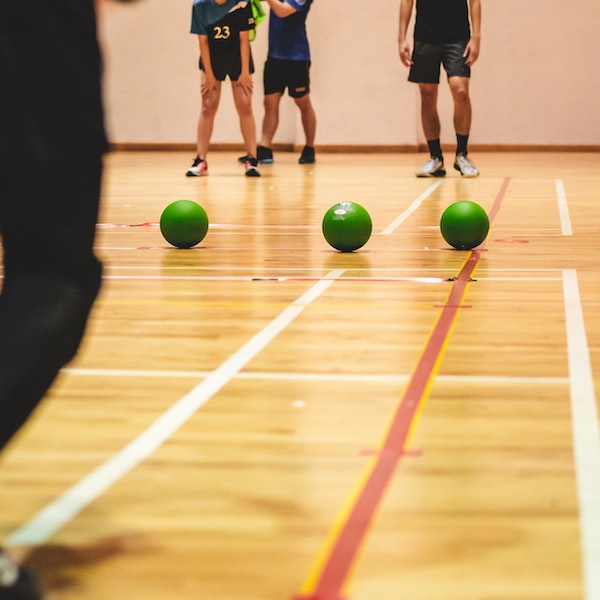 The sport that is best played on the street is of course football. Combine the developer qualities of EA Sports Big that they already have in NBA Street. 2 and the sport itself with its many tricks and pannas, FIFA Street must almost be a good game, which will certainly do well in Dutch sales. However?

EA Sports Big loves to shame the laws of nature. They already had incredible stunts in SSX3, hard dunks in NBA Street 2, muscular wardrobes in NFL Street and brawling rappers in Def Jam: Fight for New York. These looser and more unrealistic variants of sports appealed to many people, so we can expect NFL Street 2, NBA Street v3 and FIFA Street next spring, but in this final preview of this special I take a look at the world of FIFA Street.

Nice arcade
Just like the arcade versions of American Football and Basketball, the rules in FIFA Street are quite simplified. You play on smaller fields (half the size of a normal field) with only 3 against 3, plus 1 goalkeeper. In addition, there is no ‘out’ or ‘behind’, the field is bordered by walls or fences where you can then play the ball against and catch it again. Offside has also been left out of the game (haha). Free kicks, penalties or corner kicks? I do not think so. Nice and simple and fast, for that you buy FIFA Street if you already have FIFA 2005 or Pro Evolution Soccer 4, because it will be a completely different game. Much more unrealistic and faster, but with more moves and show.
The referee is nowhere to be seen and it will be hard on the playing fields of FIFA Street. Shoulder pushes, tackles and blocks will certainly be there, but on the other hand, as a player you have an extensive range of moves to completely fool your opponent. Ronaldinho seemed to have the ball in the trailer hanging from his feet like a rubber band, so he played with it and FIFA Street will not be so close to reality.

put!
What characterizes street football is of course the many movements of the players. Hold up, put the ball in their neck, bring it forward with a heel, they don’t turn their backs for it. You won’t have to do that either when you play FIFA Street with the controller, because as we know from experience, the game will be very simple when you start with it, yet difficult to master once you are already advanced. But then you will be able to make the coolest tricks.
This screen already shows us how to make a cross while standing on your hands. This cross is of course finished in Street style with a nice stop, a lob and a hard bicycle kick. But the moves are not only for scoring, but also for passing your opponent. For example, you can play the ball against the wall and pick it up again when you are past your man, but also shovel on your foot and slide it forward. The panna will of course also be present and the ball will roll between two legs many times.
Of course, these moves all give you points, which you can link together for a combo to finish it with a goal. You get points for that and a bar fills up with which you can activate a ‘Gamebreaker’ for more points.

Licenses
There will be a large number of famous football players in FIFA Street, EA will again use its FIFA license from head to toe and put all teams from, for example, the Dutch, English, Spanish, Italian, French and German leagues in the game. The national teams are not missing either, the screenshots show how Brazil shows the English how you should actually play football.
But in addition, you will also be able to create a player yourself and thus compete against other teams. FIFA Street will again have a system where you can improve your player in areas such as Speed, Strength, Shots, Passes, Defense and Tricks. You will also be able to completely dress it up with all the things you can think of, Nike is licensed in the game and EA also recently made a deal with Reebok.
What the screenshots already tell us is that you can play on fields all over the world. There was of course already Rio de Janeiro in Brazil, but also a sandy field in Mexico City, an asphalt field in the outskirts of Marseille and last but not least one in our own Amsterdam.

Expectation
The information that is known about FIFA Street so far is scarce, but the trailer already shows that we can expect a game next spring with nice fast arcade gameplay and nice moves and pannas. Exactly as we are used to from EA Sports Big. I can’t wait already…

So a sporty spring awaits us with the three titles of EA Sports Big. NFL Street 2 will be released on January 28, NBA Street v3 on February 18, and FIFA Street a month later on March 11. All these street variants of sports have worked out very well in previous installments, but the new games already look very promising.
What’s next? Tiger Woods Street Golf seems unlikely to me, but maybe NHL Street street hockey? (á la Rocket Power) We’ll see. Happy New Year everyone, and keep your fingers crossed so you can all play NBA Street v3 from February 18th!