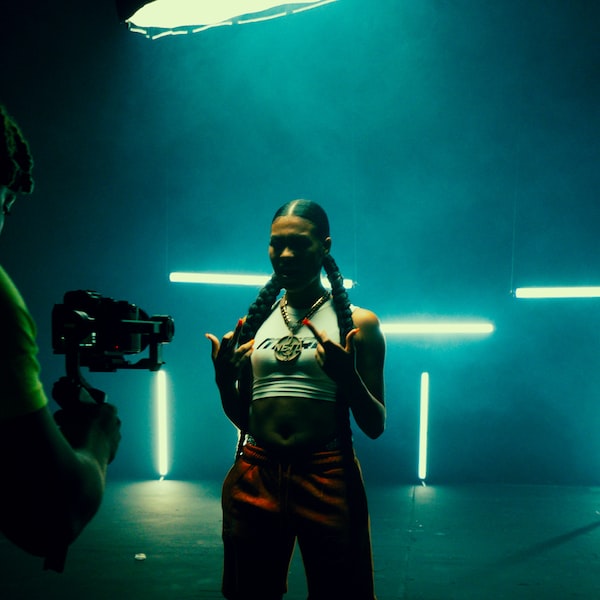 Like all years, Electronic arts Y Konami they face in the consolera league with their respective FIFA Y PES and this year this confrontation is much more interesting than on previous occasions, where the deliveries of FIFA they have always had a clear predominance in recent years.

In these last editions, both companies have introduced quite important changes in their sagas and that is why this confrontation is close this year. So, without further ado, let’s get face to face with FIFA 14 Y PES 2014.

Without a doubt, here Konami could have hit a full-blown sledgehammer with his Fox Engine, the same engine that gives life to the highly anticipated Metal Gear Solid V. However, it seems that there has been too much rush for PES 2014 It will arrive at the stores on time, and thus, we come across many players whose appearance has not been worked or who are very far from resembling the flesh and blood players of the same name. As to FIFA 14, there is no qualitative leap between the graphic aspect of the previous installment and this one, although more reliable facial recreations and more players have been added. To curl the loop, it has licensed stadiums and they are better represented than those of PES 2014. Regarding animations, some of FIFA 14 do not finish convincing, while PES 2014 At last it has left behind those very artificial movements to give way to smoother and more realistic animations. In short, FIFA 14 is more graphically robust overall than PES 2014, which seems too rushed in many respects, although it is glimpsed that in the future the Fox Engine it can give a lot of play.

The sound setting of the games is recreated for the usual in the average view in previous years. Maybe PES 2014 show better facets with more accentuated reactions from the public depending on whether we are visitors or locals, the events that happen … While FIFA 14 he stays in his usual line with chants and reactions. The commentators for both games are made up of fairly well-known figures: Carlos Martinez Y Maldini to PES 2014 Y Manolo lama Y Paco gonzalez in FIFA 14. While, in the game of Konami, the commentators seem to have horchata in their veins and untimely or meaningless comments are more common than in FIFA 14. As for the soundtrack, without a doubt of any kind, SHE has chosen a greater variety of songs and of better quality than those we can listen to in PES 2014. Again, I would go more for FIFA 14 as the winner in this section.

Perhaps this is the thorniest section to compare both games. If we talk about the treatment given to the ball, without a doubt, the most successful recreation is the one we see in the game of Konami: perfect handling, without weird sensations of weight and credible shots. In FIFA 14 The treatment given to the ball is not unworthy, but it leaves the feeling that, in some situations, it behaves differently and transmits a bit unnatural sensations. Both games have slowed down the casting, trying to get as close to reality as possible. In PES 2014 It has opted to put aside the “automatisms” of certain actions and gives all the prominence to manual control in the defense / attack system as well as in the shots, having more control over the action, which offers more playable depth but It takes practice to master it. FIFA It gives us new functions when it comes to covering the ball, retaining the ball and variables have been added that affect the shots – such as position, if we shoot with the good leg … – It is true that players now have more movements, but not they are so precise, which gives some randomness to the plays. If I had to choose between the two, perhaps, narrowly, the game of SHE seems to me more compact as a whole, although that of Konami It is very interesting for the playable news, although it needs to be polished.

In the licenses section, SHE He has scored a goal for the entire squad to Konami: PES 2014 does not own the licensed stadiums of the BBVA League, and has become closer to the South American public with the licenses of the Argentine and Chilean leagues, although we have numerous teams from around the world at our fingertips and leagues such as the Spanish, French and Italian. To fill gaps, we have the publisher with more slots than ever to cover licenses in this way. FIFA 14 It has official stadiums (more than 50) and 33 official leagues from more than twenty countries, including the Argentine, Chilean and Colombian league.

In terms of game modes, both games are very even. While FIFA 14 has garters and cups to bore, PES 2014 has returned to league mode, with full seasons and international competitions. To this must be added the South American competitions, the training mode, I am a Legend and the Master league. FIFA 14 measures up and even goes further, with a more complete and in-depth Manager mode than the Master league of PES 2014. But it is in the online modalities where the game of SHE is unmarked from the of Konami: PES 2014 offers the friendly classics, competitions and online Masters, in addition to the 11 vs 11 that needs to be improved, while FIFA 14 Features Seasons, Friendlies, 11v11 matches, Lobby Matches, Cash-in-the-middle Arena Matches, Co-op Seasons, and the acclaimed FIFA Ultimate Team. Without a doubt, the game of SHE has a more varied offer.

Although at first glance it might seem that FIFA 14 is much higher than PES 2014The truth is that I do not have that feeling vibrating inside me as a forceful and irrefutable statement. Certainly, I would say yes, that once again, SHE he wins the game again, but it would not be by a landslide. Playable there are very interesting additions, especially in PES 2014 with its freedom of movement -complex as well as satisfactory to dominate-, and it seems that the two sagas tend to converge towards a more realistic gameplay.

On a technical level, it seems that in Konami they’re still messing with him Fox Engine and that time was on them, while FIFA 14 still looking good with his solid engine: surely the next appointment, with PS4 Y Xbox One on the street is more interesting to see the confrontation of the engines Ignite Y Fox Engine. In general terms, FIFA 14 It is more complete and polished, but do not neglect the playable news of this PES 2014, which despite denoting that it needed to be polished more, points out very good ways for what could be the next soccer installment of Konami.