“Ghost in the Shell” is more cyberpunk than cyberpunk, but … 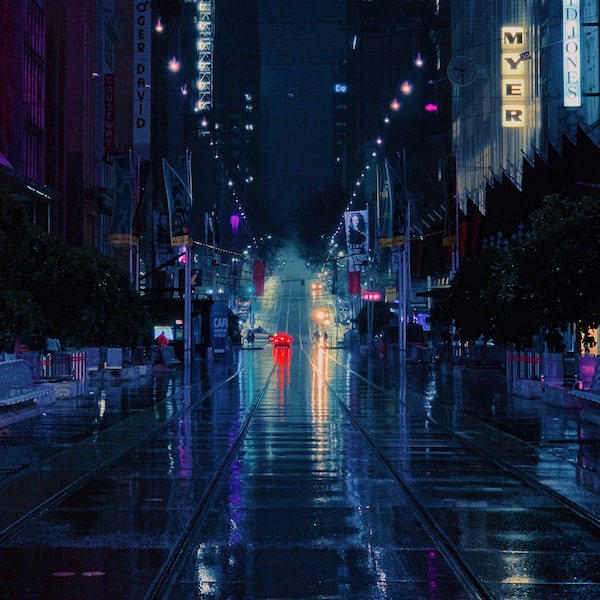 The American adaptation of the cult science-fiction manga “Ghost in the Shell” is nice and good to watch, but it ultimately lacked philosophy.

Note, there are movie and anime spoilers in the article.

The original anime “Ghost in the Shell” is a cult title. It is a neo-noir story that surprisingly presents a fresh vision of the technological world, especially for 1995. The leading role in the film is played by the cyber woman Major, who defies existentialism. As in the best sci-fi cyberpunk titles, Ghost in the Shell (and its original manga-style version) also includes reflections on our relationship with technology. But is it enough?

Hollywood remake it could be as good as the original, but even the smallest details can disappoint fans of the classics. Even the Scarlett Johansson vehicle can disappoint a lot. However, assuming you haven’t seen the original anime and aren’t expecting racial cyberpunk, then you won’t be disappointed.

If you’re not a sci-fi fan, it’s worth explaining what cyberpunk is. It is a science fiction trend in which a technologically advanced and computerized information society plays a major role. To understand the essence of cyberpunk, you need to know the principle of 3M futurists – City, Mass, Machine. That is why the story of this genre takes place in overcrowded metropolitan metropolises (City), amidst a technologized, decadent society (Masa), in which drugs and cyber implants are the order of the day (Machine).

In a broader context, the genre describes the stories of the future, in which there is a consideration of the impact of technology on the life of society. The term was popularized in the 1980s with works such as William Gibson’s Neuromancer and Ridley Scott’s Blade Runner. While many people thought The Matrix was a cyberpunk of the 1990s, it was also heavily inspired by Ghost in the Shell.

The search for identity is a common phenomenon in cyberpunk, which was very evident in Mamoru Oshii’s original film. When can you tell if you are a machine or a human? The ghost in the artificial body of Major Motoko Kusanagi wonders who he is for most of the film. She knows that she has a human brain locked in a cybernetic body (the opening sequence of the film represents her “birth”). But is Major a human or just a unique machine?

What is our relationship with technology – will we find out from the movie?

In the film directed by Rupert Sanders, Johansson’s character Major still wonders who he is, but the philosophical thread was omitted in favor of dynamic action. Eventually, however, he discovers that he is a victim of a dishonest operation by Hanka Robotics, which has kidnapped people to place their brains in cyborg bodies. After learning the truth, the major finally accepted her role as an intelligence agent in the new body and the existential dilemma seemed to pass …

There are, of course, deeper questions about identity in which the American film completely fails. For several months, critics have been saying that Johanson in the lead role is a misunderstanding. Major Kusanagi, the Japanese character, was the perfect role for an Asian actress in Hollywood. Instead, she became another acting role by Johansson. Instead of figuring out a way to counter the criticism, there is a contradiction in the film – because Johansson’s character also has the brain of a real Japanese girl… (There is also an online discussion about why casting was problematic).

In addition to shooting and futuristic shots, Ghost in the Shell is distinguished by an interesting representation of the future and the world where technology is fully integrated with people. Most people have cyberbrains, metal plugs (sockets) on the spinal cord that connect the brain to networks and computers. The film is not a philosophical work and does not focus on explaining the problem of the cyber human. At some point, we can see an officer who suddenly turns into a computer string of numbers.

Perhaps the biggest downside to the US version of Ghost in the Shell is that it just doesn’t add anything new that you wouldn’t find in the original anime. While the original was full of innovative ideas and solutions – it was one of the few science fiction movies that actually enriched the Android Hunter’s aesthetic – the adaptation is a good clone without any deeper reflection or news. Even the villain is much less interesting, while in the manga “puppet master” is a completely synthetic life form “born of a sea of ​​information”. He’s not inherently evil, he’s just trying to find out who he actually is.

Life has become more complicated in the overwhelming sea of ​​information (…) Man is a being only because of his immaterial memory… and you cannot define memory, but you can define humanity. The advent of computers and the accumulation of countless data has led to the creation of a new system of memory and thinking parallel to yours. Humanity has underestimated the consequences of computerization.

The above quote is probably one of the deepest issues in the film, but for consolation there are shots that you may like, such as this fight in the water surrounded by Japanese climatic and unsaturated blocks of flats from the future:

Is it worth watching?

Cyberpunk stories were rarely easy stories, and we could use more ambitious titles right now, alluding to our relationship with technology … The story adaptation of “Ghost in the Shell” is good entertainment for a Saturday afternoon, but it does not make such a huge impression and does not force until reflection.

However, if you have not seen the manga and want to have some fun, you will definitely not fall asleep in your chair. There is an atmosphere and action, there are also interesting shots and special effects – and after leaving the cinema you will forget about the Major 🙂 It is puzzling, however, that today in one of the largest cinemas in Warsaw on the film I counted, together with me, about 10 people! And yet this is a commercial version, even mass – or maybe that’s why?

The remake will always be compared to the original and a little venom will be poured on it. But OK, Johansson made it and for American production there is no shame – a must for tech geeks!

source: own and Engadget