How to get free skins on Fortnite 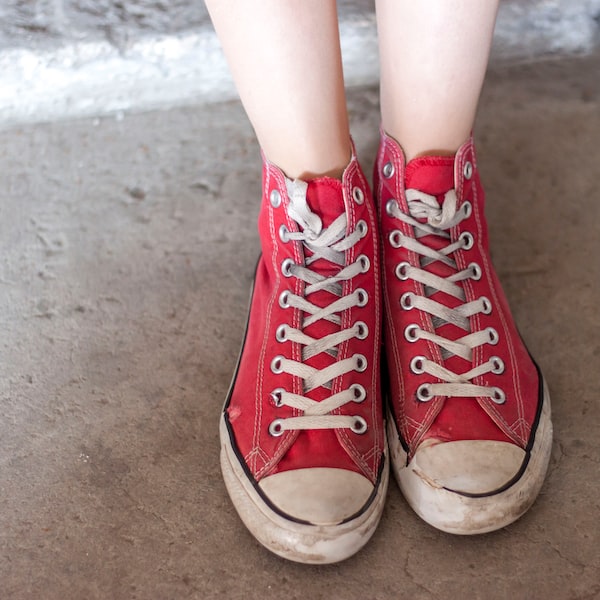 Driven by curiosity and the desire to play a video game with your friends, you downloaded Fortnite, happily realizing later that this title reflects your gaming tastes. In between games, you have noticed that some players have changed the aesthetics of their characters and you wonder then how to get free skins on Fortnite. In fact, you would like to dress up your virtual avatar with one of those fantastic costumes.

How do you say? Is this actually the case? You don’t have to worry, this is a very common question among Fortnite players and it is for this reason that I made this tutorial that you are now reading. In the course of the next few lines, in fact, I will talk to you about how to succeed in your intent, illustrating the methods that allow you to obtain the skins.

I guess you are eager to get started. So, sit comfortably and take a few minutes of free time. Read carefully the instructions I am about to provide and put them into practice: so you will finally be able to get these objects you want so much in Fortnite. I wish you a good read and, above all, a good time!

How to get skins on Fortnite

One of the most popular components of the PVP mode Battle royal of Fortnite is the ability to change the aesthetic appearance of your character, through the purchase of skin: game items also called costumes.

For this reason, if you are wondering how to get free skins on Fortnite, I guess you are already used to the Epic Games video game and are interested in learning more about the ways that allow you to obtain the objects for the change of the aesthetics of your character.

If this is the case, you will be happy to know that I can clear up your doubts about it; before doing so, however, I must clarify one important thing: the only methods to get free skins on Fortnite are those that require you to play the two game modes (Battle royal or Save the world), as the costumes are unlocked via i V-Bucks, virtual game currency that can be purchased with real money or obtainable in game for free, as I will explain to you in the next paragraphs. The purchasable skins, in fact, are found in the Item shop and are unlockable through the use of this virtual currency.

The only way that allows you to get free skins on Fortnite without V-Bucks is the one that requires the purchase of the PVE game mode. Save the world: buying the Standard Founder’s Pack priced at € 39.99 or Deluxe Founder’s Pack, at a cost of € 59.99 there is the possibility of getting skins as a gift.

At the time of writing this guide, only on some special occasions, such as the launch of the video game on some platforms, Epic Games has given the possibility to obtain skins completely free, adjusting them to all players.

Having said that, in the course of the next paragraphs I will illustrate in detail the methods that serve the purpose of this tutorial. In addition, I will also alert you to possible scams that you can run into, through the use of methods other than those listed in this guide.

If your aim is to get free skins on Fortnite, you will be happy to know that the best way to do it is also the simplest one: play the mode. Battle royal. In fact, by leveling up within the game, it is possible to obtain various rewards and among these there are also the V-Bucks; as anticipated, these coins can be used in Shop Objects to unlock the skins.

In addition, costumes can also be obtained through the different reward tiers of the Battle Pass or of Battle Bundle: both packages are paid (they cost respectively 950 V-Bucks and 4700 V-Bucks) but it is an initial investment that allows you to unlock skins for free by leveling up and also to get rewards in V-Bucks.

For example, as I also explained to you in my tutorial dedicated to the methods used to obtain V-Bucks, at level 1 of the Battle Pass you get a legendary and an epic costume, while at level 4 you get 100 V-Bucks. Some minor rewards can also be obtained with the Free PassFor example, reaching level 18, you are rewarded with 100 V-Bucks.

If you are intent on purchasing the Battle Pass or the Battle Bundle you can make the transaction by acting through the game menu; on the Fortnite home screen (Lobby) tap on the item Battle Pass and then on the button Buy.

Playing Fortnite Save the World

If you have purchased the PVE campaign Save the world (its cost is € 39.99 for PC, PS4 and Xbox One), you will be pleased to know that the V-Bucks obtainable on Fortnite through this mode are shared with Battle royal. For this reason, if your intent is to get skins for Fortnite, I recommend that you accumulate V-Bucks by playing this tower defense-style mode.

But first, know that you can easily get V-Bucks by logging in daily. To do this, launch Fortnite and, once its home screen is displayed, press on Save the world. Considering that the prices of the skins start from around 800 V-Bucks up to 2000 V-Bucks, I recommend that you carry out this operation every day, in order to accumulate the sum useful to obtain the desired costume.

In addition, there is also another method to obtain the V-Bucks useful for purchasing the skins: completing the Daily tasks. These are special missions that, accessible from the menu Assignments, require you to interact in the game, through the completion of certain actions, such as the destruction of objects. It is possible to activate 3 assignments at the same time and replace a mission every 24 hours, using the abandon command.

Missions too Storm Shield Defense allow you to obtain virtual credit. In this case it is a main mission that requires you to defend it storm shield from enemies: V-Bucks are among the rewards.

If you don’t want to wait to level up or complete in-game missions, you can get skins on Fortnite by purchasing V-Bucks in euros.

The purchase of the virtual currency can be done both in game and on Battle royal than on Save the world. To do this, access the relative menu by pressing the symbol (+) which you can see located at the top right of the main screen.

In the following lines I show you what are the current prices of V-Bucks, which can also be purchased through PlayStation Store or the Microsoft Store, respectively on PS4 and Xbox One.

Once you’ve purchased V-Bucks, you can use them to unlock skins via the Shop Objects. To do this, once the Fortnite store screen is displayed, locate the costume to unlock via the section Featured objects or Daily items (remember that the available skins vary daily and weekly).

Click on the costume of your interest and then on the purchase button. The unlocked skins are visible in the section Locker, accessible by pressing on the homonymous item in the menu bar at the top.

The ones I told you about in the previous paragraphs are the only methods that allow you to get skins on Fortnite. For this reason, I advise you to be wary of those who suggest you to redeem free skins via unofficial Internet sites.

As the developers of Fortnite also stated on Twitter, it is not safe to visit websites where it is proposed to click on links that promise to give away skins or V-Bucks. In fact, these are scams or scam attempts, so do not enter your Fortnite email and password on unofficial websites.

In this regard, if you have any doubts about the reliability of a site, check that the protocol is in the address bar HTTPS, which is indicated by the presence of the symbol of a closed green padlock. The certificate present in this protocol guarantees the authenticity of the visited site (therefore it allows the distinction between a real site and a false one) and ensures the encryption for the data entered inside it.

To recognize a fake site, you can also check its Web reputation using Internet sites such as Trustpilot. In this case, for example, if you have any doubts about the reliability of a site, connect to the home page of Trustpilot and, in the search engine located in the center, type the URL of the site identified. Then press the button Search for, so you can view the results and read user reviews.

If you think you have been the subject of a scam, as you are experiencing suspicious logins for your Epic Games account, I recommend that you protect the latter by activating thetwo-factor authentication: this system adds an additional level of security to the account, as, to the latter’s master password, it also associates a disposable code to be obtained through an app such as Google Authenticator (Android / iOS) or by email.

To activate this option, connected to the Fortnite website, log in with your credentials, click on yours username located at the top, then press on the item Account and go to the menu Password and security. Now, choose whether to enable two-factor authentication via an app (Activate the Authenticator app) or by email (Enable email authentication).

Then follow the subsequent instructions visible on the screen to complete the configuration and activate one of the two solutions chosen. If you have any problems with your account you can contact Fortnite technical support by connecting this link and clicking the button Contact us that you find located in the upper right corner.