How to watch Netflix 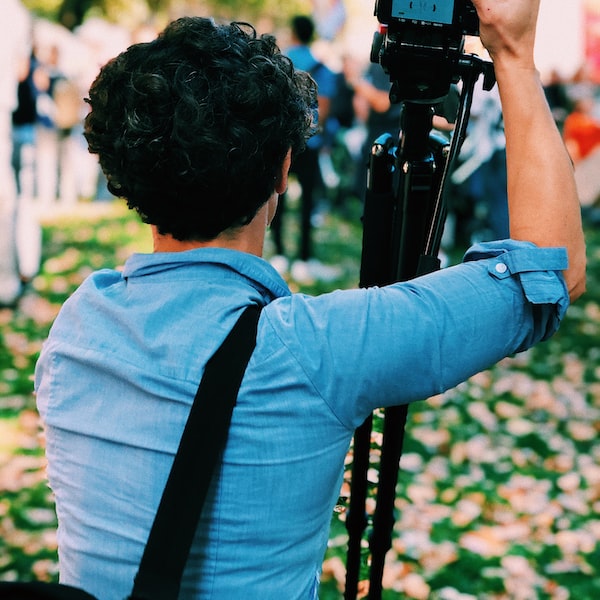 To watch movies and TV series, several people you know have signed up for Netflix, a service you often hear about in an extremely positive way. You think this service may be of interest to you, but you are not yet sure if it is actually for you, since you are not familiar with the details. Do not worry, if you have come across this guide by doing an Internet search, know that you are about to clarify all your doubts.

Would you like to know how you can watch Netflix on your smartphone or tablet? Of course, I can explain it to you in depth. Interested in knowing how you can watch Netflix on your home TV, since you own a smart TV? No problem, I can satisfy all your curiosities and answer your questions about the well-known streaming service. You will find all this information in this tutorial, where I will explain everything to you step by step.

All you have to do is take a few minutes of free time to calmly read this guide of mine. I’ll tell you in detail about how you can watch Netflix on the main devices it supports. Did this premise intrigue you and now you can’t wait to find out more? Okay then let’s get started right away. As usual, I wish you a good read.

As I imagine you already know, Netflix is ​​a service for viewing multimedia content in on demand mode that is only available upon subscription to a subscription. There are three subscribable plans, designed to meet different types of needs; I’ll explain their differences below.

The accepted payment methods are credit card, prepaid card (also PostePay) and it is also possible to pay via PayPal. The subscription is automatically renewed monthly but it is possible to interrupt it at any time; there is no subscription time constraint. Depending on the promotional periods, an initial trial of varying duration may be available, such as 14 or 30 days.

If you need more information and want to know in detail how to subscribe to Netflix, I recommend reading my guide dedicated to the subject. You will find explained in detail the procedures to be carried out to subscribe to the service.

Netflix is ​​viewable on a wide range of devices. Below I want to show you the list of the main and most used devices through which you can watch Netflix in streaming. If you want to know more and know the complete list, I refer you to the list published on the official Netflix website.

How to watch Netflix on Android

To watch Netflix on Android you will need to have downloaded the official application of the streaming platform. To do this, go to the Android PlayStore (symbol of a white shopping bag with a colored flag in the center).

Through the search engine you will then have to type Netflix and, once you have identified the application in question, tap on its icon to view its preview screen. Then install the application by pressing on the item Install and then on the voice I accept.

Then wait for the installation of the application to be completed and press on the item You open to start the app.

At the first access to the application you will have to log in to it: then indicate your email and password in the appropriate text fields you see on the screen and then press the button Log in.

Once logged into the application, you can select your user profile and view the main screen with all the multimedia contents present within the platform.

At the end of the viewing, do not forget to leave a positive or negative vote on the content viewed via the button Currency (thumb up symbol). Based on the rating indicated, Netflix will offer you, on the main screen, the viewing of other content similar to your tastes.

How to watch Netflix on iOS

You can also watch Netflix on iOS smartphones and tablets, once you have downloaded the platform’s official application for watching content on demand. To do this, go to the iOS App Store (symbol of a A white on a light blue background).

Using the App Store search engine (symbol of a magnifying glass) you will then have to search for the Netflix app. Then type Netflix in the text field dedicated to the search engine. Did you find the platform application? Yup? Very good! Tap its icon to open the preview screen. Then install the application by tapping on the item Get and then on the voice Install.

At this point you will only have to wait for the installation of the app to be completed: at its conclusion, press the button You open to start the app.

As for the Netflix application for Android, in order to be able to use the multimedia contents, you will need to log in to the service: then indicate your username and password and press the button Log in.

To play Netflix content on iOS you can refer to the instructions I have given you for the Android application. The app works the same on both mobile operating systems.

How to watch Netflix on Smart TV

As I mentioned, the Netflix application is also available on smart TVs. If your television has previously been connected to the Internet, you will be able to download the Netflix app from the default smart TV store.

Some smart TV models already have the application installed: in this case you can find it by browsing the apps already installed on your smart TV. Other models may also have the appropriate button Netflix on the remote control. However, the procedure for watching Netflix on smart TVs may vary depending on the television model. If in doubt, go to the reference digital store to download the Netflix application on your smart TV.

Once you have downloaded the application, you will be able to watch Netflix on your smart TV by logging into the service using your login details.

How to watch Netflix on consoles

If you have a console for the latest generation of video games (PlayStation 4 or Xbox One, just to give an example), you can take advantage of the connection to the TV to watch Netflix.

The application for viewing streaming multimedia content is in fact available on PlayStation 4, Xbox One, PS3, Xbox 360, Wii and Wii U consoles. If the console has previously been connected to the Internet, you can download the Netflix application from the store console default (for example from the PlayStation Store for PS4 and PS3, and from Xbox Store on Xbox One and Xbox 360).

As I have previously indicated, to see Netflix on console, once you have downloaded the application you will have to log in to it by entering your login data such as email address and password.

How to watch Netflix on TV via Chromecast

If you do not have a latest generation television but have purchased a Chromecast to make your TV “smart”, you will be happy to know that the Netflix application for Android and iOS mobile devices supports the ability to stream multimedia content to TV , via Chromecast.

To watch Netflix on TV using the Chromecast transmission you will have to start the multimedia content to be played by pressing the key Play directly to your Android or iOS mobile device. You can then activate the transmission on TV using the chromecast by tapping the button at the top right that it presents the Google Cast icon.

Playback will be interrupted on your device (which you can use as a remote control) and will be transmitted to the television on which you have installed and configured the Google “key”.

How to watch Netflix via browser

Netflix is ​​also visible from PC and Mac via Chrome, Safari, Firefox, Microsoft Edge, Internet Explorer (version 8 and later) browsers. To watch Netflix from a browser, go to the official website of the on-demand content platform and log in by pressing the button Log in that you find at the top right. You will then have to indicate your login data (email and password) and press the button Log in.

How to watch Netflix on Windows 10

On Windows 10 PCs, Netflix is ​​also available for viewing via application. You can take advantage of the service by downloading the app from the Windows Store and, once logged in with your account data, watch the multimedia contents in streaming even in offline mode.