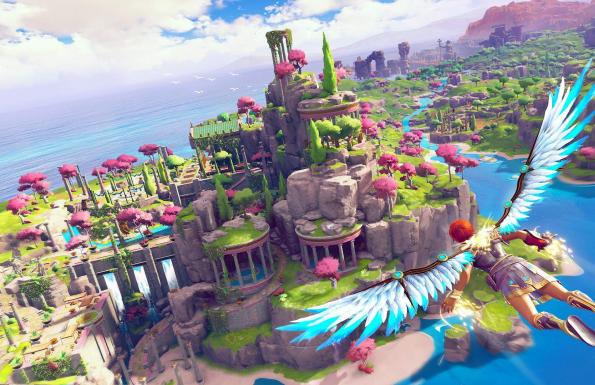 Immortals Fenyx Rising has been a great success so far, and the developers are, of course, ready to expand the game universe further.

Ubisoft has become one of the biggest security players in the gaming industry in recent years, appearing with the same well-established titles year after year, which is why it was big when the French came out with a brand new IP in the form of Immortals Fenyx Rising late last year. What’s more, the open-minded adventure game based on Greek mythology has become a distinctly good creation (according to many precisely because it didn’t follow Ubisoft’s concrete-safe formula so spasmodically), so the good news is that developers would love to expand the franchise into a series.

The game’s co-director, Julien Galloudec, spoke about all of this recently in an interview where he said they are currently devoting all their efforts to making Immortals Fenyx Rising DLCs, but once they have that, they’d love to start a thorough expansion of the universe as well. Of course, this also requires the game itself to perform well at the checkouts, but looking at the results so far (as well as the uniformly positive critical reception), they wouldn’t be surprised if Ubisoft ordered Immortals Fenyx Rising 2 in the near future.