MARVEL Avengers Academy, or how low mobile gaming can fall 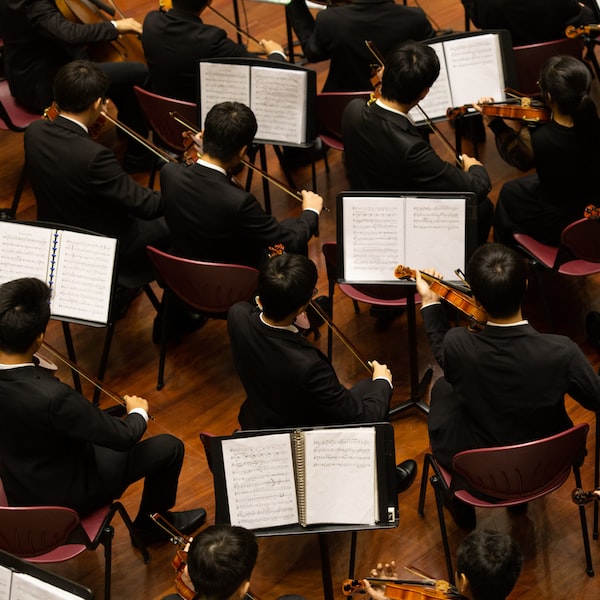 MARVEL Avengers Academy is the new “management” signed by TinyCo set in the Marvel universe. But can we really talk about a video game?

If you follow us daily you will probably know how much we care about mobile gaming. As saturated as the market is with free-to-play products heavily stuffed with in-app purchases, advertisements And biblical waiting times, there is always some little videogame pearl which deserves our and your attention.

Some examples taken only from the last few weeks: Dreii, Downwell, Crashlands, Punch Club, Lost in Harmony and many others. Even some games free-to-play, such as Zombie Catchers and Traffic Rider, despite their nature, are still worthy of attention.

And then there is MARVEL Avengers Academy, published by the same software house of management dedicated to the Griffin family, which not only does not deserve any kind of attention, but which for the sake of mobile gaming (and gaming in general) it shouldn’t even exist. A rather drastic opinion, you will say, but at least from our point of view we consider MARVEL Avengers Academy as a real videogame trap, as long as we can talk about a video game given the “gameplay” that characterizes it.

When you first start the game you will be greeted by a three-dimensional graphics engine colored, lively, characterized by one style and from animations really commendable, and by some famous Marvel characters such as Tony Stark, Loki, Black Widow and the Director Fury. With the exception of Fury, these are rejuvenated versions of the characters, since we find ourselves playing in a sort of superhero academy.

There are many quotes from both the classic Marvel universe and the cinematic one and, as already mentioned, the graphic style that characterizes it is a real feast for the eyes. THE strengths of the “game”, however, end here. The gameplay is practically non-existent: the player is limited to assign tasks to the various unlocked characters that will make them interact with the various buildings placed by you in the school. Some missions will require collaboration between multiple heroes, and there will be alternating between random assignments and assignments that are part of the story that characterizes the game.

The player’s task ends here: placing buildings, assigning tasks and waiting, waiting and waiting again. Yes, because each mission will require a waiting time that goes from 1 minute to 8 hours, and in the meantime the user he will be able to do absolutely nothing other than watching the characters repeat the same routines. There are those who, in the reviews on the Play Store and App Store, compare it to a sort of The Sims set in the Marvel universe.

Nothing could be more wrong: there are two things, either such users have never played The Sims, or they probably are were dazzled from settings and graphics enough to see it as a completely different product from what it really is.

Obviously the reduction of waiting times and the building construction they require currency that can be purchased by the user at a high price. As if a single premium currency were not enough, namely i crystals, Even the gold coins, obtainable thanks to the missions, can be accumulated through expensive in-app purchases. Nothing new under the sun, you will think. The straw that broke the camel’s back and that led to the writing of this article, however, is a particular event that the player witnesses during the campaign.

At a certain point in the historical line, after yet another boring routine, a dialogue that sees all heroes involved so far unlocked. Tony Stark has found a way to free the Hulk from the mysterious temporal nebula that envelops the campus: all the characters begin to incite Tony and the player himself to free the furious green giant, a valid ally in the fight against Hydra.

At that point the user expects it to start a series of missions aimed at the liberation of the Hulk: even in this case, nothing could be more wrong. Hulk cannot be unlocked until level 35, unless you are willing to spend 1,495 crystals to unlock it immediately. To accumulate so many you will have to take advantage of an in-app purchase worth € 19.99 including 1,200 crystals, and one from € 9.99 to unlock another 550. Practically € 30 to unlock a character with which you will not be able to do a thing, if not to observe him happily zompetta on campus imitating some member of the software house happy with the “easy money” just earned.

The other characters are obviously too particularly expensive, including those you have access to thanks to the level you have reached with your academy. If you don’t want to spend 300/400/500 gems, you will have to put up with hours and hours of waiting to fulfill various missions.

But you are intelligent people, and you would never spend that much for such a “useless” game. Leaving aside the fact that there are those on iOS who have already bought the package from € 99.99 and that the € 19.99 package is most popular of those from 4.99 or from 9.99 € (also on the Play Store is slowly climbing the rankings of most profitable apps, there is little to be happy), imagine a child or a teenager fascinated by the Marvel world who finds himself involved in a whirlwind of colors and funny three-dimensional animations like those present in MARVEL Avengers Academy. You will understand that incidents similar to the one reported in this news could easily be on the agenda.

Ah, you may be wondering why all screenshot present in this article are in English although the game is fully translated into Italian. Completely so to speak: leaving out some sentences in French or Spanish (you know, they are languages ​​that blend well with Italian), those actually written in Italian are obviously translated with Google Translate, and the result is nothing short of hilarious. (if not ridiculous).

Considering all the positive reviews you will find on the Play Store and on the App Store, you might be led to think that ours is a mere outlet in front of a game that has not fascinated us properly. We are actually quite convinced that a few minutes of gameplay (Android | iOS) could easily convince you of how MARVEL Avengers Academy is nothing more than a machine eats money and not a real mobile game. In fact, it can’t even be placed in the management genre, since the player doesn’t manage anything.

The problem is that Avengers Academy it is not a white fly: the stores are slowly filling up with details GDR that they literally play themselves, without the user pressing any button (at best a few buttons to press during the fighting) and without a doubt other “management” along the lines of the one proposed by TinyCo (already the same management of the Griffins is very close to this) will take more and more foot. Have you tried it? Do you agree with our opinions or do you think we are worrying about nothing? We look forward to seeing you in the comments!