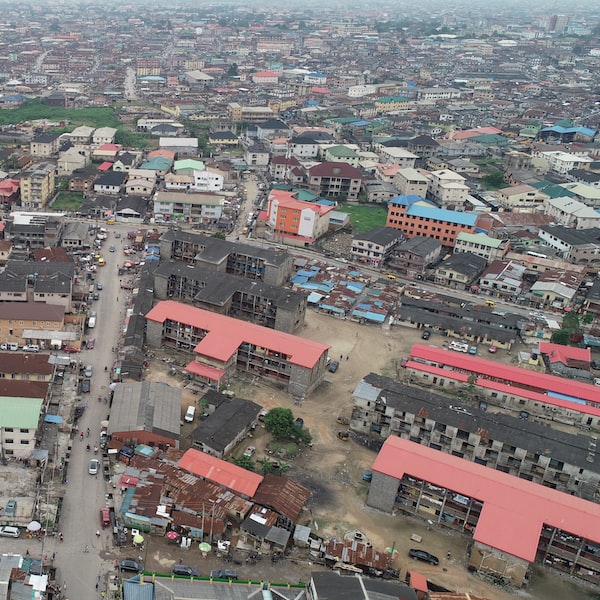 In our inaugural series of articles, we’ll take a look at the films of Marvel’s three phases, and in this paper we’re dealing with the opening nearly ten years ago.

Several theories have been born, mostly dating back to September 11, 2001, the Hollywood superhero explosion after the turn of the millennium. After the fall of communism, the nineties passed in relative peace, and the Americans really had nothing to fear from the Japanese cyberns. However, following the tragedy of the Twin Towers, the United States needed new leaders to protect its citizens from the dangers of global terrorism. This is the role of superheroes. At the same time, all utopian sci-fis are a kind of escape from our world, plagued by harsh, dangerous, and economic (and other) crises, to an ideal America. So these works are clearly made for overseas audiences, even if they are so successful in other parts of the world.

Superhero movies and mad-scientist stories that have pushed the boundaries of human existence have existed almost since the beginnings of Hollywood, milking a few dollars at the expense of big studios. However, specifically the superhero genre has always been a despised stepfather in the Dream Factory, it consisted mostly of opuses intended for children or depicting the genre. Some of them managed to get into the mainstream (see Christopher Reeve’s Superman or Tim Burton’s Batman), but most still enriched the category of runners. Comics and animated tales have always provided the genre with more space and quality content. In the past, audiences were curious about either classic war and police heroes (think aristocratic detectives and Cold War spies) or action-packed, by no means flawless but very human muscle squirrels (e.g. Stallone, Schwarzenegger, Bruce Willis). The world of superheroes, however, is a distinctly different dough: they lack the noble sophistication of the classic heroes and the fallibility and realistic image of the stars of the eighties.

The blockbusters of our time paint a chilly universe before us, but their heroes are not ascended figures at all. Seriously, their stenciled characters, childish-one-on-one dialogues and completely unrealistic action scenes can become ridiculous. All the more so because, at least in the first phase, the films contain almost no self-reflection against either the genre’s seriousness or the specific content. For example, the desire to create a superhuman man, übermensch, is one of the central problems in films, yet the correctness of this process is hardly questioned. The only moralizing claim made by the creators in general is that superhuman power results in destruction in evil hands and even greater evil, but in good hands it becomes an absolutely useful weapon. It is only in Hulk that he gets rid of his sweet-bodied superpower, but by the end of the first episode, that desire fades away. And Tony Stark notes bitterly that it would be even better to invest in (iron) weapons instead of unreliable people.

However, despite all the criticism, there are also evaluable and evaluable elements to their films. Some of our heroes are outsider, exiled, or simply incomprehensible figures, yet they are all different. Their personal struggles and dramas – thanks to the perfect choice of actors – appear in the works of the first phase and thus differentiate them from each other. In addition to the title characters and antagonists, the concept of the films is further nuanced by the variety of scholarly characters we get to know and who all approach biological-physical experiments differently and with different attitudes. It is also interesting to note how the fundamentally classical and radically Hollywood ideological utterance encounters some American criticism in every work (Nick Fury himself was built on this duality, although his fundamentally positive role is indisputable). These films shed light on the flaws of the primary world power while maintaining and justifying its ultimate truths. Visuality is also a prominent feature of the productions discussed, and last but not least, Marvel, unlike DC, perfectly crosses the paths of its iconic superheroes. They’re making something similar on Disney +…

The big series started with a classic history, with Nick Fury, played by Samuel L. Jackson, appearing at the close (although he still had to wait for his first major role here). A II. the story, which takes place during World War II but ends in our time, connects the myth of the classic American super-soldier with the present. At the same time, we’re dealing with a fairly simple story, the title character crushing his opponent almost completely unhindered and getting close to the woman of his dreams. It is a beautiful fable about the history of the noble heart, which is worth more than any bodily force, yet the plot is too predictable and smooth. At the same time, the creators launched a very important exercise with the first American Captain episode: the works of the Marvel universe tap into the specific plot, scenes, characters, and elements of the most outstanding opuses in film history (in this case, e.g. Indiana Jones; Private Ryan Rescue; Heroes of Kelly). There would be nothing wrong with that in itself, except that most of the time they just replay old clichés in a more childish version and do not reinterpret them in new contexts, new situations. Only the unfulfilled love thread and the lavish plays of Tommy Lee Jones and Natalie Dormer stand out from the opening of the series.

The creators of Iron Man came up with a fundamentally different concept insofar as they put a super-loose, atom-driven and fantastically successful hero at the center of the film. Time jumps work much better here than in Captain America, Tony Stark’s astringent humor and grotesque experimental scenes counterpoint the otherwise suta dialogues, and Robert Downey Jr.’s portrayal is overwhelming and the antagonist’s more nuanced structure has brought some twist to the plot. Although the dramaturgy is still relatively predictable and the theatrical battle scenes known from later phases are still quite rudimentary in Iron Man (the ever-pounding sea of ​​action known from Captain 2 of America is absolutely absent from the canvas). It would be interesting to measure whether people can better identify with him, the buttery but clumsy Steve Rogers, or the hard-to-handle but ultimately self-experimenting genius Tony Stark. Although Iron Man is subject to the same criticism of the Marvel universe mentioned in the introduction, it is a hundred times more enjoyable and self-reflexive than its predecessor because of its humor and character developmental curves. Not to mention that even if you do it in a frosted frame, you’re actively trimming the wild shoots that paralyze your pc’s creative work.

Those who have seen it know that the Godzilla vs. Kong’s first march has already taken place in The Incredible Hulk. Although, as before, this duel again brought scenes that were almost intimidating, reminiscent of annoyingly simple dialogues, almost reminiscent of Roland Emmerich’s oeuvre. Yet we are dealing with perhaps the deepest, most mature superhero film. Hulk’s personal catastrophe evokes the drama of Quasimodo, the creator of King Kong, Frankenstein, and the heroine of the Cat People. An unmanageable and frightening body is inhabited by a gentle, sentient soul. But the world doesn’t just expel him, he would even take advantage of him. One of the greatest actors of our time, Edward Norton’s play evoking existentialist dramas, the tense scenes seen in the action scenes, the subtle but spectacular symbolism, and the basic dark tone all benefit the film. To put it bluntly, Marvel’s characters are becoming more elaborate from film to film and the plot of the works is more skillfully constructed, twisted and more exciting. The unexpected shortfall further deepens the concept, and while the scene below and the scene below the end headline can be considered a cheap marketing ploy, at the end of the 108-minute playing time, the viewer has a clear desire to see the sequel. The Hulk, despite all the flaws of the final duel, is the most compelling and cinematic piece of the first phase.

Iron Man 2 reflects a significantly weaker concept, in fact only the super-loose Tony Stark repeats one. This time he got a heavier opponent than in the first episode, resulting in a harder and more twisting fuss between them. Yet the only really great virtue of the film is the introduction of new characters into the universe, which significantly adds color to the otherwise running on a plane.

Thor stands out somewhat from the films of the First Phase, and its symbolism and title character, like Hulk, sets it apart from other opuses and superheroes. Although it is said five or five times in the film that magic and science are actually the same, it is a bit of a testament or just too mouth-watering an attempt to combine fantasy and science fiction. Thor is actually fantasy, with the regularities of the fantasy world, fantasy characters and fantasy symbolism. On the one hand, it’s refreshing among the many over-engineered creations, the machine and muscle duel of the stenciled Roland Emmerich, the battles with magical weapons between mythical creatures are much more magical, yet Thor is by no means the best fantasy for the gems of the eighties. ) compared. At the same time, it is a beautiful tale, which is made quite special by the depressing and uncertain images that reflect the uncertainty, the settings that paint the lower or upper, oblique and irregular spaces.

The First Avengers is the culmination and essence of a carefully crafted concept, yet it is just the opening of a franchise that will become much more grandiose later. The professionalism of the creators and the demanding design of the exteriors of the production cannot be complained about, but the 143-minute opus cannot give much more than that. The whole story and characters have been fused together from iconic action movies, spy movies, eighties fantasies, classic sci-fi movies, heist and disaster movies, but they add nothing more than sparking and making the film even more spectacular. Its main issues are the philosophical confusion of the nature of power and the vulnerable position of the Earth in the universe, but no deeper statement can be made on any of the topics. The many different threads, the action dumping, a cheap but easy speech, of course, make the first Episode of the Avengers enjoyable, but all of this dwarfs both the visuals and content of the excellent series of our time. Hollywood blockbusters, of course, will always spawn, with a schedule for giant studios for the next decade, but Dream Factory is becoming more and more empty compared to the extremely exciting, deep and innovative universe of streaming series. And the fact that Marvel brings together some of the best actors in recent decades, and even big-name directors, doesn’t change that.

All in all, we can say that the works of the first phase lack even a dramaturgy based on continuous highlights, and the big duels are not even reminiscent of the pimple-stricken, extremely twisted, long action scenes of recent years. The almost complete lack of self-reflection and critical approach, as well as the predictability of the dramaturgy, also do not benefit the films. However, the opuses discussed have created a superhero universe based on a colorful and exciting concept, thanks to his many different, i.e. very different pastures, appearances, abilities and personalities. Every start is difficult, but the quality of the films has definitely risen from work to work, and in front of Marvel’s creative staff with the hat down, as thousands of characters have been placed on a common timeline (and this world has only expanded to become richer and more complex).

What do you think of the first phase movies? In the next section, we will deal with the second phase.