Netflix’s The Witcher is a dark, funny and faithful adaptation of a fantasy series 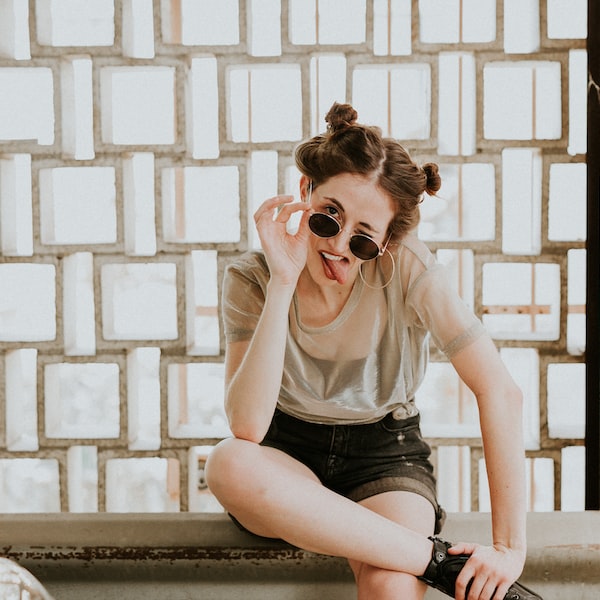 The long-awaited screen adaptation of Andrzej Sapkowski’s prose has finally made its debut on Netflix – this series is not only for fans of “The Witcher”!

After the first minutes of the first episode of The Witcher series, you will learn almost everything you need to know about the main character, Geralt (Henry Cavill). The title witcher – a hired monster hunter with some helpful superpowers – is first seen in a swamp where he was almost killed by a giant spider monster, beaten up and almost drowned.

In the next scene, Geralt goes to a local pub to get information about his next trip, but is subjected to mockery and contempt from the villagers who fear his supernatural nature. Eventually, a young woman saves him from a bar fight.

The Netflix adaptation perfectly captures the character of the enigmatic hero who fights to survive in a world that hates him, stubbornly following a moral code that forces him to make dangerous decisions. He is rough and sarcastic, always ready to fight, incredibly charming and often irresistible. It’s a premise that has worked well in books and video games – and it’s now one of the best series on Netflix.

Note, you can find some small spoilers below!

Also check out our ranking of the best series of 2019, in which “The Witcher” took 2nd place!

Is it worth watching Netflix “The Witcher”?

The Witcher is of course based on a series of fantasy novels by Polish author Andrzej Sapkowski, who has achieved a new level of worldwide popularity thanks to the series of video games. In particular, the game The Witcher 3: Wild Hunt from 2015 contributed to the creation of a new blockbuster. Each story follows Geralt, part of an ancient and diminishing line of monster hunters known as the witchers. They are mutated from an early age to be stronger and faster, which also gives them limited magical abilities and a longer life. Geralt is a gunslinger type, traveling and getting into trouble, killing the inevitable magical beast, collecting his wages and moving on.

Here is “The Witcher” in 60 seconds – told by the main role actor:

Do you have a minute or so before turning on The Witcher? pic.twitter.com/QScZmxk09N

«The Witcher in 60 seconds» (Henry Cavill)
Here’s what you will learn about “The Witcher” in 60 seconds.
The action of “The Witcher” takes place on the Continent,
which can be compared to medieval Europe.
The difference is the monsters and magic that exist there.
You will find typical fantasy elements there:
gnomes, dwarves, mages and elves.
We also have something else: witchers.
“I remember stories about witchers”
The witchers are young boys who were sent to the Kaer Morhen stronghold,
where they were taught to hunt the continent’s monsters.
Some are born of magic and some are born of something
called the Conjunction of the Spheres.
Find out more by watching “The Witcher” on Netflix.

The Witcher is different from most fantasy stories, including obvious contemporaries like Game of Thrones. It has elements of a huge epic story – including tons of political machinations and many warring kingdoms – but at best The Witcher is like a fantastic detective series in which Geralt tracks down dangerous magical creatures and is inevitably drawn into much larger conspiracies.

What makes the new series work so well is the way it seamlessly blends these two types of storytelling together. There is an interesting overarching story. In addition to Geralt, we have the opportunity to learn about the story of Ciri, a young princess with mysterious powers, who is escaping from her kingdom. We can also get to know Yennefer, an extremely independent sorceress with great ambitions.

The viewer has the opportunity to follow these three stories that inevitably intertwine. But instead of the serialized approach favored by television, most of the time the main character is obviously The Witcher. This changes in the last two episodes that mark the second season very clearly.

In each episode, many of which are clearly based on book stories and not a video game, Geralt has to solve a different monster problem, whether it’s a beast-turned princess or a vengeful genie who cursed his best friend , the bard of Dandelion (who in the English translation was called Dandelion). The structure of the episodes is consistent, it works well in the series form.

It also means that the show requires a bit more from viewers. The events of The Witcher don’t always run in chronological order, and there’s no clear indication as to whether you are viewing a scene from the past or the present. Instead, you need to organize the time based on contextual clues: an event you’ve already seen or how closely the characters relate. (Timing is not helped by the fact that witchers and sorcerers are barely getting old ..). In some cases, you will be able to understand certain situations by watching subsequent episodes. It also means that there are reminders of some events in The Witcher so you can learn small details that you might have missed the first time.

The most important part of The Witcher, however, is Geralt himself. Many people feared Henry Cavill in a white wig, but the actor perfectly impersonated his role – he’s just the right mix of creepy, **** and sarcastic traits. Even his serious voice is perfect. The wig may look weird at times, but it doesn’t ultimately distract from what makes Geralt an interesting hero. You can even see him in the bathtub scene!

The worst monsters are born within ourselves …

The new The Witcher series is especially fresh in an era full of nihilistic fantasy stories inspired by Game of Thrones. Yes, the show is brutal at times, but the fight scenes are very realistic and the special effects are downright perfect. It is a story where people are usually evil, not monsters. What makes The Witcher different is in the details, including how he delves into all sorts of dark realms of human choices and deeds. Until the very end, you’ll have a little sympathy for just about everyone, no matter how unbearable they might be at first.

“The Witcher” is also great entertainment and humor

Most importantly, the show’s creators had a good sense of humor! Not everything is dark and scary. Dandelion (Joey Batey) often brings a hint of humor when following Geralt even though he is not welcome. When he meets the witcher for the first time, the bard tells him: “I love the way you just sit in the corner and think.” Geralt’s quietly sarcastic nature is in full view. It can handle any situation, no matter how uncomfortable or awful they are. One of the most dramatic *** scenes in the series is accompanied by fun dancing and gapes …

The witcher could go wrong very easily. It’s not hard to misinterpret what really makes the show interesting, but TV adapts to it. The series is fun, dynamic and sometimes difficult, but it perfectly balances these different emotions. Yes, Henry Cavill wears a terrible white wig, but you’ll forget all of that as soon as he starts talking.

The series in Poland is available from three language paths, but I recommend the original version with subtitles, and later for entertainment with dubbing and voiceover ?

The first season of The Witcher, consisting of 8 episodes, will be available on Netflix from Friday, December 20, 2019:

Watch the review of Marta and Mateusz (and Szałwia), who run one of the best Polish review channels Second Screening on YouTube, and whose opinions I usually agree with one hundred percent – this is also the case with The Witcher series – I recommend!

Photo gallery from the series

source: Netflix via The Verge