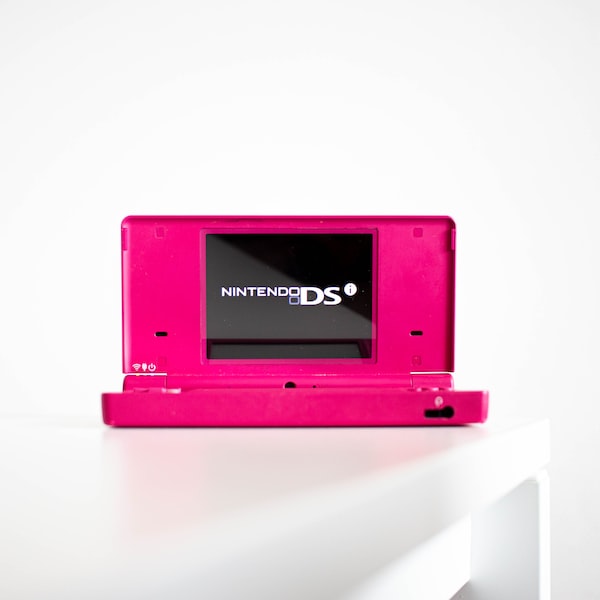 Rumors of a Nintendo DS2 have been circulating for some time now. After the Nintendo DS Lite as a kind of intermediate step, fans thought it was time for a really new handheld, of course with the possibility to play old Nintendo DS games. There was much speculation about possible changes and new features. In the end it turned out to be an update again and not a Nintendo DS2, just like the Nintendo DS Lite.

The sound has also been slightly improved. This is also necessary, as the Nintendo DSi has a built-in program to play with music by editing it. A fun pastime, but unfortunately you can’t save your edited songs. You should also keep in mind that songs you want to play on your DSi must be in AAC format and not in the more common MP3 format.

An important software component of the Nintendo DSi is the DSiWare. These are games and programs that you can download via your DSi in exchange for DSi points, which you can buy in the store just like Wii points. However, you should keep in mind that points cannot be exchanged between your Wii and your DSi.

Currently, the aaDSiWare offer consists of games such as Paper Plane, Art Style: AQUIA and Wario Ware: Snapped! and the Nintendo DSi browser. The latter can be downloaded for free, for the others you have to pay two hundred five hundred or eight hundred DSi points. Quite a few other DSiWare games are already planned and although it’s not officially confirmed yet, we’ve already heard that some GameBoy, GameBoy Color and GameBoy Advance games are likely to be released as DSiWare.

Although you might not quite expect it, the Nintendo DSi has not one camera but two, one clearly visible on the outside and the other slightly concealed on the inside. Using the photo program on your Nintendo DSi, you can not only take photos, but also edit them with all kinds of distorting lenses and fun effects. You can save these edited images, in contrast to edited sound fragments.

All in all, the Nintendo DSi has become a fairly mature device that has been well thought out. It’s a shame that the GameBoy Advance slot is missing, but this is more than made up for by the larger screen, the DSiWare and of course the built-in cameras.

The Nintendo DSi retails for €169.99 and is available in both white and black. Nintendo DSi Points to buy DSiWare costs €1 per hundred points, but if you visit the DSiWare store before October, you’ll get the first thousand points for free.