Parents, watch what they play! 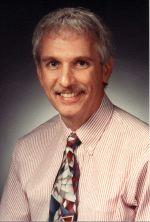 Psychologist Craig Anderson has also researched the book that came out of it titled “Violent Video Game Effects on Children and Adolescents.” He states that parents should pay more attention to what the kids are playing. According to Anderson, who also calls himself a gamer, games can offer good learning opportunities as well as give a wrong image of violence, with all kinds of nasty consequences.

Andoid and iOS users play the most frequently

It is therefore very important that before purchasing a game, in which in 83% of the cases the parents are involved, those same parents first delve into the content of the game. According to Anderson, the feeling that they are ‘helpless’ is nonsense: parents can look to the seller or on the Internet for answers to questions such as: is violence rewarded and is it possible to use non-aggressive methods? If questions like this are too often answered ‘yes’ for a chosen game, a parent can choose to watch another game.

Age markings and pointer-like symbols are a good place to start, according to Anderson, but parents should also offer nonviolent alternatives and limit the time their children sit behind a game.

How to enlarge WhatsApp fonts. Change the font size in WhatsApp with this simple setting.…