People are bored with new smartphones and afraid of wearable devices. The mobile revolution is over 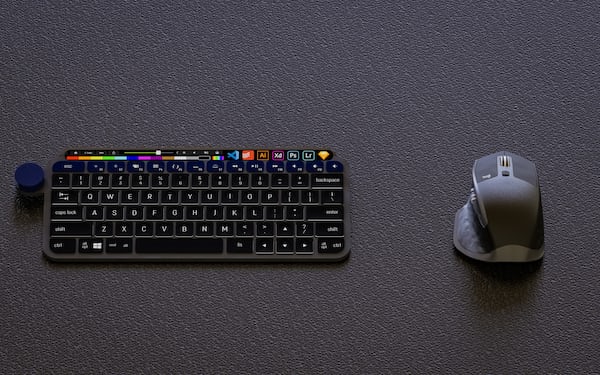 People are bored with new smartphones and afraid of wearable devices. The mobile revolution is over

This year’s CES in Las Vegas was preceded by a conference, which presented data that was definitely not optimistic. Sales dynamics are slowing, individual categories of equipment are losing their appeal. On the other hand, those who were to be his successors are not selling so sensationally, waking up …

This year’s CES in Las Vegas was preceded by a conference, which presented data that was definitely not optimistic. Sales dynamics are slowing, individual categories of equipment are losing their appeal. However, those who were to be his successors are not sold in such a sensational way, arousing rather mistrust and anxiety among potential users.

Every year we feed on success propaganda. Apple is breaking new records, Huawei is posting double-digit sales increases, Microsoft is being reborn and making the world fall in love with itself, and Google is storming new areas of our everyday lives. All of this creates an image of the IT market as a fast-paced engine that will generate impressive sales for a long time to come. Meanwhile, the data presented by Accenture analysts at yesterday’s CES conference is not so optimistic.

Who is Accenture? It is a global consulting company that specializes in market research and analysis and connects hardware manufacturers with service and software providers to create solutions that respond to real customer needs. It is a giant employing 350,000 people around the world. people, and in 2015 it generated revenues of $ 31 billion. a $ 3 billion profit. What are they doing at CES? Accenture surveyed 28,000. consumers from 28 countries around the world. This is an impressive attempt that fairly effectively legitimizes the results obtained.

And these are quite surprising because they indicate that consumers are bored. Only 48 percent. of them plan to buy a new smartphone in the next 12 months. On an annual basis, it is a decrease of 6 percentage points. This is the first drop in ten years, when Accenture began its regular market research. The flash point will be China, where last year 82 percent responded positively to this question. surveyed, and currently only 61 percent. What is very telling, the most common (47% of respondents) was that the current proprietary phone is just good enough (47% of respondents). The same goes for tablets and laptops. Here, the drops amount to 8 and 6 percentage points, respectively. Only 13 percent. of respondents expect to spend more money on consumer electronics this year than last year.

Therefore, there is a gap in the market that was supposed to be replaced by new devices from the Internet of Things (IoT) category. Unfortunately, the interest in them is not as high as expected. Up to 47 percent. Consumers refrain from purchasing devices such as smart watches, smart thermostats, or fitness accessories for fear of their privacy and security. Interestingly, even those who have bought or plan to buy are aware of the risk they are taking: 69 percent. of respondents realize that their devices may be targeted. The effects can be seen in the purchase statements. Only 13 percent. respondents want to buy a smartwatch this year. It is only 1 percentage point. over a year ago. Producers did not expect such sales dynamics. It is similar in other categories, which can be clearly seen in the charts. And it cannot be ignored that these devices are still too expensive for the vast majority of them; this is the reason why 62% of them give up the purchase. subjects.

So far, the forecasts from the research company Gartner have been more than optimistic. In 2016, there will be 6.4 billion devices connected to the Internet worldwide. This is up to 30 percent. over a year ago. By 2020, this indicator will exceed 20 billion. Other sources go even further: somewhere they wrote about 26 billion and elsewhere about 34 or even 38 billion devices. To what extent are these forecasts consistent with reality? According to the Accenture study, the discrepancies can be huge.

It’s hard to resist the feeling that consumers are waiting for the “next big thing” in the world of consumer electronics. The mobile revolution caused by smartphones (and in part tablets) is slowing down. So far, it’s not wearables or the Internet of Things. Producers have a tough nut to crack, because they must not only become innovative, but also constantly build trust in the eyes of their customers. As you can see, they are becoming more and more aware of their privacy and are beginning to value their own security on the Internet. This is a good sign, although not necessarily beneficial for the reality of the market.