Samsung Galaxy M40 vs Galaxy A50: a clear result 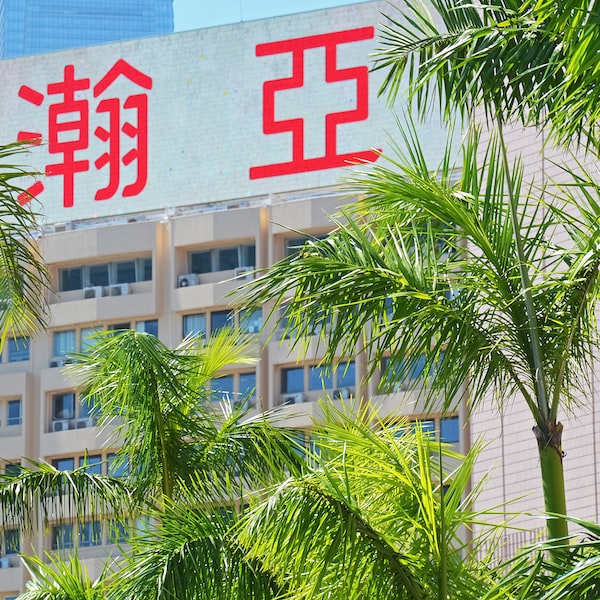 Samsung has made a big comeback in the low-cost phone segment. A segment to which she had apparently given up until recently, there are now four smartphones from the new M series and six of the seven Galaxy A series phones already on the shelves around the world.

The Galaxy M40 and Galaxy A50 both feature a polycarbonate body. The glossy finish with gradient colors gives them a premium look, so much so that they convey the feel of a glass smartphone. The two are equally prone to picking up scratches and fingerprints, so the first thing to do is invest in a protective case.

Thanks to the nearly identical dimensions and positioning of the rear cameras, the phones look similar from the rear. The gradient patterns help them distinguish them. The M40 boasts a somewhat unique look with the gradient running down the edges. Conversely, the A50 has a direct fade from top to bottom.

Samsung has got rid of the regular fingerprint scanner for the Galaxy A50 in favor of an in-display sensor. However, I have to point out one thing. Unsurprisingly, the rear scanner of the Galaxy M40 is faster than that of the Galaxy A50. Both phones also support software-based Face Unlock.

The main difference in design is on the front side. The Galaxy A50 sticks to an old-school teardrop notch. The Galaxy M40, on the other hand, brings Samsung’s flagship design language into the mid-range with the ‘hole’ design. The first phone with an Infinity-O perforation design in this price range, the M40 offers a great way to stand out in a sea of ​​similar-looking smartphones.

While the Galaxy M40 scores points for being unique, Samsung knows how to make a smartphone beautiful and ergonomic as well neither device will leave you disappointed in terms of design and build quality.

The Galaxy A50’s display looks slightly larger, but both phones have the same resolution. Despite these basic similarities, there’s a clear winner here: the Galaxy A50’s Super AMOLED display. This is not to say that the M40’s LCD panel is somehow ugly… quite the opposite. It is arguably one of the best LCDs around compared to some competitors. The AMOLED screen of the A50 is simply more beautiful to look at. The colors are more pronounced, the blacks are deeper and it also offers a brighter touch.

Some may question why Samsung didn’t go the AMOLED route with the Galaxy M40 in the first place. After all, the cheaper Galaxy M30 has one, and the Galaxy A50 isn’t much more expensive than the M40. It is likely that the inclusion of the hole in the display caused this interruption. Yes, the Galaxy S10 series has the same Infinity-O design on an AMOLED panel, but those phones cost four times as much.

It is aesthetics versus quality to be taken into consideration here. The Galaxy M40 display will surely not disappoint anyone. You can also enjoy a unique look and the hole is not as intrusive as the teardrop notch when watching videos or playing games. That said, the display crown goes to the Galaxy A50.

The Samsung Galaxy A50 is equipped with an internal Exynos processor, while the Galaxy M40 is powered by a premium mid-range processor, Snapdragon 675. Either way, both phones can comfortably handle whatever you want. Daily activities and multi-tasking in general… it’s child’s play. However, if it’s the power you crave, the M40 turns out to be the more powerful option. While both processors are very capable, even the softer Samsung software experience plays a major role on both phones. We had a slightly more optimized software experience with the Galaxy A50.

The Galaxy M40 was launched in Italy in a single variant with 6GB of RAM and 128GB of storage. Meanwhile, the Galaxy A50 comes in two variants with 4GB and 6GB, saving you some money if you just want the fabulous AMOLED display. The storage space on the Galaxy A50 doesn’t exceed 64GB, but you can expand it via a microSD card.

The Galaxy M40 comes with a smaller battery, but the Snapdragon 675’s energy efficiency shines through here. Ultimately, we have impressive battery life with both. These phones stay on easily for a full day, even with relatively heavy use. With regular use, you will likely have enough energy to get through half the next day.

One major difference in hardware may be the make-or-break factor for many: the Galaxy M40 doesn’t have a headphone jack. Samsung provides a USB-C headset in the box. If the 3.5mm jack is a must for you, the Galaxy A50 is the only choice you have. Again it’s Samsung’s rather odd decision not to put the headphone jack on the M40, especially since the rest of the M-series devices have it.

The imaging capabilities of the Samsung Galaxy M40 and A50 are familiar but different. Both phones are equipped with 8-megapixel ultrawide cameras and 5-megapixel depth sensors. The primary cameras, however, are very different. The Galaxy M40’s 32MP main sensor takes 12MP shots. In theory, the M40 should offer superior low-light performance.

In daylight, the Galaxy M40 is significantly brighter than the A50. You will also notice a hint of oversharpening. The images of the M40 may appeal to users who like to add filters to their images, but the images of the Galaxy A50 look more natural in comparison. Note that HDR performance is nothing special on either device.

The images of the Galaxy M40 are always slightly too sharp and saturated.

Both phones offer an identical software experience with Samsung’s One UI. Samsung had a very specific goal with its latest software package – to simplify everything and make it more visually appealing. The great news is that Samsung has managed to fulfill both requests.

There are plenty of new features, of course, including improved gesture navigation, a system-wide dark mode, and one-handed ease of use. As for the aesthetic aspect, Samsung has completely renewed the icons, the notification panel and the Settings menu. The interface, in general, is much cleaner.

There is some bloatware, but Samsung makes it much easier for users to decide which Samsung apps they want to install. Unlike before, only a couple of pre-installed apps cannot be removed from the device. The Samsung One UI is a huge improvement over previous versions of the software and contributes to the smooth performance of both phones.

With the same amount of RAM, but with double the memory, the Galaxy M40 costs slightly less than the Galaxy A50. It’s not just about the price, and there are some key differences between the two. The M40 offers excellent performance if we think in what price range it is, but the Galaxy A50 is no less powerful, indeed it is better optimized at the software / hardware level.

Meanwhile, the Galaxy A50 has a gorgeous AMOLED panel and a deeply refined user experience wrapped up in a package meant to satisfy all discerning users.

Ultimately, it all depends on what you are looking for from your smartphone. Do you want a unique look that you won’t get from most other smartphones in this price range? The Galaxy M40 is the phone for you. If you want a better display and, more importantly, a headphone jack, then the Galaxy A50 is the one you should consider. Which one will you choose?