Trump against Apple, Pegida against children’s chocolate and the cookie monster digital 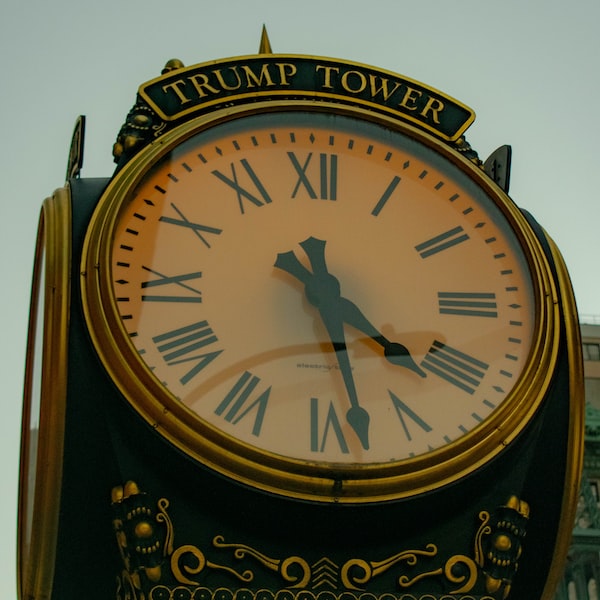 The freak of the week: Donald Trump against the Valley

If one had to assign a significant noise to Donald Trump, it would probably be something between a thundering rumble and high-pitched screaming. It seems like the only remaining candidate in the running for the Republican presidential candidacy is constantly upset. Trump’s perpetual rage knows many goals: Muslims, Mexicans, other politicians, Mexicans again, Angela Merkel … Companies can now also join the ranks of the scolded – in particular: Silicon Valley offshoots and symbols such as Amazon or Apple. If he were to become president of the United States, he threatened, Apple would have to manufacture all of its Macs in the United States. He put Amazon under a monopoly position. Which Trump is not necessarily wrong about. But instead of arguments, there is polemic. And so there is no discussion, just thundering rumble and high-pitched screams. The whole story on “Meedia”.

The joke of the week: Pegida versus Kinder Chocolate

The supporters of the Pegida alliance are also permanently angry. Once again they were angry about the design of the children’s chocolate packaging. Because suddenly there were children to be seen who were not only blond and blue-eyed, but also with dark (er) skin color. So children of parents with a migration background – as the saying goes. SCANDAL! The Pegida offshoot from Baden-Württemberg naturally sensed the dawning fall of the West and posted on Facebook: “We will stop at nothing. Can you really buy them like that? Or is that a joke? ”As if that wasn’t absurd enough, the saviors of the West hadn’t looked too closely: The whole thing is the EM campaign by manufacturer Ferrero, who put the children’s pictures of the national team on the box. The ridicule was of course not long in coming.

The prophecy of the week: Apple on the wrong track

What Nokia was to the nineties, Blackberry was to the noughties. Everyone had one. From the US president to the branch director of the local savings bank. Then came the crash: The group missed the connection to the smartphone. Instead of high-resolution, there was pixelated, instead of a touchscreen keyboard. iPhone and Co. became the standard, Blackberry disappeared. Today the company is considering giving up the cell phone business and specializing in the production of software. Companies like the world market leader Samsung and Apple, the most valuable brand in the world, are left behind. The latter not only struggles with Trump’s threatening gestures (see above), but also with declining sales figures. The plans for the growth market India also suffered a severe setback recently. Tumblr co-founder Macro Arment already sees parallels to Blackberry. Unlikely? Not quite, thinks Arment. Because Apple seems to be missing out on the next big thing: artificial intelligence, voice interfaces and all-encompassing personal assistants. Amazon, Google and Facebook are in the lead. Apple is lagging behind. That could take revenge. For analysis.

The deal of the week: Sesame Street digital

“Who how what? Why why why? Who dont asks stays dump”. This line should immediately put the familiar melody in the reader’s ear. After all, Sesame Street was part of childhood for many. And the questioning had a reason, after all, the makers of Ernie and Bert, Graf Zahl and the Cookie Monster, had decided to improve children’s education. IBM has set out to do something similar – with the Watson computer system. It can do a lot: it learns through interaction and provides answers (and even has its own cookbook). Sesame Street and IBM have now entered into a cooperation and are developing a learning platform for children. More on this at “Handelsblatt.com”.