We tested Roborock S6: perhaps the best robot vacuum cleaner on the market 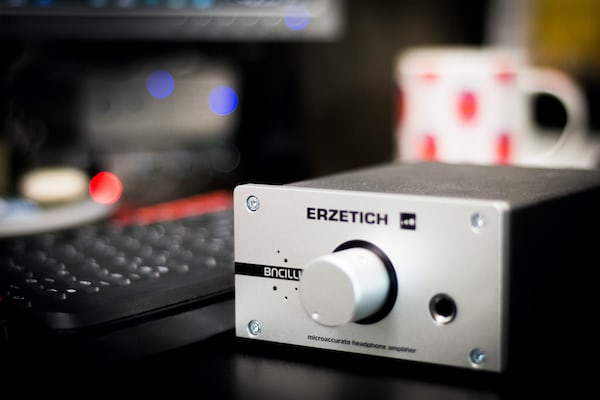 We tested Roborock S6: perhaps the best robot vacuum cleaner on the market

If you don’t have a

Vacuum cleaner robot in your life, I don’t know what you’re waiting for. I’m sorry to be so clear and direct, but in these times when technology sets our pace and when citizens demand solutions that save us time, this type of “gadget” makes life much easier for us.

It is incredible how far this market has advanced. The first robot vacuum cleaners were prohibitively expensive and very limited. Roomba was a pioneer. But today there are already many models, from different brands, with multiple characteristics, so that the user can choose the one that best suits their needs. And among all of them stands out remarkably Roborock S6.

This cleaning robot is one of the best on the market.

And I defend it with complete confidence for two reasons. The first, because this company is owned by Xiaomi and we already know that nobody beats the Chinese firm in relation to quality and price; the second, because Roborock S6 not only vacuums, it also scrubs.

Roborock launched the Roborock S6, the successor to the S5, last May. Now, algorithms have been improved and incorporates precision mapping technologies that allow you to customize your cleaning strategy based on the shape of each room for faster and more thorough cleaning.

But let’s start at the beginning. Right out of the box, this robot vacuum cleaner surprised by its design. In pristine white and a minimalist cut, it won the award for excellence in design at the 2019 iF Design Award. Therefore, for those who care about the aesthetic aspect, Roborock S6 is a «gadget» that does not clash with the home, which can be part of the room as one more element of it. In this sense, the simple charging base is particularly relevant.

Although they are practically not used (physically speaking, because the most comfortable is manage it with the mobile), this robot counts in the top with three buttons: the start of localized cleaning, to start or end the task and the start of loading. It is also in this area where the tank is located, under the lid, the LED signal to know whether or not it is connected to the Wi-Fi network, and the laser sensor, a real gem.

Roborock S6 has several sensors, also located on the sides and bottom. All of them serve to detect steps, heights or proximity, in such a way that do not bump abruptly when approaching furniture. It also has another sensor that helps it detect the charging base.

Sensors are key when determining the quality of a robot. And his laser navigation sensor is the great value of this «gadget». The S6, once you start it, studies the room and your entire house. Know where exactly in the living room you have the table or sofa. Know perfectly how long each room is. He knows where the shoemaker is. He knows everything. And thanks to it calculate the best way to clean the house: By knowing its shape and size, it cleans large rooms horizontally and can adapt to vertical cleaning forms for long corridors, being faster.

But, in addition, you can choose to clean only your room and the living room, for example. The selective cleaning it is automatically recognized and saved. You can even select non-cleaning areas by placing virtual barriers through the application Xiaomi Mi Home. That is, if you want me to clean the whole house except the bathrooms (for example, I cleaned the entire floor and kept the chairs in the bathrooms), “paint” a virtual barrier in the areas you want to exclude.

And the best of all is that you can have Roborock clean your house while you are at work or shopping. Thus, when you get home, you will find it pristine. You can do all this from the «app». The fact that it is compatible with the Xiaomi Mi Home is an added value with which very few firms can compete.

Through the Mi Home you access the plan of your house, prepared by the S6. You can choose to clean the whole house or certain rooms in mPeak, Turbo, Balanced or Silent ear. You also monitor the battery level or the time it took to clean. It even has a track record.

My kitchen, 4 m2, has been cleaned in 3 minutes; the almost entire floor, 49 m2 (except clothesline and bathrooms), only takes 45 minutes. And not only does it vacuum the entire home, it scrubs it too. Roborock S6 has a Integrated mop, in such a way that it vacuums and cleans simultaneously to achieve an even cleaner floor.

For those who are still lost in the world of aspirated robots, two things have to be taken into account. The first one, very important, is to collect the rooms as much as possible. Chairs, rugs (if the robot does not get stuck in them), scooters, shoes, rugs, vases, etc. you have to collect them. I have to point out that by getting on the carpet, this robot increases the power so as not to get stuck. Quite an achievement, although this type of “heroism” depends a lot on the type of pile of the carpet.

Secondly, it is necessary to clarify what it is that he scrubs. This is a very useful feature, but when we speak of “scrubbing” we are not referring to what we traditionally understand by such action. The robot vacuum cleaners that scrub what they actually do is superficially clean the dust. Don’t expect it to clean up a stain that is several days old or that is very sticky. So don’t say goodbye to your mop.

The S6 has a water tank and several mops (disposable and non-disposable, which you can wash in the washing machine). What it does is dampen the mop slightly to clean the floor (You have two options to moisten more or less).

The S6 features a high-capacity lithium-ion battery for 5,200 mAh, giving you up to 3 hours of operation. This is a huge success in the industry. In my case, I have not worried in the least about autonomy: my flat is 9 0m2 and I clean it without problems. It has a maximum suction power of 2000Pa and has a silent cleaning mode. This is interesting although this option reduces the power.