What does a brand have to sound like? In search of the auditory code 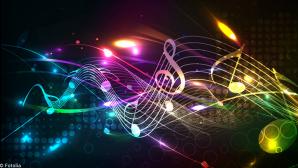 If you want to present your brand, you need more than just pictures. He needs the perfect sound. You can now find it using an algorithm. However, there are currently only two marketable products on the European market that can make this automated selection: the ABC-DJ algorithm and the Sonic-DNA algorithm.

The sound of a brand arouses emotionsonen. But if you want to exploit the sound potential of your brand, you should better rely on algorithms than on your taste. An original design, an appealing name, a rousing claim – the soul of a brand depends on numerous components. But have you ever wondered what your brand should sound like? What are the musical characteristics of your brand, whether it sounds energetic, dramatic or calm? Sure: For jingles, audio logos or other sound-based advertising measures, marketing managers are forced to deal with these questions. Then they search on their own or rely on the opinion of their agency. However, even the most musically experienced experts are not able to select the sound that is objectively best suited. After all, they too are “only” human and – like everyone else – harbor subjective feelings towards sounds, artists and music titles.

More objectivity thanks to AI

Anyone looking for the right sound material for their brand is therefore hardly immune to incorrect assessments. But our digital age now apparently has a solution: intelligent algorithms that automatically find musical material for brands and thus objectively translate the brand identity into sound. There are currently only two marketable products on the European market that can make this automated selection: the Sonic DNA algorithm from the sound branding agency TRO and the ABC DJ algorithm from a research project funded by Europe. Both algorithms not only extract audio material from a database, as is the case with Spotify, among others. They go one step further by incorporating many other contextual factors such as a target group’s musical tastes. You are therefore not limited to the analysis of audio characteristics, but relate the songs to target group-specific characteristics. 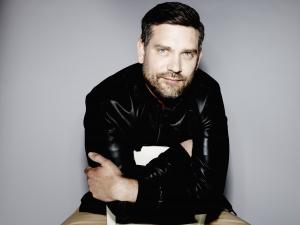 TRO has been designing music strategies for brands for 25 years and has worked with a network of leading record companies and international singers and composers for this purpose. TRO developed the Sonic DNA algorithm over a period of two and a half years in cooperation with the University of Osnabrück and the University of Düsseldorf. Why was it suddenly time for an algorithm? “Creating music for a brand means doing extensive market research for each brand. Because a sound music strategy can only be planned on a representative basis. We wanted to automate the process using an algorithm so that we don’t have to carry out new, costly and time-consuming market research for every brand, ”explains Ric Scheuss, who works as Chief Client Officer at TRO. Furthermore, it was clear to the team that music always – consciously or unconsciously – resonates with personal associations as well as emotional and stylistic evaluations. “That also had an impact on our music strategies, which should be as objective as possible. It was therefore essential to develop a process that avoids distortions and guarantees more objectivity – and that is only possible with the help of an algorithm. ” What is special about the TRO algorithm is that it is linked to music and sound theory, to emotion research and to perceptual psychology. The Sonic DNA algorithm works in a similar way to a person who listens to a piece of music and perceives emotions. However, while humans have an audio file needs to play and records the information through the ear using the sound waves, it is enough for the algorithm to numerically analyze the waveform stored in the audio file … 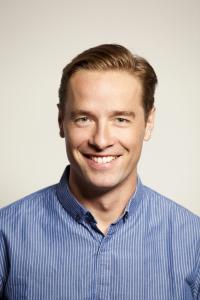 Similar to TRO, the Europe-wide research project ABC_DJ has developed recommendation software for predicting branded music, which has been ready for the market since July 2018. The three-year project (2016 to 2018) was financed as part of the “Horizon 2020” funding program of the European Commission and is headed by the TU Berlin. Six other companies and research institutions from five different European countries are also represented: the German full-service agency for corporate sound and in-store Music Hear-dis !, the French audio and music research institute Ircam, the Italian Fincons Group, the Spanish music label Lovemonk, the Austrian market research institute Integral and the Italian textile manufacturer Piacenza. The overarching goal: “ABC_DJ aims to strengthen the European creative industries in global competition. With the innovation project, we want to equip players in acoustic brand management with novel software tools and make them independent of US players who dominate the market with North American chart music. It’s also about Europe’s cultural identity and access to new business models for European artists, ”says Robin Hofmann, co-founder and creative director at Heardis !. The agency has been translating brand values ​​into music for brands such as Hugo Boss, Vitra and Motel One for 13 years. “So far we have been doing this in a time-consuming, scientifically discursive process. The musicologists who support us are also heavily involved in the ABC_DJ project. The ABC_DJ project is intended to help standardize this process and support it with automated tools, ”explains Hofmann …