Witcher History 11. – This happens in the first half of The Witcher 3: Wild Hunt 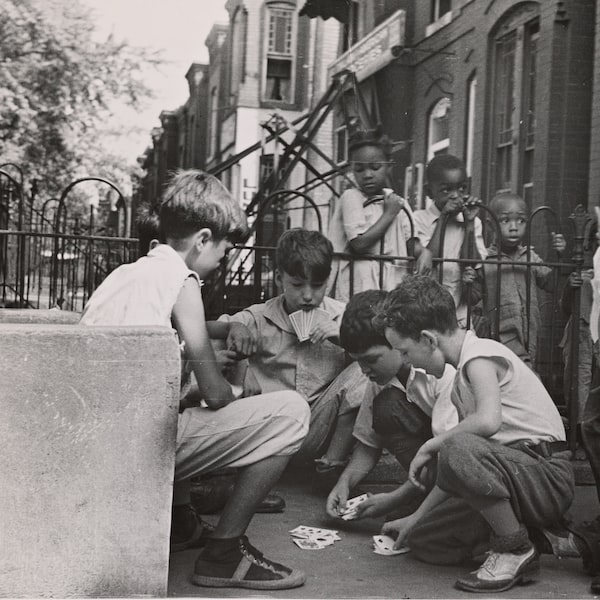 With his memories, Geralt tries to find the two people who are most important to him: Ciri and Yennefer. This task does not prove to be a walking gallop either, as many people apply for the Cintra Lion Branch even after years, because of the Ancient Blood trickling in its veins.

Previous parts of the series:

Witcher’s History 1. – This Happens in the Volumes: The Last Wish Volume

Witcher History 2 – This is what happens in the Volunteers: The Sword of Doom

Witcher’s History 3rd – This is what happens in the Volumes: Fairy Blood

Witcher History 4. – This Happens in the Volumes: A Time of Contempt Volume

Witcher History 5. – This is what happens in the Volumes: Baptism of Fire

Witcher History 6. – This is what happens in the Butterflies: Swallow Tower volume

Witcher History 7. – This is what happens in the volume Butter: The Mistress of the Lake

Witcher History 8. – This is what happens in Volumes: Storm Time

Witcher History 9. – This is what happens in The Witcher

Witcher History 10. – This is what happens in The Witcher 2: Assassins of Kings

Exactly five years ago (that is, exactly when the article was published), The Witcher 3: Wild Hunt was released, which is still considered a string measure when it comes to the story of video games. CD Projekt Red has put a piece on the table in which not only the elaboration of the main characters’ character and the story that moves the plot is unparalleled, but also in missions in the most secluded dusty village, revealing heartbreaking human destinies. In this article, however, it is not our duty to commemorate the genius of the game, but rather to see what was the story with which the Polish studio entered itself in gold book history in the history of video game five years ago. Because Witcher 3’s plot is amazingly long and detailed, we’ve broken down our summary into two acts.

In the footsteps of Yennefer

After the betrayal of the Association of Sorceresses was discovered in Loc Muinne, bonfires flared up in the Northern Kingdoms, led by Redania, and magic users had to flee. King Radovid began his preparations for the fight against the Nilfgaard by subjugating his neighbors. Thus Temeria and Aedirn ceased to exist; their territories came under the rule of Emhyr var Emreis or Radovid in Redania.

Half a year had passed since the world was set on fire as a result of the negotiations at Loc Muinne, but Geralt had spent this time away from the royal courts and battlefields. With his mentor, Vesemir, he was on the path of the witchers, completing assignments, and not incidentally, trying to catch Cirilla and Yennefer. Eventually, the sorceress contacted him in a letter, but the town marked as the scene of their meeting vanished in the heat of the war, so the two butterflies tried to find Geralt’s love, using all their tracing skills.

The White Wolf is also tormented by nightmares in which he sees Cirit and the Wild Herd chasing and then catching the girl. This is worrying because when she had seen such dreams before, Ciri was indeed in danger. Knowing that her foster daughter is a mistress of space and time, it will be difficult to track her down, so she wants to find Yennefer first, who appears to have turned up in a village called White Orchard after getting out of a battle.

Two things are found out from the locals: on the one hand, if one can know where the woman is, he may be the commander of the Nilfgaard garrison stationed nearby; secondly, both locals and soldiers have a serious problem with a griffin raging in the area. With the winged horror, the two witchers had run into each other earlier on the road, but their primary task now is to find Yennefer. Geralt therefore heads for the garrison, where the commander is only willing to provide information if the witcher takes care of the griffin, as it has already attacked soldiers and he has no intention of sacrificing more men in a hunt.

Vesemir and Geralt roam the area to properly prepare for battle and lure the creature, while repeatedly encountering traces of war and the bitterness of the subjugated. Eventually, they manage to defeat the monster, and the commander in return reveals that Yennefer is in Vizima, the former capital of Temeria, where Emperor Emhyr and his occupying army are currently. When the two buttermen want to leave, local troublemakers try to arrest them, which will end in a bloody showdown. Leaving the inn, bloody monster hunters from head to toe are surrounded by soldiers from Nilfgaard, whose leader is none other than Yengerfer Vengerberg.

The woman and Geralt can’t be much nostalgic, for Emhyr var Emreis himself is waiting for them with a task, so they say goodbye to Vesemir and prow to Vizima. Meanwhile, a huge whirlwind rolls out of which the Wild Herd (in other translations, the Wild Chase, or the Wilds) emerges, and only Yennefer’s magic manages to shake off the pursuers. This attack points out that the leader of the Aen Elle elves from the other world, Eredin, has still not made sure to get Ciri and use his ability to subdue other worlds. The imperial audience reveals that Ciri has returned to the world, however, the Wild Herd is following; Emhyr instructs the witcher and Yennefer to find her daughter and bring her back.

According to intelligence, Cirilla has appeared in three places recently: in the swampy Velen; in the largest city in the north, Novigrad; and Skelligen, dominated by looting sailors. The game does not dictate the order in which Geralt visits the three areas, but as the opponents in each location get stronger, the Velen-Novigrad-Skellige order is recommended – we also deal with events in this riverbed.

The rather barren Velen lies right in the middle of the war front, where the Redanian and Nilfgaard armies plunder, but the area itself is ruled by a warlord, Phillip Strenger – or as his men call it – from a former Temerian warlord. The rather capricious and suddenly angry Baron and his men do not pick at the means and are happy to plunder and afflict the inhabitants of the swamp. Geralt should meet a spy in the area who collected information about the region and Ciri on behalf of the emperor.

The village where the spy lives is suspicious from afar, as it is covered with snow even in the summer heat, which indicates the presence of the Wild Herd. The witcher learns from an eyewitness that otherworldly horrors have slaughtered all the inhabitants of the village, but he still shows the person’s house. Unfortunately, Geralt only finds the corpse of the tortured man here, but after a little research he also discovers a hidden chamber with the spy’s notes, from which he learns that Ciri has been with the Bloody Baron for a while and has got into a fight with some kind of witch. Research can therefore continue on these two traces.

Some questioning gets to know the story of a local witch who helps the swamp residents from time to time, and when you take a closer look, it turns out you’ve met a woman who is none other than Keira Metz before. Thanedden ran into each other and knows that she was a highly respected sorceress, a close adviser to King Foltest, so it is rather strange that she is hiding in a dirty swamp in a hut. As Keira was also a member of the Association of Sorceresses, she did not have much to stay in royal courts, and Radovid, with increasing power, charged blood to all members of the secret society, so she had no choice but to hide.

Although she doesn’t know anything about Ciri’s whereabouts, she tells of an elf mage who also questioned the girl and accompanies her to the elf ruin that serves as the man’s hideout. Searching this, they come across magical messages left by the masked elf Ciri. Deep in the complex, one of the fighters of the Wild Herd awaits them, who is defeated to find another message in which the mage warns the girl not to go to the Curve Swamp. Keira knows that according to the locals, there are three powerful furians in the said swamp, who are revered by the locals almost as gods. So they could be the witches Ciri got into a fight with.

Visiting the Bloody Baron reveals much more specifics about the girl’s whereabouts, as the warlord admits that he really hosted Ciri for a while, who apparently fled something. However, he refuses to reveal to Geralt what happened to the girl until the voices uncovered his missing wife, Anna, and daughter, Tamara, who he allegedly abducted. As he searches the house, Geralt realizes that this is far from robbery, as the two women have escaped from Phillip. With the help of a nearby shaman, he finds out that Anna was expecting a child and tried to drive the fetus away.

Before the escape, the man and his wife began to quarrel, and Anna knocked down Phillip, but she miscarried afterwards. When the husband got up, his family no longer had traces, and he found only traces of miscarriage and the fetus he had buried. The unborn little girl became a distorted drawer, a creature that is dangerous to humans as well. Geralt can kill this monster or help his soul find peace, in both cases he manages to find a way to follow Anna and Tamara. It turns out that during their escape they were attacked by a monster who captured Anna, but Tamara got to Oxenfurt unharmed.

Geralt then descends to Görberláp to find out what the furies there may have to do with Ciri. In the middle of the swamp, he finds a settlement where he finds a woman guarding a bunch of children. With a little trick, he manages to persuade the woman to connect her with the furies, who also don’t give information about Ciri for free. Gerlat has to kill a ghost imprisoned in a nearby tree to find out something about his foster daughter, but the ghost reveals that the furies kill all the children living in Görbeláp, but he can help them. Geralt can free the spirit, but it can also destroy it, the furies will definitely appear before him.

The distinctly disgusting-looking creatures admit that Ciri landed in their swamp after a poorly managed teleportation, and they kept it for Eredin, the leader of the Wild Herd, with whom they are allied. Ciri, on the other hand, was released from their captivity before they could be handed over, and then went to the Bloody Baron. There’s also a woman guarding the kids at the conversation, with Geralt then knowing Anna, Phillip Strenger’s wife, who was abducted by the Fury in a fugitive with a monster. Thus, Geralt fulfilled his part of the assignment, finding the Baron’s wife and daughter as well.

In return, he reveals that Ciri was with him and treated him well. One day they set out on a hunt where they were attacked by a basilisk. To save the Baron’s life, Ciri used her magic power, but then left Velen because she knew she was leading the Wild Herd. Strenger provided him with a horse and equipment, and she set off for Novigrad to find some people who had once been close to her.

Our article is not over yet, it continues on the next page!

Third, we can hide in the skin of our favorite witcher, Geralt of Rivia, to roll up another grandiose story after the royal assassinations and use our monstrous craft to shred the best.