Witcher History 12. – This happens in the second half of The Witcher 3: Wild Hunt 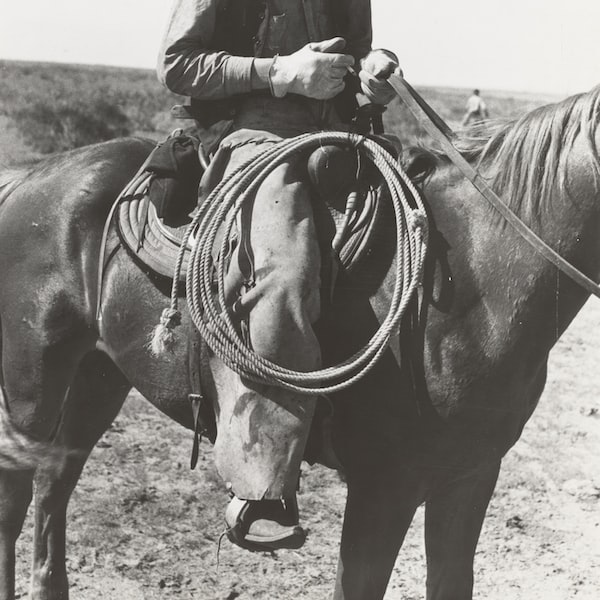 We continue the summary of the legendary masterpiece of the CD Project Red, in which the story of Yennefer, Ciri and Geralt of Rivia ends.

Previous parts of the series:

Witcher’s History 1. – This Happens in the Volumes: The Last Wish Volume

Witcher History 2 – This is what happens in the Volunteers: The Sword of Doom

Witcher’s History 3rd – This is what happens in the Volumes: Fairy Blood

Witcher History 4. – This Happens in the Volumes: A Time of Contempt Volume

Witcher History 5. – This is what happens in the Volumes: Baptism of Fire

Witcher History 6. – This is what happens in the Butterflies: Swallow Tower volume

Witcher History 7. – This is what happens in the volume Butter: The Mistress of the Lake

Witcher History 8. – This is what happens in Volumes: Storm Time

Witcher History 9. – This is what happens in The Witcher

Witcher History 10. – This is what happens in The Witcher 2: Assassins of Kings

Witcher History 11. – This happens in the first half of The Witcher 3: Wild Hunt

Geralt toured the war-torn Northern Kingdoms, but was not on the trail of his foster daughter, Cirilla, though he searched for it the dirtiest corner of the Velen marshland and also decimated the rows of the Novigrad underworld slightly. So all that was left was to get on a boat and join his love, Yennefer, who was searching for the girl in the islands of Skellige. Meanwhile, of course, traces of the Wild Herd are also being discovered more and more often, so a clash with an army of otherworldly elves led by Eredin also seems inevitable.

Geralt knows for sure that Skellige is not exactly famous for his hospitality, as his inhabitants excel mostly in piracy. When the witcher arrives in their capital, Kaer Trolde, he will witness the water funeral of the late king. Ciri spent a lot of time in Skelligen as a child, as Calanthe’s husband also came from here, so one of the most important jarl, Crach an Craite, welcomes Geralt with friendship. Here he also meets Yennefer again, who has been on the islands for some time to find out what may have happened to their foster daughter.

At the wake of the king’s death, they talk to the jarl, who is ready to give them all the support, but Yennefer takes the opportunity while everyone is busy getting drunk and enters the druid’s Ermion (in the books Purse) laboratory to blow a huge force. relic. Uroboros ’mask is said to be able to uncover certain events of the past. With this, they set off for one of the locations where Ciri’s trail is supposed to be discovered, as some mighty magic has ravaged half the forest. Through the mask, one can observe two individuals — presumably Ciri and the mysterious elf wizard — fighting their overwhelming attackers, one of whom was hit by a powerful curse, then the spell unleashed, which swept through the woods, then escaped through portals. Searching the scene, they find a corpse wearing the armor of the Wild Herd, so it is certain they have seen the Ciri.

Ermion is not at all happy that Yennefer rode his Uroboros mask, yet he wants to help find Ciri, so he reveals that the Wild Herd also appeared on another island, Hindarsfjall, not long before. In the village, mourning and death greet the Yenneferes, who find out with no small difficulty that one of the locals, Skjall, may have met the girl, but as she fled when the Falka attacked the village, she was cursed out of the community. To regain his honor, he set off after a beast raging in the sacred grove of Freya. The voices and the sorceress only find Skjall’s body here, so they resort to necromancy to find out what happened to Ciri.

The man found the half-dead girl while fishing, falling from the sky into the sea and supported by a masked elf. They took care of Ciri’s wounds, but they could not remain calm for long, for as he regained his strength a little, the hunters of the Wild Herd had already appeared, and they began to harass the villagers. Skjall and Ciri tried to get their attention, but then the elf mage reappeared, who stunned the girl with a spell and then put her in a boat. When Skjall, wounded by the Falka warriors, recovered on the shore, he saw only a distorted creature crawling around the boat there. Geralt recognizes the strange creation, for he met a very similar one in the court of the Bloody Baron, who won the half-pardon from someone on a card. Uglyness has been called Uma because he keeps repeating this word. Yennefer and the witcher suspect that a curse may have turned someone into such ugliness, so they agree to bring Geralt with him from Velen and then meet at Kaer Morhen to figure out how to regain his original form.

A mission can then be carried out, causing Geralt to help Yennefer find a genie, as the sorceress wants to take off the bond with which the witcher had linked the fate of the two of them decades earlier. If, at the end of the quest, we choose that Geralt still loves the woman, their romance can continue because they both realize that they held them together more than magically.

Where it all started

By the time Geralt Kaer reaches Morhen with Uma, Yennefer has already made a great uproar in the fort, and with that goes to the brains of the voices who are there, Vesemir, Eskel, and Lambert. As it turns out, the sorceress’s plan is to break the curse with the witchers ’mutagens and a sizable dose of magic, which is not at all harmless, or even a good chance that the person locked in Uma’s body won’t survive, but they have no choice. The procedure is successful in the end, but instead of Cirilla, the elf mage emerges, whom Geralt immediately recognizes; she was born of Avallac’h, another world who had previously shown great interest in the girl because of the Ancient Blood. He is terribly weakened, but gives the witcher a magical firefly that will hopefully lead him to Ciri. They all know that if they come across the girl’s trail, the Wild Herd will soon be there in their heels as well, so they decide to clash with them, namely in Kaer Morhen. And that requires allies, so Geralt has to gather everyone who can be moved before he sets out to find his foster daughter.

How many supporters you can collect depends on what side missions we complete during the game. In Velen, we can put Keira Metz by our side if we help her get a recipe for Catriona’s antidote, but we won’t let her go with them to Redania, where certain death awaits her. If we spared Letho’s life at the end of The Witcher 2: Assassins of Kings, we can send him to Kaer Morhen at the end of a quest. In Novigrad, Roche and his right hand, Ves, can join our cause if we help the guerrillas in an action against Nilfgaard. Of course, Zoltan doesn’t have to be asked much, he also immediately heads for the witchers’ fortress, just as Triss helps. Skelligen, we have to get into the election of kings if we want many allies. If we help one of Crach’s children to the throne, the jarl’s son, Hjalmar, will join us, and the druid, Ermion, will also offer his support without thinking.

Once Geralt has managed to move every stone to prepare to fight the Wild Herd, all he has to do is sit in a boat and head to the Island of Fog, where the magical firefly will guide him. The place is quite unfriendly, as there are plenty of monsters lurking in the depths of the fog. The beetle leads the butter to a hut, however, the dwarves lurking inside refuse to open the door until the witcher brings back their stray companions. Only one of the three dwarves can be returned unharmed, but they are only admitted. They know that Geralt was looking for a girl with ash-colored hair, so they express their condolences to her, for the young lady lying on the bed has already cooled completely.

Geralt collapses with painfully distorted face next to Ciri’s motionless body, but as she hugs her, the firefly climbs on her forehead, causing life to return to her. After the joy of seeing each other again, Ciri recounts what she went through. Avallac’hhal was in other worlds for a time after leaving Geralt and Yennefer on the island among the apple trees, but when he learned that the Wild Herd had found them, he hurried to their aid. He freed Gerlat from the captivity of the Flock after he offered his own soul instead of Yennefer’s, and he was also the one who left Kaer Morhen with him so that the other witchers could find him. But when he returned to this world, Eredin’s horsemen immediately followed in his footsteps and collided with them on Skelligen, where Eredin scattered a curse on Avallac’h, but they managed to teleport. He then ended up among the furs of Velen, and the rest was already investigated by Geralt.

When they want to leave the island, the Wild Herd also runs in, so they have no choice but to teleport, straight to Kaer Morhen. Everyone here is very happy to see each other again after years, but there is not much time to celebrate, as the Eredins can get there at any time. So they prepare for the siege that could hold the toughest fight of their lives. The Falka’s attack soon begins, and in spite of their heroic standing, they can’t have an army of extraterrestrial elves using ancient magic. When Eredin and his commander, Imlerith, break into Kaer Morhen, a freezing gust of wind freezes everyone except Ciri and Vesemir. The old butter dies at the hands of the warlord while protecting Ciri. Seeing this, the raging power of the Child of Ancient Blood is unleashed, receding, forcing the Wild Herd.

The suddenly emerging Avallac’h calms the girl down before it destroys the fort, with her friends inside. After Vesemir’s funeral, a new plan must be forged for how to take up the fight with Eredin’s army, which is likely to return much more strongly. Avallac’h, Ciri, and Geralt are still left in Kaer Morhen for a while for the elf mage to teach the girl how to deal with her power. Meanwhile, Triss and Yennefer set out to gather the scattered Association of Sorceresses, as only with their help can they reap victory.

One morning, Ciri wakes Geralt up by wanting to visit Velen, knowing that Imlerith will appear at a local ceremony and have the opportunity to avenge Vesemir’s death. Here we can decide whether to enter Vizima on the way, where Ciri can meet Emhyr, and accept the payment that the emperor offers to fulfill the assignment. With the latter, however, we terribly offend the girl. In any case, we end up in Velen, where after a few trials, the couple’s journey splits for a while. The Child of Ancient Blood sets out to finish the curves of the Curve Swamp, while the White Wolf settles with Imlerith — two of the three furias can be removed from underfoot, but one of them escapes and takes Ciri’s butter medallion, which was previously worn by Vesemir. After the fights, they travel together to Novigrad to meet the Yenneferes, who are waiting for them at Dandelion’s inn.

Our article is not over yet, it continues on the next page!

Third, we can hide in the skin of our favorite witcher, Geralt of Rivia, to roll up another grandiose story after the royal assassinations and use our monstrous craft to shred the best.