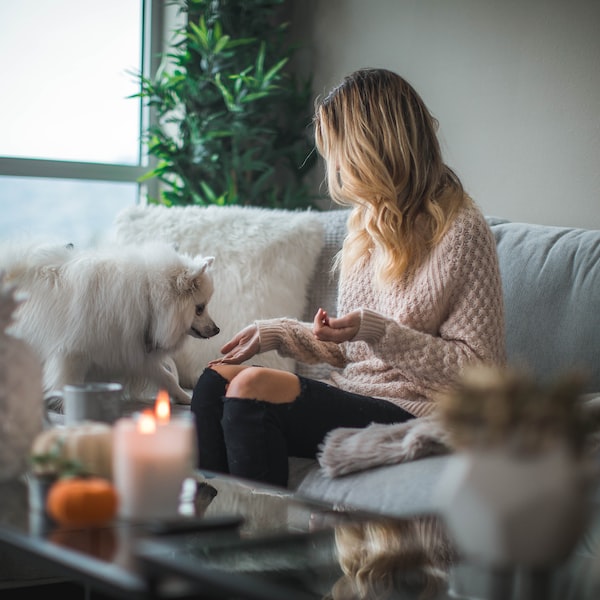 World of Warcraft is an MMORPG set in Azeroth, the world of Warcraft. Four years after the events of Warcraft III: The Frozen Throne, the peoples of Kalimdor and The Eastern Kingdom have recovered and rebuilt their civilization. The Lich King and his Burning Legion may have been defeated, but the alliance between the Alliance and the Horde still stands. Once again, Azeroth is on the brink of war and that’s when you begin your immense adventure in World of Warcraft…

MMORPG
World of Warcraft is an MMORPG, or Massive Multiplayer Online Role-Playing Game. This means that you create your own character and fight against monsters and enemies in a vast fantasy world. This gives you experience points and you can level up. You can also find, buy and sell different items and learn special things.
However, the difference with a regular RPG such as Final Fantasy or Fable is that you play the game online. Together with thousands of other people you play on a server and you perform quests together or against each other or you kill some monsters. Blizzard regularly updates the game with new worlds, quests, items, abilities and other possibilities, making the game infinitely playable. The game is incredibly addictive and a short game before bed can easily last into the early hours, with sore eyes and cramps in your fingers.

Servers, Varieties, Classes and Specializations
World of Warcraft is such a big, complete and complex game that I just don’t know where to start. Then let’s start at the beginning; choosing a server. There are 3 types of realms, namely PvE (Player versus Environment), PvP (Player versus Player) and RolePlaying. In PvE you mainly fight against the monsters and the evil forces in Azeroth, where you mainly have to eradicate the Alliance or the Horde in PvP. PvP in particular is very popular because, for example, you can also participate in entire battles and sieges.
Then create your own character. In World of Warcraft you can choose from 8 races and 9 classes. The Humans, Night Elves, Dwarves and Gnomes belong to The Alliance and the Orcs, Undead, Tauren and Trolls have formed an alliance as The Horde. Once you have chosen a breed, you can completely customize it according to gender, skin color, hair color, hair style, facial hair style and so on so that no one looks the same. In addition, you can also choose a class such as a Warrior, Hunter, Warlock, Shaman, Rogue, Druid, Priest, Paladin or a Mage. Each race has its advantages and disadvantages and because every race has a different starting point, they have different quests and you can speak of a completely different story. The difference between the classes is also very large, Warriors are good in close-combat fights, for example, where Hunters are especially good with bows and arrows and a Mage uses a lot of magic again. One is well resistant to one type of damage, the other has a bonus in another area and every race does not have every class. The choice of which breed and class to take is fixed, so think carefully about this.
You can still change your specializations later in the game. You can have a maximum of 2 specializations and 3 fixed basic specializations. The more often you use a specialization, the better you get at it. First Aid, Fishing and Cooking are fixed but you can choose to take Alchemy, Blacksmitting, Enchanting, Engineering, Herbalism, Mining, Leatherworking, Skinning or Tailoring as your specialization. These can often be combined well, such as Mining with Blacksmitting, Herbalism with Alchemy and Skinning with Leatherworking.

quests
When you have finished creating your character you will be spawned in the capital of your race. For the humans this is Storm Wind, for the Night Elves Darnassus, for the Dwarves Iron Forge, for the Orcs The Valley of Trials and so on. In the beginning you are introduced to the game by means of simple quests, but the interface is so simple and well set up that it is self-explanatory. Your life and experience meter, your items, your equipment, your attacks, everything is clearly set up. At the bottom of your screen you have a strip with icons that represent an attack and so by clicking on an enemy and clicking on an attack you will gain your first experience points within a few seconds.
Experience points are earned by defeating monsters, by discovering new areas, but also by completing quests. The quests in World of Warcraft are pretty standard at first. You are expected to kill 10 scorpions and take their tails with you, but later in the game you will be sent to destroy the plans to attack the Orcs and there are also escort and party quests. You have to do it together with other people in a party.

You can defeat monsters and solve quests together with a large group of people. This way you combine each other’s strength and you are much stronger, but you do share the experience points and the money earned. Later in the game, you can also create a permanent party called a Guild. You could see this as a clan and it is very nice to be in a guild.

gigantic
The world of Azeroth in World of Warcraft is simply gigantic. When I thought after half an hour of walking that I was on the other side of Kalimdor I was wrong, I had only crossed one of the many provinces. Grand Theft Auto: San Andreas is nothing like that.
Just like in GTA, you have ultimate freedom to go and do what you want. It is not very advisable to go to the distant provinces with a low level because there are strong monsters there, but the game does give you the choice. And when you die it is not a disaster either, your spirit will come alive again at the nearest Spirit Healer and you will then have to find your body as a spirit in the realm of the dead.

Duration
World of Warcraft is an MMORPG. Besides the fact that you pay the standard €44.99 for the game in the store, you will also have to pay a fixed amount per month to continue playing the game. Blizzard uses this money to keep the servers running, but mainly to keep adding new content to the game. New worlds, quests, items and abilities for example.
You will have to pay €12.99 per month, €11.99 per month per quarter and €10.99 per month per six months. This means that you will lose no less than 110 euros for half a year of gaming, but believe me, it is worth it. You can pay with a credit card or Paypal but Blizzard also comes with scratch cards. You buy this in the store and with the code on it you can play again for 2 months.

Graphics and sound
The graphics of World of Warcraft are great. The environments are really imaginative and the characters are all beautiful and cartoony. The animations are also top notch and the background music and sound effects are fine because they never get boring. The moves, whether it’s a simple cut or a complicated spell, are all very cool and you can’t wait to try a new move once you learn it. The sense of atmosphere in the game is almost perfect. The world of Azeroth is almost for your life and no place is the same or similar. The vast forests, valleys, mountains and cities will make your jaw drop again and again and it’s all very colorful without getting kiddy.

Conclusion
MMORPGs, Everquest, Final Fantasy XI, Star Wars: Galaxies and all other games until now were seen as games played by nerds who were addicted to a game late into the night and had no social life. World of Warcraft has the power to make the MMOGames popular with the masses as well, because the game is incredibly large, very easy and at the same time complicated, and very complete. World of Warcraft is infinitely playable and so addictive that you won’t want anything else. It will change your life, wave your hand to your social life and your night’s sleep. World of Warcraft is, in one word, awesome!