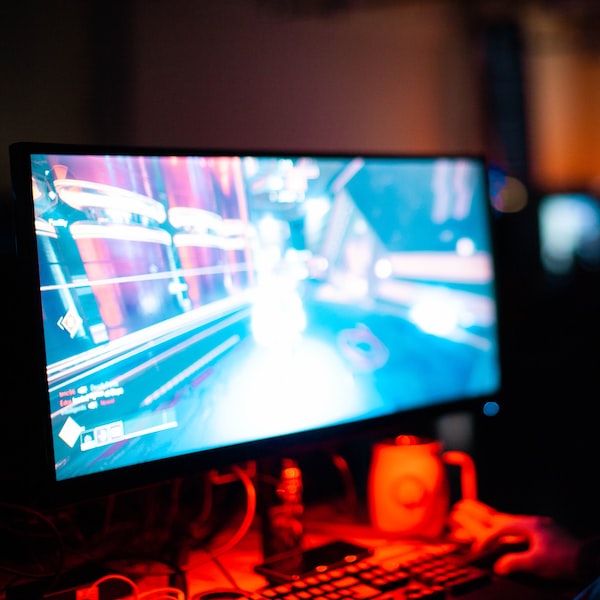 Check: Which game received the highest rating? Which title took players the most time in the past year? What games did internet users think were the best in 2020?

The year 2020 is behind us – most probably breathed a sigh of relief. However, last year there were also reasons to be happy, or a place for positive emotions and a taste for victory. Example? Xbox Game Pass has brought a total of 273 novelties to its catalog – including 90 titles from the EA Play portfolio. It also expanded the range of platforms for cloud gaming – currently 205 items, and over 1/3 of the titles available as part of the service received a score of 80 points or more on Metacritica. These are just a few examples of the past 12 months in Game Pass. Read more about last year’s recap below!

There is no doubt that last year is Game Pass time. There is no other gaming subscription service on the market with such a large portfolio. The subscription offered by Microsoft currently has 395 unique titles. However, from the point of view of the most die-hard gaming fans, who cannot tear themselves away from their favorite games for the console, PC or smartphone (via the cloud), in its broadest version the service offers as many as 495 items (some of the games are available for each of the above-mentioned platforms) ².

Breakdown by environment console owners they will find for themselves currently 348 titles, PC 229, a Android 205 users. Nevertheless, we all know that when choosing games, we are guided by the type of games. Fans shooters can reach for 101 gameslovers adventure games can choose from 370 titles. On the other hand, for amateurs family entertainment Game Pass offers 68 items. But that’s not all! Among the games ID @ Xbox you can choose from 87 optionsand 82 offers from the EA Play catalog.

The above statistics may be impressive, but the most important thing is always quality. According to the Wall Street Journal, Metacritic.com³ gives objective and most valued game scores. According to the website data, up to 37.5 percent titles available on Game Pass received over 80 points. However, the most numerous group of games are those rated in between 80 and 89 points – it is 32.2 percent. the entire directory of the service. What is noteworthy is the fact that as many as 21 games from the Game Pass portfolio has a score of 90 points or more.

The service’s highest rated game is a futuristic shooter with RPG elements: Mass Effect 2, who can boast 96 points. They were second in terms of the rating Celeste, Gears of War, Halo 3 – each with a result 94 points. In this category, he closes the podium sequel to Gears of War and the third installment of the aforementioned Mass Effect, both at 93 points.

Over 62 percent are ranked above 70 points. gamesand the average rating of all available titles is 60.3 points. Only 2.5 percent, or 10 games, is placed below 59 points on Metacritic.

In the fast-paced world, we have less and less time – in the context of gaming, it is certainly wrong. The favorite games, on the other hand, are the ones we spent the most time on – Ba! These are the positions at which its flow seems to fade away and it is unknown where the night has escaped. On the other hand, a lot depends on the situation. Some games are fun because you can sit down and finish them in one go, and come back to them in the future to ***** the result.

Zajawkowicz from the first approach will most willingly reach for the co-op Dead by Daylightwhich, according to HowLongToBeat.com, you can even spend 461 hours⁴. This means that you would have to play this title continuously for 19.2 days! It is worth noting in this case that we are talking about the time devoted to the game itself. Due to its mode, it is difficult to speak strictly about its completion. There are 4 more items in the Game Pass catalog of similarly engaging games – on average, players spent over 100 hours playing each of them, and these are:

In contrast, the games that will take us the least time are Fractured Minds – an adventure game in which you have to overcome mental problems (sic!) And get it through just over half an hour. Another express proposal may be very up-to-date Pandemic: The Board Game. As the name suggests, the goal of the players is to fight the pandemic. Contrary to the reality that the whole world has been struggling with for a year, this item can be completed in 1 hour.

EA Play is on the horizon in Game Pass for PC, more games from nine Bethesda / ZeniMax development studios will be added to Game Pass in each of its releases, and the Medium, prepared by the Polish studio Bloober Team, will have its premiere later this month . And that’s just the beginning of the year! STAY TUNED.