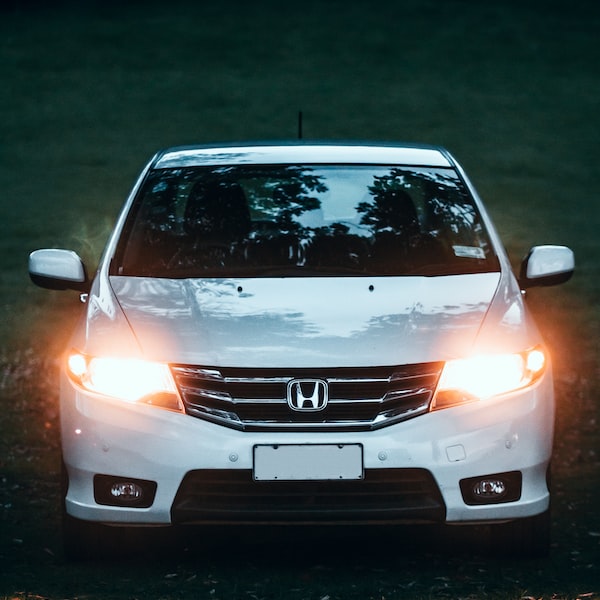 We will buy a new car by phone, and new tools based on virtual reality and mobile gaming will help us in this.

In 2021, Toyota and Lexus are preparing a strong expansion of online tools so that customers can buy a car without leaving home. Global automotive brands are trying to keep up with the new consumer needs dictated by the pandemic. The research conducted by AdColony for Mobiem shows that Poles also buy 100% cars more and more often. over the Internet. The automotive industry is changing dynamically now, and the largest and experienced players know where to look for potential customers on the web and are also entering the world of mobile gaming more and more boldly. That’s why Ford hired a video game developer to design a new pick-up model, and players asked for help in creating a car called the Ford of Europe.

There will be more and more such forms of combining virtual reality with real purchasing decisions. Today we find customers in e-commerce channels, and mobile gaming users are an increasingly stronger group of digital consumers.

It turns out that the purchase of a passenger car this year. plans 46 percent. Poles asked about it. Surprising? No, but every fourth of them wants to conclude such a transaction only using online tools, and not in person, visiting a car showroom or meeting an intermediary, and this is a forecast worth attention. This is important data for the automotive industry because it shows completely new consumer behavior. This is an opportunity to read the needs and expectations of potential buyers and find them on the Internet, among others in social media, thematic websites and through advertising in mobile gaming – Michał Pietruszka, Head of Mobile Product, Mobiem Polska

The winning strategies will be supported by mobile gaming

Toyota, Skoda and Volkswagen are the most purchased new car brands in 2020. Lexus, among others, recorded an increase in sales. Automotive concerns that did the best during the economic downturn are investing ever larger budgets in digital activities. They mainly communicate with their customers online, as this is what digital consumers expect. Toyota has introduced the SmarthPath technology, which is to be a complete customer experience path leading to the purchase of a 100% car. via the Internet, giving Internet users a personalized offer creation process over which they have full control.

In 2021, a similar service is to be spread among its Lexus dealers. Their program is called Monogram, and its task is to contact people interested in presenting the brand’s models and purchasing a specific vehicle fully online. However, if you want to buy a new Volkswagen, but you do not intend to appear in the showroom, the manufacturer has prepared the Sign Anywhere solution, which supports digital signing of documents. What’s all this for?

The situation is different in the case of heavy goods vehicles.

Currently, almost all manufacturers on their websites have a configurator available, in which you can create a virtual truck tailored to your needs, equipped with various amenities. The whole process, however, is not aimed at direct purchase, but encourages you to save the selected configuration and leave a contact for the dealer. When buying a car online, especially trucks, which companies often purchase in quantities of more than one piece – this process is so far difficult due to the high price volatility. In addition, among these types of vehicles, an almost inseparable element of the purchase is the ability to test the vehicle live, e.g. in terms of fuel consumption. On the other hand, all formalities related to the purchase of heavy goods vehicles were significantly facilitated. Especially in leasing companies where contracts contain several dozen pages, the transaction can be finalized, e.g. by electronic signature – says Tomasz Czyż, expert of the INELO Group, a producer of software for transport companies.

Does this mean that now automotive brands will be outdoing each other in online activities aimed at potential customers? Probably yes, but standard forms of promotion may not be enough. Currently, we are dealing with conscious and experienced users of a global network who expect precise but also creative messages. What’s more, when starting the purchasing process, they increasingly use mobile tools. 58 percent of people surveyed by AdColony read online reviews about car models on the displays of their phones, and more than half admit that a well-designed mobile advertising could tempt them to decide to buy a specific car brand. If the so-called advertisements on the phone meet with the sympathy of the recipients, the promotion in mobile gaming is also worth attention, especially in the case of the automotive industry.

According to experts, computer games improve the multitasking of the brain. For example, research from the University of California, San Francisco has shown that NeuroRacer can help you exercise concentration, reaction speed, and short-term memory. In this 3D video game, players use their left hand to steer the car along winding and mountainous roads. They also have to watch out for any signs that appear. Some of them need to be shot down using the fingers of your right hand. Training skills from the multitasking group is consistent with the philosophy of many car brands, which in this type of games could present players with their technological solutions implemented in real vehicles.

However, in other competitions that we undertake on mobile tools, we count primarily on emotions and here brands such as BMW or Porsche are already paving the way in-game-advertising, strengthening their image in the minds of players in specific entertainment – in this case in Need For Speed ​​races. . An interesting ad was designed by Volkswagen, which provided participants of the popular entertainment game with an additional card in exchange for watching a short film about VW Golf 8. The results of this campaign are impressive, especially if we look at the Video Completion Rate at 93%.

Automotive and video game specialists agree that everything that surrounds us is like reality in a computer game. Perhaps that’s why Ford designs Team Fordzilla P1 – a car dedicated to gamers, and at the same time hired an experienced video game designer to create the Ford -150. Mark Sich claims that video games accelerate visualization, and this approach is needed precisely in modern vehicles.

Perhaps that is why the American pickup truck is the best-selling Ford model recently, and customers order it online without a test drive or visit to the showroom. The games stimulate the imagination, as do well-prepared ads in mobile gaming.