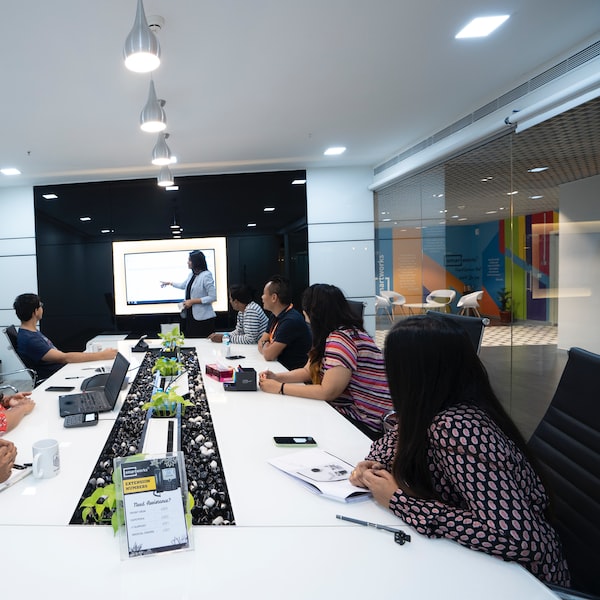 Playstation 4 Y Xbox One they are on the lips of all gamers. The new generation has arrived just two months ago and the commercial success backed by the harvested sales make it quite clear that there was a lot of desire to release new consoles. However, as they say, this is still in its infancy: there is still time for us to begin to see the true potential of the machines and, above all, the real games sell consoles.

Patience is a virtue, and sometimes waiting is the best thing to do at the beginning of a generation: later on the prices of the consoles will have been lowered, we will have reviews of models that will correct the possible failures of the first and the catalog of games should be increased in quantity and quality to justify the outlay of hundreds of euros in a PS4 or Xbox One. What to do in the meantime? Keep squeezing your PlayStation 3 and Xbox 360, because these consoles still have a great year ahead. Don’t you believe me? Well go ahead and take a look at this special report on upcoming news for Sony and Microsoft veterans.

The sequel to one of the most demanding role-playing games on the market is one of the most desired titles by hardcore gamers for this 2014. We will return to visit those gloomy and dangerous places from the original game, years later, to continue enjoying each death and the breathless challenge that a program will offer us where one wrong step can lead to death. Dark Souls II is coming March 14 to PlayStation 3, Xbox 360, and PC.

As the most legendary vampire of all time, Dracula, we will have to overcome an action and platform adventure that will be the culmination of the Lords of Shadow trilogy, produced by the Madrid studio Mercury Steam. Castlevania: Lords of Shadow 2 is coming February 27 to PlayStation, Xbox 360 and PC.

Lightning will return as the protagonist for the third time in this Final Fantasy that will close the so-called Lightning saga that has occupied the cycle of PlayStation 3 and Xbox 360. Some players have taken a lot of dislike to this character, something that Square Enix is ​​aware of and we hope that they have taken good note to give us a game with better rhythm and intensity than the previous one. Lightning Returns: Final Fantasy XIII will be available on February 14 on PS3 and Xbox 360.

Another of the desired this year due to the delay in its launch, which was almost going to overlap with that of Assassin’s Creed IV. The studio responsible for the game seems to need even more time to finish polishing this Watch Dogs, which will propose us to move freely around a big city while using technology and our mobile phone to get out of tricky situations. It is expected to arrive during the first quarter of this year for PS4, Xbox One, PS3, Xbox 360 and PC – the Wii U version appears to have been canceled.

The fifth chapter of the Metal Gear Solid saga is still going to be prayed for. Meanwhile, Kojima Productions will launch this prologue at a reduced price on March 18 – at 40 euros for the new generation versions, 30 euros for PS3 and Xbox 360 – where we can appreciate the playable news in addition to the benefits of the promising Fox Engine. As for Metal Gear Solid V, it seems that it still needs more development time and even Kojima himself hinted that it would not be released until the new consoles were settled. Surely the wait is worth it.

The return of this classic PC saga will come from the hand of Square Enix as publisher and will do so on a multitude of platforms: PS3, PS4, Xbox 360, Xbox One and PC. The game will be an adventure where stealth will prevail in order to earn the prestige of a great master in our guild while we face conspiracies that will not leave us indifferent.

The long-awaited game from the former Infinity Ward, now under the Electronic Arts umbrella, will arrive exclusively on Xbox 360 and Xbox One, although there will also be a PC version – and who knows, in the case of EA, if we will see it in the future in , at least, PlayStation 4-. Skirmishes without a second’s respite and huge highlights will be the tastiest ingredients in this fps focused purely on online mode. It will arrive on March 13.

The ambitious project that Activision has with this franchise from the hand of Bungie, the creators of Halo, will start at the end of the year in style. A surely bomb-proof gameplay, character improvements with role-playing touches, cooperative online game -there will also be an offline experience- and vast scenarios to explore in the galaxy, will be the fundamental pillars of this Destiny, which will land on PS3, PS4, Xbox 360, Xbox One and PC.

This compilation will bring together in the same pack the four games of the saga, including the debut of the original Far Cry for PC on consoles (remember that, previously, adaptations for Xbox, Xbox 360 and Wii were launched that were far from the genuine Crytek game). Well, at a reduced price, you can enjoy Far Cry Classic, Far Cry 2, Far Cry 3 and Far Cry 3 Blood Dragon next February 12, on PlayStation 3, Xbox 360 and PC.

Little or almost nothing is known about this mysterious Persona 5, only that it should arrive by the end of the year and exclusively for PlayStation 3. The fans of the saga, of course, are eager to get their hands on the first images or gameplay of the game , something that we hope that Atlus will release in the coming months, and, hopefully, we finally get a game from the Persona saga translated into Spanish.

Dragon Age II greatly divided the fans of the saga, who did have the same criteria to agree on the greatness of the first game. BioWare has been aware of these detractions and has promised that this Dragon Age III Inquisition will be a full-blown redemption and that it will not only bring the best of the first installment, it will be able to offer better gameplay and a more epic story. It is expected to be released this year for PS3, Xbox 360, PC, PS4, and Xbox One.

The creators of Dead Island will once again try their luck with another sandbox proposal where we will have to survive a zombie invasion with more deadly undead than in the previous works of the study. Hopefully the bugs that were seen in the old Dead Island have not been dragged into this Dying Light, which could be another interesting online cooperative proposal. We will have it this year in both the old and the new generation.

The forgotten saga of Id Software will return from the hand of the MachineGames studio, formed by former members of Starbreeze, as you well know, authors of games like The Chronicles of Riddick, the first The Darkness or the insubstantial Syndicate. The plot of the game will be the strong point of the program, where the ***** dominate the future through their advanced technology. MachineGames has promised a great single player experience, as the program will lack multiplayer. It will come to PS3, PS4, Xbox One, Xbox 360 and PC.

South Park: The Stick of Truth

Lovers of role-playing, silly humor, and especially South Park fans should be in for a treat. South Park: The Stick of Truth, a program developed by Obsidian (Fallout New Vegas) will combine all those ingredients in an explosive and hilarious game that has already suffered several delays and still does not have a fixed release date, but rest assured that it will not take long to arrive on PlayStation 3, Xbox 360 and PC.

The Evil Within is emerging as a classic survival horror adapted to modern times, without trying to lose the essence of those games, such as the original Resident Evil or Silent Hill, which forced us to ration ammunition, measure our steps well and know when it was smarter to run than to face a mighty spawn. It has no confirmed release date for its platforms -PS3, PS4, Xbox 360, Xbox One and PC-, but it will be 2014 when we see what will be the last work of Shinji Mikami in video games.

The Guilty Gear saga has remained for several years without receiving any new title, beyond mere ports or re-updates of old deliveries. It seems that at last we will be able to enjoy the return of one of the best fighting franchises that we saw in the time of PS2 and Xbox, although this time it will do it exclusively for PlayStation 3 and PlayStation 4. The only downside would be that, seeing the history of releasing reissues of BlazBlue, the player will be abused in the same way.

The creators of the unforgettable and haunting FEAR dare to give their dark version of Tolkien’s world with this Shadow of Mordor. In the game, we will play a fallen and risen knight, who could also have nazgul powers, with which we will travel the most sinister and hidden wastelands of Mordor, with a gameplay that seems to borrow various playable elements from franchises such as Batman Arkham or Assassin’s Creed. It is expected to arrive on old and new generation consoles.

After the nonsense of Aliens: Colonial Marines, Sega ordered one of its most trusted studios, The Creative Assembly, to develop a game based on the famous xenomorph IP to redeem itself from that very poor Gearbox game. Alien Isolation will introduce us to the daughter of the mythical Ellen Ripley and we will have to help her survive in a ship where she remains isolated with a single and lethal xenomorph. The program will bet on recovering the atmosphere of the original 1979 film and its gameplay will be oriented towards survival. We will see it on PS3, PS4, Xbox 360, Xbox One, and PC.

As you have seen, there are many great titles, and of quality -or at least of renown-, that we will see during this 2014 for the veteran PlayStation 3 and Xbox 360, of which you can still expect dozens and dozens of hours of fun while the newly released new generation of console matures. What are your favorites on the list? Would you add any more?

More information – Games you should not miss VL 3