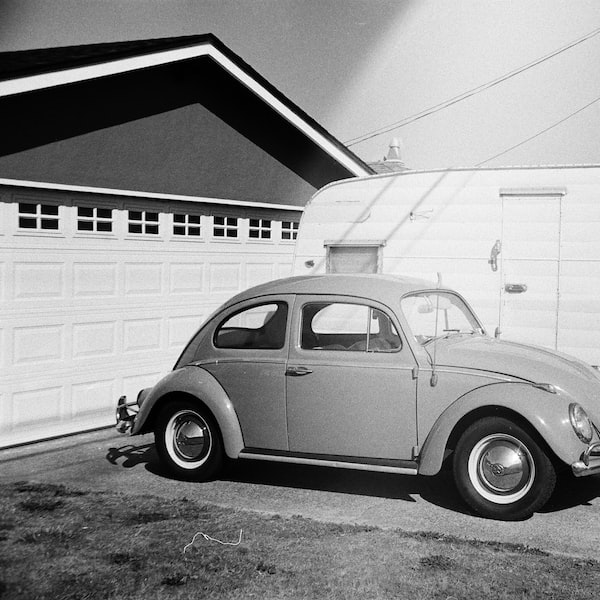 Apart from the statistics on those infected, recovered or deceased in the corona crisis, there have been a number of interesting figures and studies on the corona virus and its consequences for the economy and society in recent days. The most important results for the marketing industry at a glance.

Is Corona boosting automobile sales? According to a study published in May by the Institute for Transport Research at the German Aerospace Center (DLR), Germans’ favorite means of transport could continue to benefit in the crisis. According to this, many people feel uncomfortable on public transport because of the risk of infection. On the other hand, you feel safe in your own car as well as on your bike. Almost all respondents stated that they felt more comfortable in the car or just as well as they did before the crisis.

“In the context of the Corona crisis, one can certainly speak of a revival of the private car,” said Barbara Lenz, Director of the DLR Institute for Transport Research. “Surprisingly, many young city dwellers in particular miss their own vehicle in this situation. Whether these developments will continue after Corona will not only be exciting to see for us researchers. “

Hardly any other topic is currently as hotly debated as the debate about possible incentives to buy cars. A current consumer survey indicates that potential purchase premiums could generate interest because numerous car owners are considering the idea of ​​an additional car anyway. In its current DAT barometer, Deutsche Automobil Treuhand (DAT) also analyzes the different behaviors of end consumers in times of Corona, such as the workshop business, the mileage or the assessment of the current situation. The basis is a representative survey of car owners by GfK.

Here are the main results:

Approval for a car purchase bonus – but not a flat rate

The Nuremberg market research institute Puls recently dealt with the question of whether and what type of car purchase bonus is the most popular with customers as part of a study. 531 people who plan to buy a car in the next six months were surveyed. 78 percent are in favor of a car purchase bonus. Among the female respondents, approval was significantly higher at 86 percent than among men (76 percent).

According to the PulsStudie, opinions on the structure of the car purchase bonus are divided: one in three (34 percent) supports a general purchase bonus for all new vehicles, 26 percent prefer such a purchase bonus as an eco-bonus for climate-friendly vehicles and 18 percent are in favor of a mobility bonus that supports the Gives consumers the freedom to choose between a car and other means of transport (e.g. public transport). 22 percent think a bonus is superfluous because it would favor a certain industry.

Against this background, according to Puls managing director Dr. Konrad Weßner “the path envisaged by politicians of a staggered premium for cars based on climate friendliness pretty much exactly with customer preferences”. In addition, a mobility bonus could be considered, which one in five would like to see. In order to avoid a “wait and see and drink tea” from those interested in a car, a clear decision should be made quickly regarding the purchase premium for this key German industry.

New users of digital services remain after the corona crisis

During the Corona crisis, many people in Germany tried out new digital services for the first time – and, according to a survey, they mostly want to continue to use them. A good three quarters of first-time users of digital channels (77 percent) announced this, as the survey by the consulting firm McKinsey showed. The highest intention was to stay with online banking at 86 percent and the lowest for grocery shopping over the Internet at 63 percent.

The survey asked about the use of digital offers from ten areas – including insurance, travel, entertainment, and clothing purchases. Before the crisis, a person used digital channels from an average of 2.1 of these industries – now there are 4.6. According to the survey, almost one in four new users (23 percent) of digital offers spent their money on entertainment, followed by online purchases of clothing (19 percent) and groceries (17 percent).

Corona has an impact on spending behavior

For many people, the corona pandemic has an impact on their professional situation. Nothing has changed for 64 percent, as a representative survey by Kantar Emnid on behalf of Fidelity International shows. However, 20 percent of those surveyed are affected by short-time working. 12 percent feel severe financial losses. One percent of those surveyed complained about job loss.

Service seals have a positive effect on purchasing behavior. With comparable providers, 22 percent of those familiar with the seal prefer the certified service provider. In addition, 43 percent are willing to accept at least slightly higher prices for this. This is the result of a survey by the Hamburg market research institute Splendid Redearch among 2,400 Germans between 18 and 69 years old on the subject of service seals.

Service seals also provide important guidance for many: 45 percent of consumers agree with the statement that a service provider with a seal is fundamentally more credible than one without. For just under a third of Germans, a seal of approval stands for increased quality of advice. The RenewablePlus label (76 out of 100 points) and the service seals from TÜV Rheinland (74 points), TÜV Saarland (73 points) and TÜV Nord (72 points) enjoy the highest level of trust. Top runners in terms of awareness are TÜV Rheinland Certified Service Quality (82 percent), TÜV Saarland Service tested (72 percent) and the Germany Test Seal from Focus Money (70 percent).

With optimism and confidence through the crisis

The software provider Salesforce asked employees in six countries about their expectations and fears about the future. The result: Generally speaking, Germans in the crisis are relatively optimistic and confident compared to other countries. A small majority feel good and secure – 68 percent can even imagine working from home in the long term. The respondents in Germany are most concerned about their physical health (42 percent are very or extremely concerned) and their long-term financial situation. 42 percent fear that their job is at risk. This puts Germany in the European average: In Great Britain this concern is shared by 49 percent, in France 42 percent.

Regarding the expectations for the future of the work of the respondents in Germany, the results are in part surprising: