Frontlines: Fuel of War (Hands On) 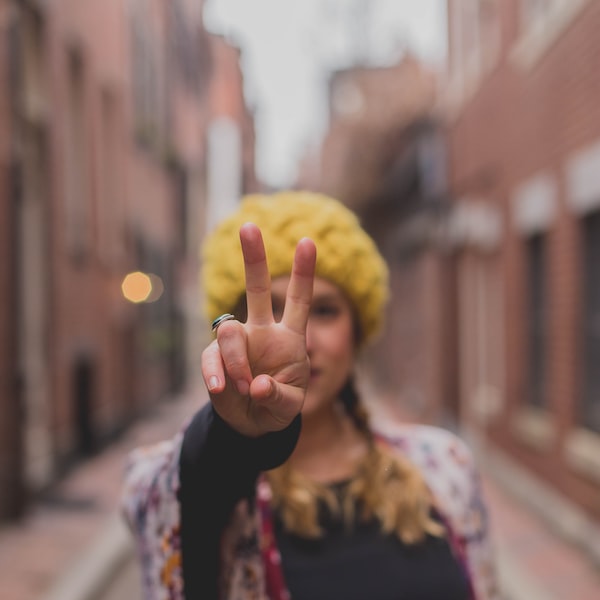 Last week, BestyGame had the opportunity to finally get their hands on Frontlines: Fuel of War. So it’s high time for a real hands-on preview of this game that has been in development for several years.

While the whole of the Netherlands was either stuck in traffic or was already sick of the pepernoten, BestyGame was present on Friday afternoon 5 December for a hands-on play session of perhaps one of the most interesting titles of the coming months. The place of action was the THQ headquarters in Breda where we were placed in front of a fat HD screen and after some general information, we first got to see some trailers. These trailers immediately give you a good impression of what Frontlines: Fuel of War is: a so-called ‘Open World’ First Person Shooter that not only has a solid single-player campaign under the hood but also has a strong multiplayer mode .

The first thing that came to mind when I saw the first images and screenshots of Frontlines: Fuel of War a while ago was: ‘Battlefield’! Not really, of course, but there are definitely similarities between these games. That is not surprising at all because some members of the team of developer KAOS in New York have also worked on Battlefield 2. Entirely in the tradition of recent times, Frontlines: Fuel of War will first appear on the PC and the Xbox 360, after which the Playstation 3 version will be next. Of course, it’s not bad at all that some Battlefield influences will be noticeable because there aren’t many such games for the next-gen platforms yet. Battlefield 3 is still a long way off, so it’s the perfect time for THQ to release a game like this.

The intention of THQ and developer KAOS should be clear: to build a large clan community that will also come to life. The maps will in any case not be because there are already eight pieces and not of those little ones. The game will host sixty-four players online when you play the PC version, and when you check out Frontlines: Fuel of War on Xbox 360, you can play with up to thirty-two players. Obviously, this lower number has to do with the limitations Xbox Live has.

I learned the story behind Frontlines: Fuel of War through the trailers, but also through the awesome intro movie. Frontlines: Fuel of War is a futuristic first person shooter set in response to contemporary events. Following an energy crisis and a global depression, two parties, the Western Coalition (US/EU) and the Red Star Alliance (Russia/China) are fighting a conflict with each other. Striking about this intro were the appearances of world leaders such as Bush and other Chinese and Russian leaders. This is a strikingly bold but also unique move by THQ because political issues never really have a realistic face in games. But now, after the incredibly realistic shootout in Call of Duty 4, Frontlines: Fuel of War is also making a contribution to the political pocket. You can choose whether to fight for the Red Sar Alliance or the Western Coalition, but it doesn’t seem to matter which side you choose, apart from the weapons and vehicles that will be at your disposal.

Central to Frontlines: Fuel of War is the ‘What if…’ question. What would happen if an energy crisis prevailed on Earth? What would happen if the East and the West got into a deep conflict. The game takes place in the year 2024 and the story is told by a journalist who travels with the soldiers. The gameplay can be described as a vehicle and infantry shooter where you have to fight for strategic points and destroy enemy facilities in order to achieve certain objectives and mission objectives. The front line plays an important role in this, because it varies and shifts due to the combat actions of the two sides. We don’t know exactly what that will look like in multiplayer, because in Breda we only played a few levels from an extensive single player campaign. However, Robin from THQ assured us that the combat system looks the same in both single and multiplayer. Conquering areas is therefore central and this is regularly visible in both words and images when another area is conquered and the cry ‘Frontline is moving up!’ sounds. Of course you win the battle if you have achieved all the objectives.

You can go anywhere you want, as long as you reach the mission objectives in the end. Furthermore, there are almost unlimited possibilities at your disposal such as performing ground support, air support and performing countermeasures with the ultimate goal of protecting the entire front line. The game has some special features such as the ability to look through the walls to, for example, blow up a tank that is behind it. You can also clear routes to make circling movements and thus be able to surprise the enemy. You do this clearing of routes, among other things, because there is a lot to destroy in the game world. Not everything can be blown up, but very often there is a wall to build so that you can flank the enemy and treat them to some lead from an unexpected direction. Destroying the game world is also very cool to do. This way you can shoot pillars where enemies are standing behind and those pillars collapse really nicely.

Of course, the various vehicles that you can move and use are central to the game. The different drones in particular are really cool to use. These drones vary from small floating controllable reconnaissance planes to small moving tanks on which you can also mount a minigun. Helicopters also come in different shapes and sizes. The helicopter drone is a small controllable helicopter with which you can also shoot, but above all explore. The drones are launched and controlled by you, but you have to keep an eye on the radio signal otherwise you will lose contact and they will become uncontrollable. At the bottom of the screen you always see the strength of the radio signal, so when this becomes too weak, you are forced to come closer if this is of course possible. This is an important tactical aspect of the game. Very handy is that you can detonate the drones, both flying and driving remotely. Drive a mini-tank under a large enemy tank and detonate it: the result is a gigantic explosion that not only knocks out the tank, but you are also treated to a true visual spectacle in the form of a tank that almost does a somersault created by the explosion. The large helicopters can be manned with a maximum of five people. This is not only useful in multiplayer (then crashing is not very useful) but also a lot of fun to do.. Controlling the large helicopter requires quite a bit of practice, especially if you want to aim precisely and also want to arrive at the correct destination. If you do lose your helicopter, you have a last resort at your disposal in the form of a parachute. You have to think about it and that often turned out not to be the case…

We played the first levels of the game in Breda, both on an HD and HD-ready screen. The graphical difference is clearly visible, so if you want to enjoy the game to the fullest, you’ll have to dig deep into your pocket. We were placed on an oil refinery in the first level (the perfect location to avoid crashing with a helicopter) in squad One Three Bravo. Of course, the helicopter you are in will be shot down anyway and the level will start with defending the crash site. It immediately becomes clear that aiming is not the easiest part of the game. In addition, you regularly have to take cover and you do that by pressing a thumbstick. Unfortunately, you are bound to the order ‘standing/squatting/lying down’ so that you cannot always immediately assume the most ideal position. Of course you can immediately jump away from crouching with the ‘A’ button so that you don’t have your nose on the ground when you actually want to stand, but you are not always waiting for that when you are in cover. Fortunately, it takes a while before you are fatally affected. There is no real running through levels, because you are forced to make optimal use of all (technical) possibilities at your disposal.

I played the Darkness Falls level on ‘Normal’ difficulty, but enemies still regularly invited me to fill their backs with lead. To what extent this will be improved and whether the AI ​​is better on the highest difficulty level was not entirely clear to me. Anyway, I had the feeling that I was dealing with a product that was quite finished. Smoke, fire and explosions looked fantastic and couldn’t get any better and so were the sound effects which were truly overwhelming. The mini-map works very well and gives you a perfect overview of the frontline and the objectives. The location of the objectives is indicated with red smoke and that ensures that it is never really unclear where you should be. It is mainly about how you are going to achieve those objectives. Unfortunately, the vehicle drones are still only moderately controllable, so I hope that will change. If you do get shot, you won’t be thrown far back in the game. There were quite spicy parts in the levels so there was no shortage of challenge. A killed enemy also gives you some pleasure because, especially with headshots, they fall to the ground with a great sense of drama or crash down from an eaves. The game also contains some funny moments. For example, one of the enemies decided to hide in a Dixi, a mobile toilet, but of course we didn’t fall for it… Furthermore, it remains wonderful to detonate a grenade fired by you at the moment you chose, namely above the heads of the enemy.

I really enjoyed the first levels of Frontlines: Fuel of War. The game seems very accessible to me and more importantly, it is also a lot of fun to play. A strong point of Frontlines: Fuel of War, in addition to the freedom to go where you want, is that you have so many technical resources and are also forced to use them. With the single player campaign you will be able to enjoy yourself for about ten to fifteen hours, but in the end it’s all about the multiplayer and especially the freedom you have to choose how you will achieve the mission goals (jointly). Fancy a round in a heli? No problem… Would you rather sit in a tank? Just do it… Are you a fan of technical aids? Have fun… We have even been led to believe that the deployment of an atomic bomb (wind!, shock wave!) will also be possible, but we have not seen that with our own eyes. Perhaps that will be in the preview version that we hope to receive soon. Until then, we can all enjoy ourselves with the demo, which can be downloaded from Live, among other places. As far as we’re concerned, Battlefield should be seriously concerned…