Gossip: Jak & Daxter and Legacy of Kain remakes are coming for PS5 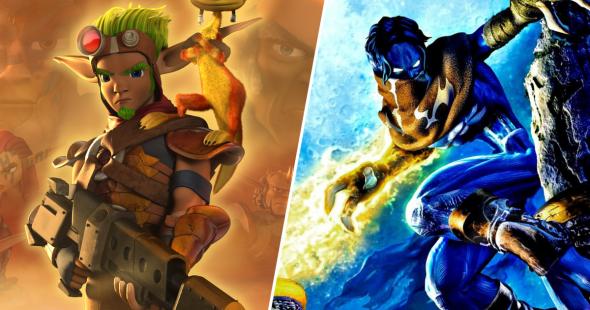 Bluepoint Games is also said to be working on two serious projects.

It has long been a guess what the Bluepoint Games team is working on, which, after an excellent PS4 remake of Shadow of the Colossus, is once again making a rethink, which they say will be their most serious project to date. So far, the rumors were mostly about Demon’s Souls, but now a 4chan post of dubious origin – which, given the site’s reputation, can be rock-hard leaks and bumpy bullshit – reported something completely different.

According to the mysterious leak, two games are currently being developed at Bluepoint Games. One is the Jak & Daxter Re-Trilogy, which would revive the Naughty Dog action-platformer trilogy, but not in the form of stand-alone games like Crash Bandicoot or Spyro the Dragon, making it Activision, but kneading the trilogy into a single big story. , of course adapting the gameplay elements to it – all as a PS5 opening title.

The other game is also a remake, based on the Legacy of Kain, with the rights of rights holder Square Enix, retaining the original story but greatly modernizing the gameplay. For the latter, the main source of inspiration would be the Dark Souls series, while the environmental puzzles of the original game remain – but it’s not clear whether it’s the first piece of the franchise, Blood Omen or Soul Reaver.

PS5 – Sony has confirmed that there will be no PS3, PS2 and PS1 compatibility

Rumor has it that both games will be PS5-exclusive (obviously obvious in the case of the Jak trilogy), and Bluepoint’s earlier statement that their new game is “more than a simple remake” would fit both of the above projects as described. In the coming months, it will become clear how much of the above is true.

Mass Effect is coming to PC in May

God of War: Chains of Olympus coming to PS2 soon?

K-Tronix, is a device store in Colombia that inadvertently has completely filtered what was left…