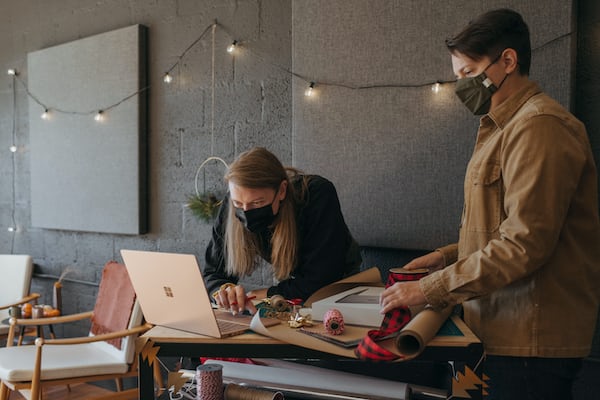 The trend is clear: being online anytime and anywhere is becoming a matter of course. Mobile use has also revolutionized the cell phone market. The number of smartphones with convenient internet capability is increasing exorbitantly. This emerges from the Allensbacher Computer- und Technik-Analyze (ACTA) published yesterday.

Tablet PCs are also showing significant growth rates, but are still a long way from being ready for the mass market. But there is good news for providers of digital media content: The willingness to pay for apps is increasing.

Computers are present in almost every household today. 92 percent of the German population under 65 have a stationary PC or notebook at home. Although the two are definitely competing: the share of notebooks has now risen to 62 percent with an upward trend, because more than 80 percent of those who are thinking about buying a computer favor a notebook.

So while “colleague computer” has become a natural companion not only in the office, there is currently a rapid growth in mobile Internet use. “The option of mobile use is revolutionizing the mobile phone market,” says the current Allensbacher Computer and Technology Analysis (ACTA). It has been collected annually since 1997 with the aim of continuously monitoring the acceptance and use of digital technologies in Germany.

There has been a real surge in equipment for smartphones and other handheld devices such as tablet PCs and e-readers. “In a short time, the internet capability of cell phones or smartphones has become a central purchase criterion,” say the ACTA researchers. Just two years ago, internet capability was an important purchase criterion for only one in four (26 percent) planning to buy a cell phone or smartphone. That has changed enormously: for two thirds (66 percent) it plays an essential role that they can go online with their mobile device without any problems.

The huge demand for smartphones is also leaving its mark on the manufacturer’s market. The shares in the cell phone / smartphone market have shifted significantly in favor of Samsung (24 percent), Apple (10 percent) and HTC (4 percent). Nokia is still just ahead with a market share of 29 percent, but the Finns have lost eight percentage points since 2009. The curve is also moving downwards for Sony, Motorola, LG Electronics and RIM (Blackberry).

Those interested in the market are watching the development of tablet PCs with excitement. Publishers in particular hope that they will stimulate their content-driven business. There are two messages about this. The bad: iPad & Co are still a long way from being a medium for the mass market. And the good news: The percentage of tablet PC owners has risen sharply from 2 to 7 percent within a year, which currently corresponds to almost 4 million users. The strong demand is likely to continue: Another 10 percent, i.e. a good 6 million consumers, are planning to buy a tablet computer in the foreseeable future. For comparison: while two years ago only 15 percent of people under the age of 70 wrote it down on their technology wish list, there are now twice as many (30 percent).

So far, tablet PCs have been most widespread among well-educated, high-income 30- to 49-year-olds with extensive computer skills, who usually also use a smartphone. “The iPad and its competitors are currently primarily addressing the technical avant-garde,” says the analysis by the Institute for Demoscopy (IfD) Allensbach.

The flood of application programs for mobile communication is no accident. Because the applications (apps) are widely accepted, as ACTA confirms. 63 percent of total mobile users and 91 percent of tablet PC users have already downloaded apps. “While the free mentality is widespread on the conventional Internet and willingness to pay is tending to decline, the chances of monetizing digital offers, including editorial media offers, are improving on the mobile Internet,” so the conclusion.

Almost half (42 percent) of the mobile users who have experience with apps have already downloaded paid offers. The figure is as high as 60 percent among tablet PC users. More than a quarter of the users of tablet PCs already use paid media offers or could well imagine doing so. It is a good third of those who are particularly interested in politics, business or science and research.

Media apps are in demand

Use increased significantly compared to the previous year