LightUp and Light +, the ‘revolution’ of night photography of the Galaxy S8 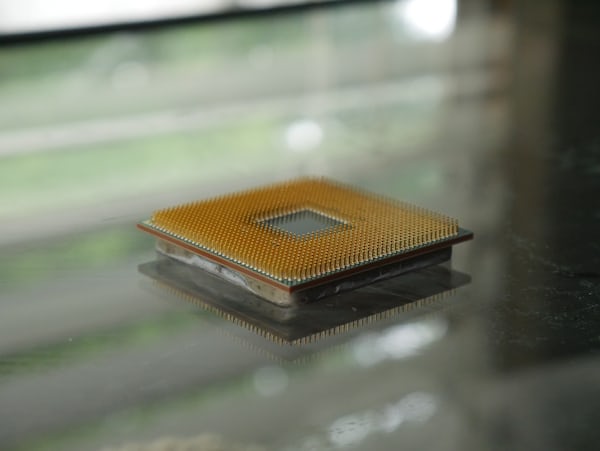 LightUp and Light +, the ‘revolution’ of night photography of the Galaxy S8

It is evident that the Samsung Galaxy S8 that, as every year, will arrive in the Mobile World Congress 2017, at the end of February in Barcelona. And between leaks and rumors there are an interesting novelty, which has to do with the camera that will mount this new smartphone. The information comes from a brand registration by the manufacturer, on the concepts LightUp and Light +, and both related to imaging technology. This is what the South Korean firm is preparing with the camera of the Samsung Galaxy S8.

The camera of the Samsung Galaxy S8, if we look at the latest information, will have a module of two sensors like the latest from LG, Huawei and Apple with their iPhone 7 Plus. Now, each manufacturer has opted for a different way to take advantage of your ‘double camera’, and Samsung will follow the line marked with the Galaxy S7 betting on a best night photography. Well, at night, or simply in low light, then also for interiors.

Night photography with the Samsung Galaxy S7 / from Gavin’s Gadgets

We start from the Samsung Galaxy S7 as the basis for the development of the new terminal, and in the current generation they are already offered 1.4µm pixels and an opening f / 1.7 of great luminosity. This in a sensor 12 megapixels and with the peculiarity that each of these pixels has two photodiodes for noticeably faster focus than competing technologies. Therefore, the two crucial factors for the Samsung Galaxy S7 to stand out in low light shots are in your set of lenses with a very bright aperture, but also in the double photodiode, but also in that larger pixel size, with more information for each minimum unit.

The Samsung Galaxy S8 camera will feature Light + and LightUp technologies, designed to optimize the capture of photos in low-light scenes.

And with these technologies, Light + and LightUp, Samsung is simply going to name the Samsung Galaxy S8’s new camera technology. That according to the leaks around the terminal will consist, mainly, of the combination of two 16 and 8 megapixel sensors, respectively, for ‘the improvement of the brightness and clarity of digital images and photographs taken in low light environments’, according to the official definition of Samsung around these two new trademarks. How can this be done?

Two cameras to get the best light

Apple has combined two sensors in its iPhone 7, but has only taken advantage of them the difference of their lenses. One of them has a wide angle and the other has a ‘telephoto’. And the jump to telephoto only supposes an enlargement of the image (2x) according to its relation. The problem that Apple has, precisely, is that this jump of objective -and lens- also means lose luminosity by the f / 2.8 aperture of its telephoto. To solve this, the iPhone 7 Plus do not use the second lens in low light shots, or at night.

Apple ‘loses light’ in favor of a two-fold ‘optical zoom’, which forces to go from f / 1.8 to f / 2.8, according to the specifications of the two sensors – and lenses – of the iPhone 7 Plus

There are many possible ways to take advantage of a double camera to achieve the best light in the photographs, but we can think of a very similar to what Apple has made … but just the opposite. Without knowing too many details about what they will offer Light + and LightUp, beyond claiming to be ‘the night photography revolution’, we can think that it is a combination of different sensors and lenses. If in the iPhone 7 Plus the two sensors are 12 megapixels, and in the Samsung Galaxy S8 they will be 16 and 8 megapixels, we already have the first difference. But in the iPhone 7 Plus, in addition, another difference is that one is 28mm and another 56mm – hence the ‘optical’ zoom, and one offers aperture f / 1.8 and another f / 2.8.

Therefore, the key of the Samsung Galaxy S8 could be in a very similar way, different opening for the combination of information in the ‘processing’. It is evident that most of the ‘information’ of the photographs of the Samsung Galaxy S8 will be provided 16 megapixel sensor, but this 8 megapixel will do the functions of complement. Following this theory, a possible improvement would go through keep the aperture identical on both sensors and simply adjust automatically The exhibition and the ISO independently -for each sensor- at the time of the photo. The result is then processed and served as a single photo. What is this called? High Dynamic Range, High Dynamic Range or HDR. And currently it is done for improve exposure in backlit shots, for example. The key is that the use of two sensors allows to combine more information, more precisely, and in a faster way.