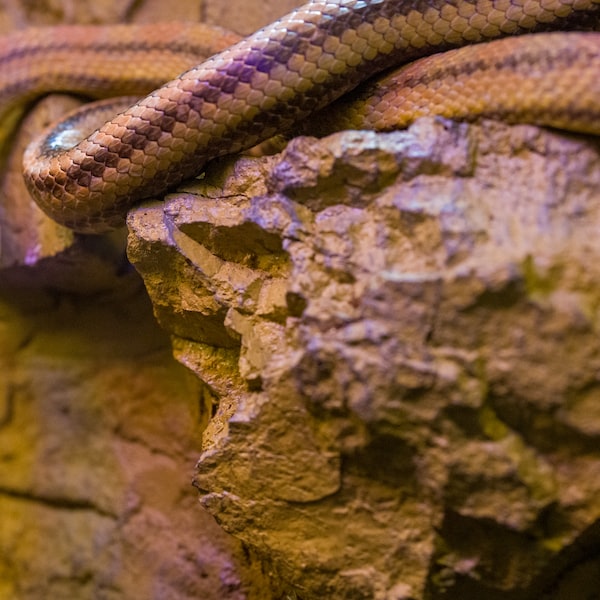 Metal Gear Solid 3: Snake Eater, along with Gran Turismo 4, is arguably the most promising game to hit the PlayStation 2 in 2005. Gran Turismo 4 didn’t deliver on all its promises due to a missing online mode and again no damage system, but Metal Gear Solid 3: Snake Eater is really one **** of a game, with a super story, exciting gameplay, many innovations and a long playing time.

60’s
This time, Metal Gear Solid 3: Snake Eater is not played on a base in Alaska or an oil rig off the coast of New York in our modern times, but in the 60s in the jungles of southern Russia. The Cold War is in full swing and the Russians are working on a new weapons system, codenamed Shagohod. You will have to get the mastermind behind this weapon, Nikolai Stepanovich Sokolov, back to the United States. You do this again with Snake, but whether this is the Solid Snake from the first part or Big Boss I’ll leave it up to you. His code name is Naked Snake (in real life his name is Jack), which means he could very well be Big Boss, given the year in which the game takes place.

So you will be sent to Operation Snake Eater with Naked Snake. After a spectacular HALO jump (High Attitude, Low Open, not to be confused with the Xbox game) you land in the jungles of southern Russia. That’s where survival really starts, because that’s what it’s all about in Metal Gear Solid 3; to survive.

survival
The gameplay in Snake Eater is very different from the first two parts. You are at the mercy of nature and you will have to rely on your senses and instincts. The radar on which so many players blindly relied is no longer there, after all, that thing hadn’t been invented in 1964. You soon learn to climb trees, hide in the long grass and remain unseen in nature. You have a camouflage meter in view that registers in percentage how well you are hidden. If it is set to 100%, you will be nothing more than a ghost in the darkness. In order to stay optimally hidden, you will also unlock different outfits and face paints in the game to completely disappear into the background. A desert suit will not stand out in a sandy landscape, but you will stand out even more among the bushes than a halogen lamp in the dark.

Catch your own food and take care of your own wounds
That survival aspect is also reflected in the many innovations that the game has. So you will have a stamina meter and when it drops to zero you will have to eat. Your mommy didn’t prepare a packed lunch for you, but you’ll have to catch your food yourself. Birds, rabbits, fruit, mushrooms, rats, frogs and snakes are among others on the menu to be eaten dead or alive. You can shoot these poor animals, but then they have a shorter shelf life and spoiled food can make Snake sick.
You can then heal yourself from a food poisoning, gunshot wound or snake bite in a special screen in which you will have to use your Doctor Bibber skills on your wounds with disinfectant, bandages and other medical items. This is a really fun minigame and when Snake stitches a wound it looks really cool.

Close Quarters Combat
In addition to these innovations, the core of Metal Gear Solid 3 still consists of dodging and taking down guards, taking out patrols and defeating bosses. In the jungle you will also be able to make good use of the environment, but a higher level of difficulty is the result. The soldiers are really not stupid and the AI ​​is, except for some points, perfectly fine. Sometimes they don’t always see you, while you are certainly in their field of view.
In Metal Gear Solid 3 you will be able to kill these soldiers in a much cooler way than in the second part, namely through the Close Quarters Combat Combat System (CQC). Snake learned this from his mentor The Boss and means that you can kill guards with your knife or the butt of your pistol, break his neck or interrogate him with the knife to his throat. They are not quite as fierce as the moves of Splinter Cell: Chaos Theory, but because you have control over them, they are at least as fun. Metal Gear Solid 3 also includes a wide arsenal of weapons. In addition to your new knife and pistol, you can also shoot stun darts or one of the many other unlockable guns and pistols.

graphics
Graphically, Metal Gear Solid 3: Snake Eater looks top notch again. The jungle really comes to life, the grass moves in the wind, animals run around and you are in the middle of it. The animations of Snake also look good, sneaking, bending, tigering, jumping, climbing a tree, it just seems real. Occasionally the camera does not really cooperate, but that cannot be experienced as disturbing. The cutscenes are very nice but again long. Gamers complained after Metal Gear Solid 2 that you were watching cutscenes more than you played and in Metal Gear Solid 3 the controller sometimes lies next to you on the couch for 45 minutes (!) In return, you get a super exciting story to choose from that really brings the game to life.

Conclusion
Metal Gear Solid 3: Snake Eater lives up to all expectations. The game is big, beautiful, exciting, innovative and intense at the same time and there is really a lot to unlock in the European version. Playing the game several times is therefore part of it and if you consider that it takes you about 20 hours each time, you know that you just have to get this game at home. A delightful single player adventure!