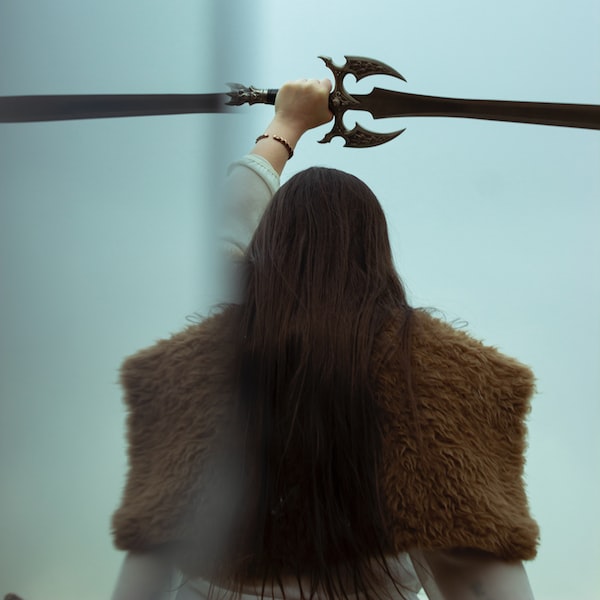 The encounter for mastery of the virtual ball has been facing Electronic arts and his FIFA against Konami and his PES for several generations of consoles. Right now, with a year behind Playstation 4 Y Xbox One And with the new graphics engines of each company giving life to the most respected football franchises, we have a more than interesting dispute.

This season, Konami delayed the launch of PES 2015 until the month of November to speed up a game that could put up a battle against FIFA 15 of a SHE who has been winning this match for several years against some Japanese who seemed to have lost the formula of the essence of their Pro Evolution Soccer, but that after several blind sticks, they finally seem to have hit the right key. The eternal dispute of FIFA against PES This time it is going to be much tighter in the new game systems, and therefore, here we bring you our comparison.

The graphics engine that has developed SHE for your FIFA 15 is the call Ignite, while Konami has bet on him Fox Engine, developed by the team led by the guru Hideo kojima and whose best standard bearer will be Metal Gear Solid V. Comparing both sports games, we see that FIFA 15 It has a large number of animations, some players who move fluently and more naturally and who have gained new movements and reactions, that is, we have as a base the deployment of the previous installment to which more details have been added. Improvement in PES 2015 It is much more evident in relation to last year’s delivery, with new animations, more successful twists and movements and more transitions, although in this sense they still seem somewhat forced or not very credible.

The kits are faithfully recreated, although realistic animations are still missing for them and that do not give that feeling of rigidity; facial recreations have improved in quality, but the Fox Engine shows faces closer to those of real players than the Ignition of SHE; the bodies in FIFA sometimes they are somewhat implausible due to their hyper muscular constitutions that have little to do with the true physical constitution of some footballers; we can also talk about illumination and recreations of states with a couple of points in favor of FIFA 15. It is difficult to decide who is above the other in this section, but it is clear that there has been a substantial improvement and that there is still room to polish.

Both games collect recognizable songs from real life, which helps the immersion within the encounter, and likewise the two titles collect a wide and varied soundtrack with current artists, something to be especially appreciated in PES, which suffered in this regard. But where you have to give both of you a good slap on the wrist is in the commentators. FIFA 15 count with one Manolo lama Y Paco gonzalez too synthetic and without energy, also recycling most of the comments that we are tired of hearing in previous versions of the game. The duo of Carlos Martinez Y Maldini in PES 2015 They are equally bland, so in this section, except for personal tastes for some musical themes or others, both titles deserve a touch of attention.

This is undoubtedly the most difficult aspect to evaluate. On one side, FIFA 15 It is not receiving very good eyes from its most loyal users the changes introduced in the gameplay. First of all, the pace of the game is sometimes too fast, returning to the dreaded “street runner” scheme and bringing the program closer to an arcade tone than a simulation one. Next, the defenders present two problems: reaction time -often the attackers will surpass us- and the speed at which they move, less, with which we have a significant imbalance. PES 2015 bet on a more balanced rhythm, with solid defenses, players who tire as the game progresses or the inclusion of manual movements -which gives more control over the ball and the plays-, although it is true that this last characteristic does not work so well as we would like. In short, it seems that FIFA 15 It has been spiced up with a certain arcade touch -which takes it away from its classic approach-, while PES 2015 It seems to have found that balance that I have been crying out for for so many years.

The spherical, one of the great protagonists of the encounters, returns to have a great recreation both in FIFA 15 like in PES 2015. In the title of Konami The right balance has finally been found for the weight of the ball, with a more natural feeling when carrying it on the foot and in its reaction to passes. In FIFA 15 the level is equalized, although the speed at which the ball moves in distant shots still lacks realism. Another notable role is that of the goalkeeper, who still needs to improve in both games. In the case of FIFA 15, animations and movements have been gained, but the goalkeeper has lost efficiency, so much so that sometimes we can see the most ridiculous goals or errors from big starts. The goalkeepers of PES 2015 they have seen improvement, with more solvent starts and shots outside the area and are more effective in rejections, but they still have late reactions to close shots and can fail to block some single balls. In this case, FIFA 15 wins in animations and movements, although it goes a step back, while PES 2015 it goes to more, but both titles need to perfect their goalkeepers.

FIFA 15 It has a very complete and deep career mode, where we can act as a manager – deal with signings, sales, quarry, be a selector … -, enjoy elaborate menus, with news and emails, attend leagues and cups as well as personalized tournaments, while matches with Match day They take us to the real matches of the week. In the online field, we have a season system that can even be played cooperatively with a friend, the eleven versus eleven mode and we finish the job with the FIFA Ultimate Team how much it is hooking users.

PES 2015 allows you to play licensed leagues and cups, in addition to custom ones, highlighting the Champions, the Europe League wave Liberators, although it is obvious that equipment without a license is out of tune. The Master league It is one of the most prominent modes, where we can play with real or created teams, and which has undergone an improvement that makes it more accessible, with improvements in the transfer system. Be Legend is also another of the featured modes, while MyClub pretends to be the reply to FIFA Ultimate Team, although it is still far from the offer of content with respect to the proposal of the title of SHE. We also have the classic online cups and eleven versus eleven matches.

Clearly FIFA 15 he takes the cat to the water, once more. But beware, what PES has been growing in options and content in this regard. The game of SHE It has a large number of leagues and divisions, highlighting those of countries such as Spain, France, Italy, Germany, England, Holland or Portugal, with the addition of the Turkish league as well as different leagues from the South American continent. Of course, we have incredible databases as well as real stadiums. However, the Brazilian league has been lost and the national teams seem short in number. PES 2015 It puts the first two Spanish divisions within our reach, the Italian, the French and the English, adding the Eredivise, Portugal and several South American ones – here we do have the Brazilian one. Of course, we have shortcomings such as the lack of licenses for teams in England or the absence of the German league, although we can see some compensation with Libertadores, the Champions or the Europe League.

PES 2015 It is probably the best installment of the football saga of Konami in the last six years and could be the turning point in which the franchise will take off again. Conversely, SHE seems to have relaxed this year with FIFA 15, probably because of the tranquility that his dominance has transmitted to him in recent years. The playable changes of FIFA 15 have not liked the most loyal bases of the franchise of SHE, while PES 2015 seems to be going in the right direction of balance. Even with everything, both titles continue to be improved. Where it does seem that FIFA 15 can get chest is in the number of licenses available, something that has historically been one of the weaknesses of gaming Konami.

It is quite difficult to decline for one or the other as a clear winner and I would say that the balance is oscillating doubtfully between both titles, since the match is very balanced this year: it should be the player who, after taking into account the different game modes, available licenses or gameplay, which of these aspects will influence him the most and make the victory ultimately opt for FIFA 15 or PES 2015.