Why Adidas is dropping out at the IAAF, but not at Fifa 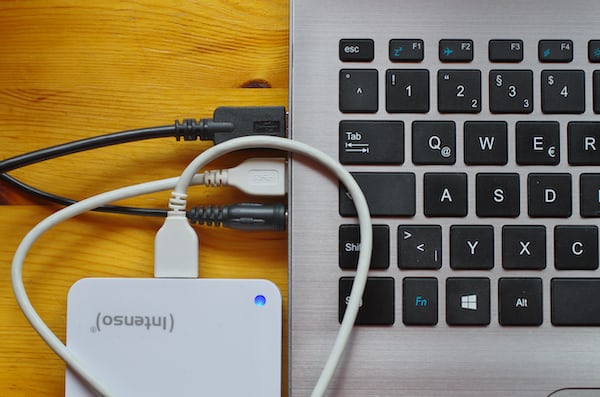 Why Adidas is dropping out at the IAAF, but not at Fifa

It is about bribery, extortion, corruption, money laundering, suspensions, doping and bans. We’re not talking about Fifa here, but about the IAAF – the World Athletics Federation. Here top officials have enriched themselves at the expense of the athletes. But that also applies to the Blatter system in the world sports football association Fifa. So why is the sponsor Adidas withdrawing from athletics but not from the football association?

It all sounds like a bad joke: The IAAF knew about doping in top athletes, and there was also corruption related to the awarding of the 2019 World Athletics Championships in Doha / Qatar. In the case of the 2010 Fifa World Cup in South Africa, an entire country was redesigned and cannibalized for Fifa’s big business. We know the circumstances in the run-up to the World Cup in South Africa: from the resettlements, an eviction and “cleanliness” policy, from stricter judicial procedures against criminals who were abolished after the World Cup, from many jobs in the construction segment, hotel business or retail (up to 40,000 temporary jobs) – everything for the World Cup. Little is left of it. The scandal is even being investigated by the FBI. Adidas is withdrawing from the IAAF, but has remained at the side of Fifa for more than 45 years. How can that be?

The friendship between FIFA and Adidas

At the beginning of the FIFA scandal, sponsors tried to distance themselves from Blatter and the association. The burger chain McDonald`s withdrew its trust in Blatter. Coca-Cola asked FIFA to appoint an independent commission to regain the lost trust of football fans. Adidas jumped on this bandwagon. “The Adidas Group pursues the highest standards when it comes to ethical behavior and compliance. We expect this behavior from our partners too, ”it said. “As emphasized several times in the past, fundamental changes must be made at Fifa in the interests of football. The reform process that has been initiated must therefore be continued transparently and quickly, ”said Adidas spokesman Oliver Bürgen. But the words were not followed by deeds, the sponsors remained loyal to the football association.

Exactly the opposite happened at the IAAF: As soon as it became known that the former IAAF President Lamine Diack wanted to cover up Russian doping cases, Adidas decided to withdraw. Cooperation with an association that deliberately promoted doping is out of the question for the largest sporting goods manufacturer. For comparison: Even when the tour winner Jan Ullrich and his team Telekom were blown up as dopers in 2006, Adidas parted ways with them and distanced themselves from professional cycling.

In the wake of the Fifa corruption scandals, which have been popping up again and again since 1999, Adidas is holding back for one reason: It depends on the Fifa arrangement. According to FIFA’s sponsorship statutes, only one company is permitted per economic category: Adidas or competitor Nike. Adidas has been in charge as a sports outfitter at Fifa for 45 years – you don’t give that up so easily. To date, Adidas has never considered terminating the collaboration.

Moral questions must always be weighed against financial ones. That is why it was so easy for Adidas to leave the IAAF, but not so far at Fifa. W.hen brands like Adidas, in the case of the IAAF, try to take a moral stance in order to protect their brand, that’s understandable. What does not seem right, however, is the fact that double standards are used. Adidas is no longer investing in the IAAF because athletics is nowhere near as important as football. The merchandise market, TV rights, jerseys, balls, TV spots – the entire Adidas sales program is based on football – and not just during World Cup times. The big difference is that decisions about the IAAF are made morally, but when it comes to Fifa, decisions are made strategically.

There were decades when Adidas and Sepp Blatter were married. He wore Adidas and even visited the corporate headquarters in Herzogenaurach. And Herbert Hainer, still CEO of Adidas AG, recently commented on the cooperation with the DFB, which is also involved in the corruption with Fifa, as follows: “I can’t imagine why we shouldn’t continue with the DFB”. For the 61-year-old, the last few months as Adidas boss are beginning. The new at the top, Kasper Rorsted, could think about this attitude towards Fifa and the DFB again.

In the end, one thing is very clear: Large companies see a chance of winning in a soccer World Cup and don’t care about morals and forego basic entrepreneurial attitudes. But one can confidently whistle about the presence at the IAAF.