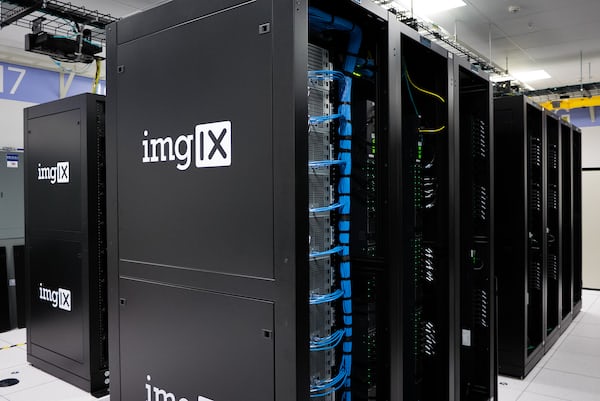 E3 has officially started with the Electronic Arts press conference. Although our E3 correspondents Peter, Tom and Leon have not yet set foot on American soil, we already have our first E3 preview ready for you. Our Leon 2.0 recently went to Paris to get a first impression of FIFA 18 and after weeks of radio silence we can finally tell you everything about this football game.

Last year FIFA was marked by a number of major changes. For example, FIFA 17 brought an extensive single player experience with The Journey, in which you tried to reach the English top with Alex Hunter. Also under the hood was a lot of work on FIFA, because the Ignite engine was exchanged for the Frostbite engine. On a technical level, however, this appeared to yield very little, because FIFA 17 ultimately did not make any major graphical steps. This year FIFA seems to contain less eye-catching innovations, although EA has indeed made a significant optimization. For example, the displayed players look a bit more realistic and the stadiums also look a lot more colorful and lively.

Recognition is important in this edition of FIFA, according to lead gameplay producer Samuel Rivera. This is reflected, for example, in the advanced animations that have been put into the game under the name of the new ‘motion technology system’. For example, the characteristic running of top players such as Cristiano Ronaldo, Arjen Robben and Raheem Sterling can be found almost one on one in the game. However, the more advanced animations also have advantages in terms of gameplay, because animations flow into each other more smoothly. For example, in previous FIFA games, the animation to turn left had to be completed before you could use a different direction or movement, which created a sense of input lag. The faster transition from one animation to another makes FIFA 18 feel significantly smoother.

The aforementioned recognizability is not limited to stadiums and players, but can also be found in teams. If you play against a computer controlled team, there should be more variation in playing styles. Because of this, it really matters what kind of team you play against. For example, Barcelona will adopt a tiki-taka tactic, while other clubs rely heavily on the long ball or adopt a catenaccio-esque approach. The big question here is of course to what extent we see this reflected in the other teams. During this gameplay session we only got to work with top clubs like Juventus, Bayern Munich, Chelsea and Real Madrid, but FIFA has a lot more competitions to offer. Whether you also benefit from more recognizable players and playing styles in the Eredivisie, we will probably only discover in September. Regardless of the chosen club, you will in any case benefit from the improved AI of your teammates in FIFA 18. You should especially think of the positioning of the players without the ball. In this way, the width of the field is used better, which prevents the axis of the field from being flooded by players. You will also notice that there is a bit more support when attacking, so that you can almost always safely play back to a detached player to keep the ball in the team and start a new attack.

After the success of The Journey, a sequel to this could of course not be left behind in FIFA 18. As the name The Journey: Hunter Returns suggests, you will once again work with Alex Hunter. It also applies to this mode that you do not have to expect an earth-shattering innovation, but that it is all a lot slicker than in FIFA 17. For example, you can now customize Alex Hunter at your own discretion through his haircut, clothing and, like it is a contemporary soccer player befits, tattoos set. In addition, you can find a whole host of new characters and destinations in The Journey: Hunter Returns, where you can also get to work with some characters other than Alex. Finally, the options that you are presented with in the various dialogues have also been tinkered with. Decisions must have more impact than was the case in The Journey and this also results in story branches.

In addition, there are plenty of smaller changes that may seem to have little impact, but prove extremely useful once you get started (especially if you return to FIFA 17 afterwards). A good example of this are the ‘quick subs’, in other words: the possibility to switch players quickly. No longer do you have to go to the pause menu to change a player, much to the chagrin of your opponent. Instead, during dead game moments you can call up a small menu at the bottom of your screen with one push of a button, where it is suggested which player (for example because of an injury, condition or yellow card) can be substituted and which bench seat will be added. Just accept it and before the cutscene for a corner or free kick is over, you have a new man on the field. Ideal for keeping the pace in the game.

Don’t expect big new modes or other huge changes from FIFA 18. Instead, EA has mainly implemented a much-needed optimization stroke and it does not seem to be going to miss its effect. Thanks to the new ‘motion technology system’, the game feels smoother, teams and players are more recognizable and subtle changes such as the ‘quick subs’ system do FIFA 18 a lot of good. In addition, fans of The Journey can experience a whole new adventure with Alex Hunter. Still, not everything about FIFA 18 has been revealed yet. For example, we can expect more information about Ultimate Team during Gamescom and we will undoubtedly hear more about FUT Icons, which lets you play on PlayStation 4, Xbox One and PC with legendary football players such as (the Brazilian) Ronaldo. Reportedly, we can also expect the necessary tweaks to keepers. How FIFA 18 really plays and whether this all feels sufficiently innovative, we can only judge on the release on September 29.