Hisense Infinity 12, a mid-range that surprises 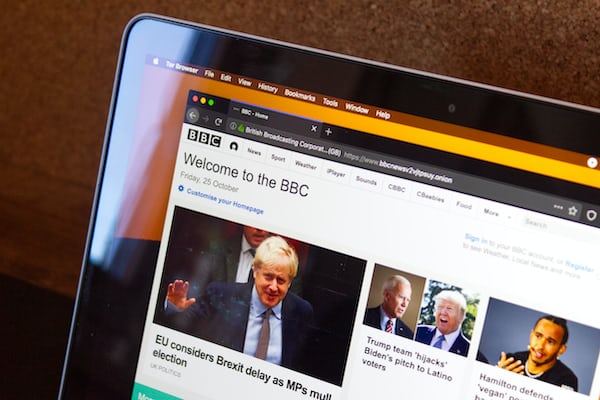 Hisense Infinity 12, a mid-range that surprises

Hisense is a Chinese brand that you are sick of seeing in all the malls, mainly for its televisions. But the reality is that, step by step, firmly, the company is gaining a niche in the sector of «smartphones». The mid-range is its area of ​​action and Hisense has already earned a prominent place.

Hisense infinity 12It is a terminal that, to be honest, has surprised me for good. There are many “smartphones” in the range of 200-300 euros and differentiating is not easy. But I think this terminal, whose price is 259 euros, has features that will attract an average user looking for an affordable price on a mobile that combines “old” with “new.”

To begin with, the Hisense Infinity 12 offers a “premium” design. Obviously, we are not talking about a terminal with these characteristics, but we are not dealing with a plastic or rough “smartphone” either. It combines aluminum with an elegant glass back in pink tones (there are also black and blue), very soft to the touch and not at all slippery, which we can protect with the plastic cover that it includes in its box. Quite a detail by the company, which also gives you a small chamois so that the screen always looks perfect and a protector for it.

The terminal, which weighs only 155 grams, has a 6.19-inch screen with HD + resolution 1500 × 720 pixels. We are talking, without a doubt, about a good panel with an infinite screen effect in which a big notch, where the camera and speaker are located. While it is true that this popular eyebrow tends to be smaller and smaller, or there are even manufacturers that already choose to have it disappear (the newest terminals), the panel is large enough so that it does not bother. But that’s a matter of taste.

Fail, however, the automatic brightness outside. In bright conditions, it is sometimes difficult to see the screen clearly. For example, when taking a photo or accessing the menu. Yes, facial unlocking works perfectly (very fast, by the way), as well as the fingerprint sensor, which is located at the rear of the terminal.

At the bottom is the microphone, speaker and USB-C type input. You already know that this is the last type of connection that all terminals are including and that it allows, among other things, a much faster loading or transfer of data. But, in addition, for the most nostalgic, the Hisense Infinity 12 does not have a jack port for headphones. Luckily, it includes (without having to buy it separately, as it happens with other brands), the adapter so you can listen to music with the headphones that also come in the box. By the way, very similar to Apple’s EarPods. They fit perfectly and offer decent sound.

On the left side, the terminal has a button that allows quick access to Google Assistant, very useful, and the slot for the cards. On the right, the traditional volume and on / off buttons. And in the upper area, another microphone.

With regard to its photographic capabilities, the Hisense Infinity 12 mounts a 12 Mpx double rear camera with ƒ / 1.8 aperture and another 5 Mpx with LED flash for night shots. In addition, it captures images with a “bokeh” effect and records video at 1080p and 30 FPS. The front, 16 Mpx and aperture ƒ / 2.0 with flash, has a «selfie» light so that nothing goes wrong. It also records video at 1080p and 30 FPS.

The best is your Artificial intelligence that allows you to choose between the predetermined scenes: portrait, beach, snow, sunrise … The 120 scenes it offers are of great help for those who are not very adept at taking photographs. In good lighting conditions, the photos taken by the Hisense Infinity 12 are good. The much demanded beauty mode, the “bokeh” effect or the HDR also help to get good snapshots.

With regard to performance, its powerful 3,500 mAh battery, which has lasted me a day and a half on occasion. Of course, these data are always relative because it depends on how we use the terminal. But keep in mind that the Hisense Infinity 12 is not a “smartphone” for “gamers”, so its autonomy promises for anyone looking for a terminal that does not want to charge it daily. Yes, it can be used for games (in fact some are pre-installed), or to watch series, testing a screen that offers a very decent resolution and sound. In these cases, the battery is noticeable. And it takes just over two hours to charge. It should be noted that does not have a fast charging system.

And it is not a “smartphone” for “gamers” either because has 4GB of RAM and 32GB of internal memory expandable with micro SD up to 160 GB. These characteristics must be taken into account because for some users they will be insufficient. Not for others. The same thing happens with the processor you mount: a Qualcomm Snapdragon 450 eight-core.

Although it is true that it does not incorporate a state-of-the-art chip or has high performance, the performance of the Hisense Infinity 12 is assured for an undemanding user, looking for a decisive but simple terminal as well as modern in terms of design and certain features (such as facial unlocking, Google Assistant or camera options). Works on Android Oreo.