PS5 vs Xbox Series X: Which Console Is More Powerful and Which Should You Buy 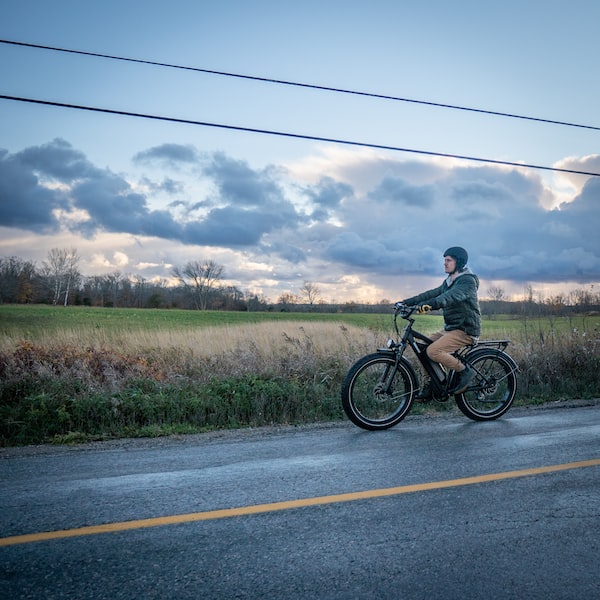 The new generation of consoles will be launched at the end of 2020. Microsoft will launch Xbox Series X And Sony will launch PlayStation 5 ( PS5 ). However, while both consoles will have very similar hardware made by AMD, each will have major differences in performance or functionality.

We already know everything on the architecture of the PlayStation 5 and we know all the details that are hidden behind its final design, its vast catalog of games and the new DualSense controller that was revealed during the PS5 unveiling event.

Both consoles have a AMD 8-core and 16-wire processor based on architecture Zen 2 at 7 nanometers. However, the frequencies reached by each are different. That of the PS5 goes up to 3.5 GHz, while the one for Xbox Series X reaches 3.8 GHz. This frequency is with 8 cores and SMT disabled. SMT is AMD’s equivalent of Intel’s HyperThreading.

Currently, PS4 and Xbox One games are designed to run with seven cores, of which one is left for the system. Therefore, the first games we see on consoles will use 7 cores with SMT disabled and once the engines adapt to the new consoles, we will proceed with using SMT.

SMT improves the multicore performance of processors, but in return the frequency is lower. On Xbox Series X, the frequency will be 3.6 GHz with SMT enabled, and Sony says the frequency with SMT will be “variable”, but it will be less than the 3.5 GHz the chip will operate on.

The Xbox Series X thermal solution is likely to be better, so they were able to get a higher frequency into their chips. Sony will have a slightly odd design, where the console will consume a certain amount of power and it will be the processor that will adapt if the temperature allows.

In the graphics card we find a situation similar to the one we see with the processor, in which the one we will find in the X series will be more powerful. Both will be graphics cards based on the new architecture RDNA 2 by AMD, natively compatible with DirectX Raytracing.

This performance figure cannot be directly compared to the previous generation consoles, as the new teraflops are “different” and you get more performance per teraflop than before thanks to the new AMD architecture. Therefore, Xbox Series X is not twice as powerful as Xbox One X, but rather twice as powerful despite Xbox One X reaching 6 TFLOPs.

The memory will again be shared by the processor (RAM) and the graphics card (VRAM), where we find a total of 16 GB of GDDR6 memory. In the case of the Xbox Series X, 10 GB will be reserved for the GPU, while the remaining six will be divided into 3.5 GB for the standard memory and 2.5 GB for the operating system. Sony has not yet detailed how the split will unfold, but the Xbox’s 10GB will be faster (560GB / s) than the other 6, which will go to 336GB / s.

What Microsoft has revealed for now is that changing games can be done almost instantly. Games loaded into RAM will be saved to the SSD when we switch to another, which will allow us to follow a game exactly where we should have loaded only a few seconds.

Additionally, developers will be able to innovate and change the way games are designed, where until now some levels have been designed to eliminate loading times and allow time for the console to load.

In both consoles this space can be expanded. The PS5 will accept NVMe drives, but Sony will allow the addition of SSDs from other manufacturers. Xbox Series X will have an add-in card slot whose performance is still unknown. The cards, calls Storage Expansion , are proprietary in design and developed by Seagate, with 1TB of capacity each.

In turn, both consoles will continue to allow the use of external hard drives and SSDs via USB, thanks to which we will be able to continue adding more space in a comfortable way as could be done until now.

Both consoles will present HDMI 2.1 , the latest connectivity standard, offering up to 4K at 120Hz or 8K at 60Hz . With the former we will be able to get the whole game from the best TVs on sale today, where the best Samsung QLED and LG OLED hit 120Hz and some games will have the ability to play at that frame rate per second; especially in online titles. All Xbox Series X titles will be 4K and the frames they reach will depend on the title.

There will also be compatibility with the variable refresh rate (VRR) and the mode Auto Low Latency (ALLM) , which will eliminate the tearing and reduce the input lag, where the TV will only show the frames generated by the console. There are currently few compatible TVs, but gradually there will be more on the market.

There compatibility with previous versions is another point in favor of the Xbox Series X, where you can use almost any Xbox, Xbox 360 and Xbox One. And not only do you get the discs directly like with Xbox One X, but the console will also detect if there is a package of textures or elements like the ability to run a game at more frames per second or at a higher resolution.

For its part, Sony claims that the console will be compatible with over 4,000 PS4 titles, but they have not provided in-depth details on how this backward compatibility with PS4 will work, which should be very simple because both consoles share the similar x86-64 architecture. to what we find on a PC. Therefore, if you have an Xbox, you can sell your current console and keep the games to play them on your new X Series. And in principle the same with PS5.

The controller Xbox Series X has a very similar design to its predecessor, picking up some elements of the Elite controller. For example, we found an improvement in latency with Dynamic Latency Input (DLI), which synchronizes the sampling of the remote and the TV. This feature will also arrive on the Xbox One controller. The D-Pad has changed and has a texture that makes it easier to press the buttons. The rear triggers have a rough texture for easy touch.

In addition to controller PS5, DualSense offers a tactile vibration motor, as well as pressure-sensitive triggers that adjust in intensity according to the game, like when we go to shoot a bow. It retains the tactile handle, has a microphone and is slightly larger than its predecessor.

Both controls will have doors USB C and, in the case of the Xbox, Bluetooth connectivity is also included so you can use it on multiple devices.

Both consoles have chosen to enhance a design that puts them on their feet, although we can also put them horizontally if we want. In the case of the Xbox Series X, we will have Ethernet, USB 3.2, Ethernet, HDMI ports and vents for the fan, which blows up the air. However, the optical connector was lost.

From the PS5 design it is surprising that there are two models: one with a Blu-ray player and another exclusively in digital edition. They both have a USB A port and a USB C port on the front, as well as the power button. As for the rear connectivity, we don’t know anything yet.

As we see, Xbox Series X is better in almost everything compared to the PlayStation 5. The only thing a better PS5 will have at the moment will be the SSD, which will be faster, although it has a little less capacity. In the absence of knowing the price, Microsoft is currently at the forefront in terms of performance and have also confirmed the departure date for the 26 November 2020.

Games will be a key factor in deciding which console to buy, since PlayStation exclusives are generally better than Xbox ones, in addition to the latter we can play them on PC.