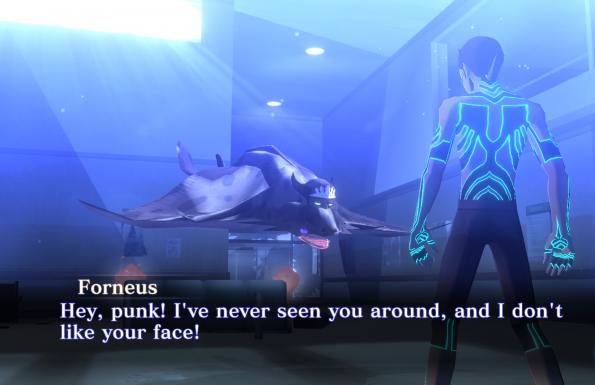 Do you suffer from chronic Persona deficiency? Fear none, because Atlus will bring us another revamped classic in May, in which we have to save the world with a half-demon guy!

2003 was a strong year for PlayStation 2 owners. Jak 2, Beyond Good & Evil, Prince of Persia: Sands of Time, Need For Speed: Underground, and many more great games saw the light of day. The Megami Tensei series, released under the auspices of Atlus, did not even embark on its conquest yesterday. The first part was Digital Devil Story: Megami Tensei, published in 1987, based on Nisitani Aja’s short story of the same title. It is important to get to know these games in more detail, because Persona also grew out of this series later, the part of which we have been dealing with the subtitle Strikers not so long ago. The first Megami Tensei RPG to be released outside of Japan was the 1996 – quasi-spin-off – Revelations: Persona, but it wasn’t until 2005 that she set her foot on Europe more seriously with the series, Shin Megami Tensei 3: Nocturne. Interestingly, although Nocturne appeared in Japan as early as 2003, it had to wait an extra 2 years on the old continent, and even then it arrived as Shin Megami Tensei: Lucifer’s Call.

The subject of this preview draws not only from the 2003 original, but also from its 2008 expanded version, Shin Megami Tensei 3: Nocturne Chronicle Edition, which fans may be familiar with from the guest starring Raidou Kuzunoha (Devil Summoner 2: Raidou). Kuzunoha vs. King Abbadon). I know it’s a little complicated, but it’s nice in Japanese video games. To this day, it is customary for a particular program to appear there much earlier (and sometimes under a completely different name, see Biohazard / Resident Evil), which only reaches us years later – although most of the time it has been expanded with extra content. By the way, Shin Megami and similar games mix demon summoning, occultism and classic Japanese folklore, in all quantities. Atlus, of course, also likes to line up more common themes, often in a socially critical tone (the most glaring example of this is Persona 5 to this day), and something really tasty is born from the resulting mix. 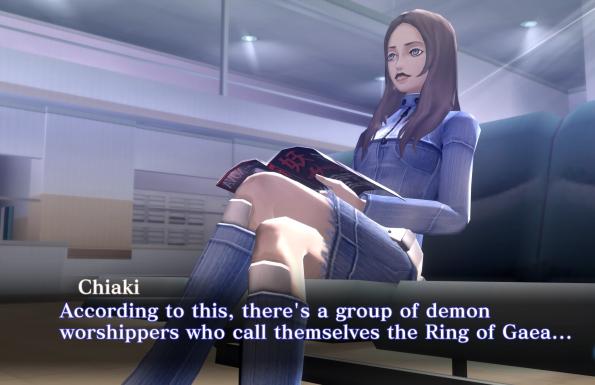 Nocturne is also very similar to the basic concept of Persona games. There’s an anonymous, high-school protagonist who arrives in Tokyo to then witness the Japanese capital pretty slowly being swallowed up in total chaos. Roughly after the first half hour of the game, an all-destroying cataclysm (here’s a Conception) occurs, creating the Vortex World occupied by demons. Our protagonist is almost dying, but thanks to Lucifer’s powerful intercession, half as a demon, in a form called Demi-fiend, he still gets another chance. His heart remains human, but armed with otherworldly forces, he can cut to the liberation of the world, even putting some of the beings in the Vortex by his side. Nocturne is much less concerned with student life and its attendants (these were later developed to perfection by Persona, who ran as a stand-alone series), but draws a nice big spoon from Gnosticism or Buddhism, for example, but of course also reflects some modern pop culture. Camera management has changed a lot compared to previous parts: the FPS view has been abandoned and replaced by TPS wrapped in cel-shaded graphics (spiced with a few fixed camera locations). The turn-based combat system, wandering in the dungeons, and memorable NPCs, on the other hand, remained, complemented by the wonderful melodies of Atlus ’home composer Meguro Soji.

After 17 years, we’ve gotten to the point where Nocturne is finally getting the wrinkle stitching it deserves. The 3D models and backgrounds have been reworked, with Merciful added to the basic two difficulty levels (Normal and Hard), which was designed specifically for beginner or story-focused players – well, but more on that later. A further relief is that with the help of Suspend Save we can now save a game position anywhere, anytime, and of course we can freely switch between Japanese and English dubbing. The redesigned graphics have really been very nice (especially the light effects are worth a look), but I wouldn’t recommend the Merciful difficulty level mentioned earlier to those who would be familiar with the game as a new entrant – unfortunately it will be ridiculously easy for almost every fight. For those looking for an old school challenge, there’s Normal, and for old bikers, it’s Hard. Unfortunately, we don’t get a harder grade than these either, though I’m sure fans of the base game – who have already played through the adventure several times – would have been happy for it. The basics of the gameplay weren’t overly fussed, the results of which I’d ​​rather explain in my more comprehensive test at the end of May – we’ll delve deeper into the story then as well.

Now the thing is, Atlus is bringing us another lesser known classic. Although it is less spectacular from today’s point of view (unfortunately, the transition videos also retained the 4: 3 aspect ratio), it is important to emphasize that if we wanted to play this part so far (and say we don’t live in Japan), we had to use either an emulator. to tickle or burn an old PS2 – possibly a PS3 if we bought it digitally. In May, on the other hand, in full HD, on a big screen, with a revamped visuals and a ton of extra content (Nana, Dante is coming too), we can raided post-apocalyptic, deserted, strange creatures in Tokyo, a Shin Megami Tensei game that took a long time. to finally come among us.

How to turn off notifications on Windows 10. Do you find that Windows 10 and…